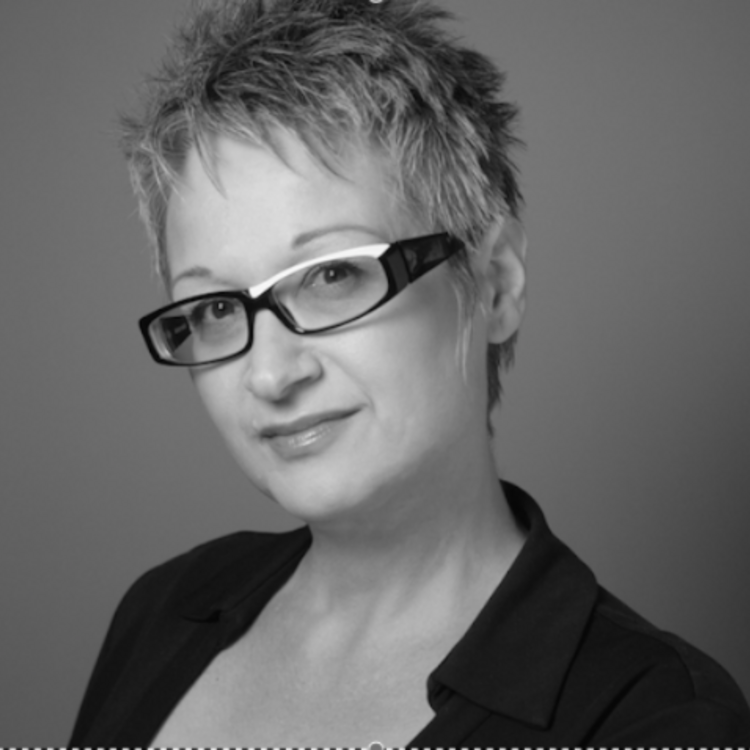 Summers are typically abundant with theatre festivals, and this July featured a pivotal three-day event, the Carnaval of New Latina/o Work (July 23-25, 2015), in Chicago, Illinois. Over the course of three days, the festival offered readings of eight full-length plays and ten-minute excerpts of four plays. Nearly all of the presented work was distinguished by strong dramatic writing that, without exception, was well directed and superbly acted. The consistent strength, sophistication, and nuance of the performances made Chicago appear a veritable mecca for Latina/o actors.

Hosted by the Theatre School at DePaul University and chaired by director Lisa Portes, the Carnaval presented a showcase of work, in various stages of development, by a range of voices, from established to emerging playwrights. Distinguishing characteristics of Latina/o theatre have historically included the incorporation of Spanish words and phrases and engagement with foundational genres like the acto and docudrama. The plays featured at the Carnaval also—and perhaps more resoundingly—evidenced influences from multiple traditions that traversed from Luis Valdez and María Irene Fornés, to Federico Fellini and John Steinbeck and drew from folklore and feminism to video games and the Old Testament. These rapidly evolving and complex contours are what situate this current work in Latina/o theatre as representing a vibrant New American theatre where cultural specificity is an organic and welcome core of storytelling.

The plays featured at the Carnaval also evidenced influences from multiple traditions that traversed from Luis Valdez and María Irene Fornés, to Federico Fellini and John Steinbeck, and drew from folklore and feminism to video games and the Old Testament.

The Carnaval program of eight staged plays covered a lot of exciting and provocative ground, exploring themes of gender, sexuality, family, and intimate partnerships in some very intriguing ways. The Living Life of the Daughter Mira by Matthew Paul Olmos (directed by Carlos Murillo) and Sweep by Georgina Escobar (directed by Henry Godinez) both imagined travelers through time: Olmos’ play charts the life of a young girl named Mira, beginning with the initial conversation she has with her father at the moment of conception, and Escobar’s play explores the lives of two women who traverse a multiverse and its many eras to correct humanity’s imperfect patterns. The song and dance infused Perfectamente Loca/Perfectly Insane by Magdalena Gómez (directed by Marcela Muñoz) and the delightfully dark modern day fairy tale, Wolf at the Door by Marisela Treviño Orta (directed by Lisa Portes), address the generational legacies of violence against women and the ways women respond individually and collectively to forge spaces of healing and change.

Conversations about feminism, masculinity, and queer sexuality percolate within the plays Parachute Men by Mando Alvarado (directed by Ricardo Gutierrez) and Swimming While Drowning by Emilio Rodriguez (directed by Alexandra Meda); both feature male protagonists who feel disenfranchised from family and culture and grapple with self-love as they attempt to find comfort in their own skins. Más by Milta Ortiz (directed by Tlaloc Rivas) and Mother Road by Octavio Solis (directed by Juliette Carrillo) are works that engage with history and work from pivotal source stories: Más is a docudrama that examines the banning of Mexican American Studies in the Tucson Unified School District and the intersecting levels of crises that unfold; Mother Road is an epic tale that brings together the last two descendants of the Joad family in The Grapes of Wrath, including a young Latino ex-migrant worker who is the only surviving relative of William Joad, to chart the process of building the future of a new American family.

For the program   “Las Cuatro: Exploring the Work of Migdalia Cruz, Amparo Garcia Crow, Virginia Grise, and Diane Rodriguez,” Carnaval steering committee members comprised the ensemble of actors and directors realizing ten-minute experts from four plays. Set in 2069 in   the Ignited Dominions of Amerika, Cruz’s Satyricoño is a contemporary take on Fellini’s Satyricon. Garcia-Crow’s Appeal: The New American Musical of Mexican Descent   is a musical docudrama based on the life of civil-rights activist Gustavo Garcia and his Texas court case to integrate the schools. Grise’s Siempre Norteada: Always Late, Always Lost explores the journey of a lesbian Tejana moving to New York to find her muse. Rodriguez’s The Sweetheart Deal tells the story of a family of professional performers joining the farmworkers movement, with the play alternating in stylistic presentation between dramatic realism and acto performance, inclusive of El Teatro Campesino artistic conventions.

Adding to its historical gains, the Carnaval is the first national Latina/o theatre festival to include dramaturges as members of the artistic teams. Among the Carnaval highlights   were the post-play conversations to “Las Cuatro” led by Isaac Gomez and Catherine Maria Rodriguez, who also served as dramaturges for the program. While all too brief, these moments nevertheless allowed the audience to hear from the playwrights with dramaturges thoughtfully fostering meaningful conversation around matters of process, vision, and aesthetics. Noticeably absent were questions about culture and diversity, topics that comfortably remained at the margins because the context of the festival did not require situating the playwrights as writing from a Latina/o perspective. Rather, as the work of the Carnaval made most clear, in addition to being Latina/o dramatists, these artists are also visionaries for a New American theatre producing work that both resists and breaks boundaries.

Noticeably absent were questions about culture and diversity, topics that comfortably remained at the margins because the context of the festival did not require situating the playwrights as writing from a Latina/o perspective.

The Carnaval also included an opportunity for participants to join breakout sessions: a writing workshop on the methodology of María Irene Fornés taught by Migdalia Cruz (a renowned mentee of la maestra, as Fornés is so affectionately called) and a lively conversation about the role scholars can play in documenting and expanding the field. To this end, a team of “Wiki-turges” was on-site to update existing Wikipedia entries and brainstorm with participants about creating new pages that reflect the scope of the field. There was also a morning meeting led by playwrights Anne García-Romero, Migdalia Cruz, and scholar Brian Herrera to discuss their campaign to develop a national Fornés Institute to archive, preserve, and forward Fornés’ legacy as an American playwright whose impact includes training an entire generation of New American playwrights to consider culture and aesthetics as mutually informative. Two young theatre artists in the room spoke about the combined inspiration and revelation they found in reading Fornés’ work during their last year of college; both affirmed that exposure to Fornés’ plays earlier in their education would have empowered them to expansively think about craft, imagination, and voice much sooner. Cruz brought Fornés into the room through photographs and a video made during a recent visit with the playwright, who is approaching her nineties and suffers from dementia, yet continues to respond through her love of song. Such moments of emotional impact affirmed the importance of sharing work in forums like the Carnaval. Through these conversations we expand our frame of reference in thinking about the relationship of Latina/o plays and playwrights to a larger American theatre.

The third consecutive annual event sponsored by the Latinx Theatre Commons, The Carnaval was part of an ongoing national project to bring together Latina/o theatre artists to advance conversation about the New American Theatre. The LTC National Convening of 2013 and the 2014 Encuentro both illustrated that Latina/o theatre is a vibrant part of the fabric of American theatre (For more on past LTC events, go here). Responses from these formative events rapidly evolved the path of inquiry about furthering allied engagement and committed action: How to extend the national conversation to make visible to the larger American theatre what has been so clearly evident over the course of these two years of national conversations about Latina/o theatre? How to cultivate not only the recognition of the work but also the investment in producing Latina/o playwrights? These were the springboard questions that launched the format for Carnaval 2015.

At Carnaval, participants came together to update the narrative of the American theatre, a narrative that has for too long relished its exclusivity. Giving testament to the shifting landscape of American theatre and representing a roster of excellence, members of the LTC Carnaval 2015 National Advisory Board included David Adjmi, Quiara Alegria Hudes, Kia Corthron, Nilo Cruz, Naomi Iizuka, Tarell McCraney, Lynn Nottage, Robert O’Hara, José Rivera, Sarah Ruhl, Paula Vogel, and Chay Yew. Festival participants from theatres across the US received a jump drive with digital copies of the plays and access to playwright contact information. This effectively functioned as a way to rebut any of the worn but still circulating excuses for why a Latina/o play has not been produced on a mainstream theatre’s main stage. As the Carnaval made crystal clear, there are excellent Latina/o playwrights telling provocative and timely stories for small and large casts; and there are many incredibly talented directors along with a bevy of actors to help realize the work in theatres across the country. Significantly, not all of the plays exclusively feature all-Latina/o casts. Octavio Solis’ Mother Road is a work artistically rich with poetry that relies on a large and diverse cast to tell a story about the fastest growing demographic in the nation, a demographic that comprises the cities in which nearly all now live.

As the third national LTC event, the Carnaval was envisioned as both a showcase and an intervention. At the closing ceremony, the Carnaval Steering Committee invited Artistic Directors to publicly commit to producing at least one of the plays they had seen. Before the festival even opened, based on their trust in the standards of excellence represented by the selection committee, eighteen theatre companies committed to producing a play by one of the selected playwrights during their next three seasons.

Like the HPP, the Carnaval was shaped by a commitment to playwrights as the bedrock of our theatremaking and an understanding that a showcase of our playwrights is crucial to opening the doors of possibility in theatres across the country. It’s a testament to the success of these efforts that artistic directors from non-Latino theatre companies—ranging from the Goodman Theatre to the Mark Taper Forum, Oregon Shakespeare Festival, and Dallas Theatre Center—have showed commitment to producing Latina/o plays as part of their season. One looks forward to seeing all that will follow from the Carnaval 2015.

***
All photos by Michael Courier.

So smart. Thank you, Dr. Tiffany!

Hi Tiffany, I agree with Trevor Boffone who posted in FB on the excellence of this re-cap. Thank you so much for this!