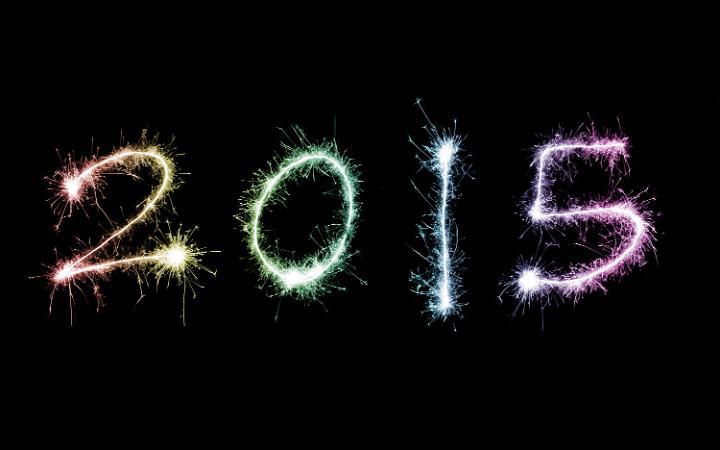 “It's foolish to keep putting contingencies on being creative. Although I would love to have more time to pour into creative projects, I am making peace with day jobs. While I once lamented that I was likely to have a dozen more different day jobs during the course of my life, now I gaze into that future with a bit more wonder, curious about what those roles will be, and what those experiences will break open for me.”

I’m so glad this piece was widely-read, because I believe Melissa taps into an experience so many artists have: feeling dejected that they can’t commit all their time to their art, but discovering that, in fact, all their varied experiences are feeding their work.

I Do Community Theatre by Eli Keel

"Somewhere in there I realized that the word 'professional' had become toxic to me over the years. The amount of self-shaming I did for the money I was or wasn't making as a 'professional' had contributed to a downward spiral, until, halfway through my junior year in a liberal arts college, I realized I was never going to be a professional and sat in the public stairwell of the Creative Arts Center for half an hour and cried.

And I do my best to respect the achieved identities of the theatre professionals around me. The word is still important to many of them…But professional is a word that hurt me, and communities are the things that healed me."

This heartfelt piece by Eli speaks to a similar dynamic that Melissa’s does—your art can be incredibly important to you and a huge part of your life whether or not you make all your money from it, or spend the majority of your time doing it.

On the merits of Yellowface: why casting the “best” actor for the role is actually just a selection of bias in a racist system by Nelson T. Eusebio III

“To the people wondering about why these jobs just don’t go to the best actor: put some representatives of the culture being portrayed in charge and let them decide who the best person to represent them is. And respect it, because white people never have to worry about representation on stage.

And to those who want to continue to perpetrate yellowface on the American stage: you have every right to do that. Just know that with that choice, with the revelation of that bias, there are communities that you are damaging, you are re-enacting racist practices, and there will be people who stand against you.”

Nelson’s blog post is basically a mic-drop to those who argue that it’s fine for a white performer to play a character of color if they’re the “best” actor who auditioned. This piece and the next one were part of a series on Yellowface in the American Theatre curated by Jacqueline E. Lawton.

Why The Mikado is Still Problematic: Cultural Appropriation 101 by Desdemona Chiang

“It matters who has the power to make the story—notice I said “make,” not “tell.” It matters whose story is being made. White people have been making and profiting off stories about the ethnic experience for a long time while creating real life policies that actively exclude them from the social fabric of this country. Having those minorities parrot those stories back does not authenticate them. Black people doing blackface does not make blackface ideologically OK. Asians doing The Mikado does not make The Mikado ideologically OK.”

Desdemona brilliantly uses images to show how anti-Asian-American sentiments have (and haven’t) changed throughout history, making the case that The Mikado is never harmless because of the history in which it is seeped.

Our Differences are our Strengths: Neurodiversity in Theatre by Mickey Rowe

“I put my dichotomies to work for me. It’s about doing the work and being in control so the audience trusts you to lead them, and then being vulnerable and letting the audience see your soul. The skill, study, and training help create the trust. The challenges make the vulnerability. You need both of them. As an autistic I have felt vulnerable my entire life—to be vulnerable on stage is no biggie.”

In this honest, personal piece, Mickey Rowe writes about being an actor with Autism, and makes a compelling case for the need for more neurodiversity in theatre at all levels.

What articles stood out to you this year?

Hi, I’m Ramona, and these are a few of the pieces that have stayed with me long beyond publication. These are only selected from the blog posts I edited, and since I just joined the HowlRound staff in April, there are many amazing ones not represented here!

About Us Without Us: Trans Women, Labor, Power, and Performance by Rosza Daniel Lang/Levitsky

“But “about us without us” runs far deeper than who gets cast and paid. It's who does the casting, whether it's for a Broadway show, a run at Abrons Arts Center, a one-off at Grace Space, or a Monday night dance program at Judson. It's who does the hiring, whether it's called “curation,” “booking,” or “programming.” It's whose script gets a reading, and who picks the playwrights in the series. It's which generative artists get to be in residence, get commissioned, get booked—and even more so, who makes those decisions.”

This incredible blog calls for increased representation for trans women not just on stages but in positions of decision-making power. Rosza’s powerful prose has stuck with me and made me rethink a lot of the systems I’d previously taken for granted.

Non-negotiables: Why You Must Say No by Jess Pillmore

“Whether you work onstage, offstage, or in the classroom, you are required to morph from one project to the next. Flexibility becomes invaluable with each budget cut and freelance gig. In many places, those skills are even applauded—while being taken advantage of. Too often these knee-jerk yes’s put ourselves and our art last. What’s worse, they become a part of an artist’s identity, not one of conscious choices, but one of ‘making do.’”

I always enjoy editing the blogs in Jess’s Sustainable Artistry series, but this one in particularly spoke to me, as I often say yes to any opportunity that comes my way, and feel guilty turning down anything from a chance to dramaturg a reading in an already over-booked month to a drink with a friend on an evening I’d rather stay home.

Adventures as a Woman/Scene Designer by Linda Buchanan

“I came to expect, and got used to dealing with, these regular incidents. Some were actually hilarious, like the guy who managed to flash me by pulling down his sweatpants while riding his bike with no hands. But these constant small actions—always demeaning, sometimes threatening—are messages. You shouldn’t be out alone. Only some careers are appropriate for you. You do not have dominion over your own body. And they have a cumulative effect, resulting in anxiety and decreased confidence in our power and ability to navigate the world. Realistic concern about our safety diverts mental energy that could have been spent on our career.”

I am consistently in awe of designers, whose minds seem to work in a way that mine never could. Some of the events Linda describes here, though, are all too familiar. I really appreciate the way she weaves her personal experiences with larger questions about gender, opportunities, and sustaining a career.

Parenting and Playwriting: From the Mouths of Babes, Feedback by Catherine Trieschmann

Catherine’s Parenting and Playwriting series is also a constant joy to edit, but this installment in particular, describing the first time she took her daughters to see one of her productions, really made me laugh.

Thanks for reading along! I look forward to all that is to come from and with all of you in the New Year.

A retrospective of HowlRound's most popular and thought-provoking content for 2015, curated by HowlRound staff.