One Transgender Youth’s Story on Stage

Throughout the world, I have witnessed “taboo” topics—like death, sex, sexual abuse, suicide, drug and alcohol abuse, human trafficking, mental illness, and gender identity—being explored in theatre by, for, and with young people. In Linz, Austria, I sat with a full theatre of young school children and their teachers as a vagina puppet and a penis puppet discussed their functions. In Puebla, Mexico, I watched a play with youth in which a young girl emotionally struggled as her uncle sexually abused her. In Malmo, Sweden, I witnessed a play with family audiences in which a young character—played by a teen actor—explored masturbation. But in the United States, many theatres ignore controversial dramatic literature and opportunities to help young people think about critical, relevant issues rather than face the criticism that often meets such work.

In truth, companies with “children” in their names often do have to be more careful about what subjects are in the plays they produce; they must consider and at times placate the gatekeepers—parents, school administrators, teachers, even politicians—more than they consider the youth they seek to center. But that’s a sorry predicament. These topics are realities for young people; they are in their lives. However, in the United States, gatekeepers often ignore such realities and fear that theatre for youth will introduce young people to things they already are experiencing. In fact, while the field has progressed and more nuanced dramatic literature is available to producing theatres, children’s theatre is still often left for moralistic plays that have some kind of lesson speaking about issues in a black-or-white kind of way. How can children’s theatre explore critical, relevant subjects without pandering to or shielding youth from the realities of such stories? How might they ensure that the material is not didactic? How might they pass the gatekeepers? 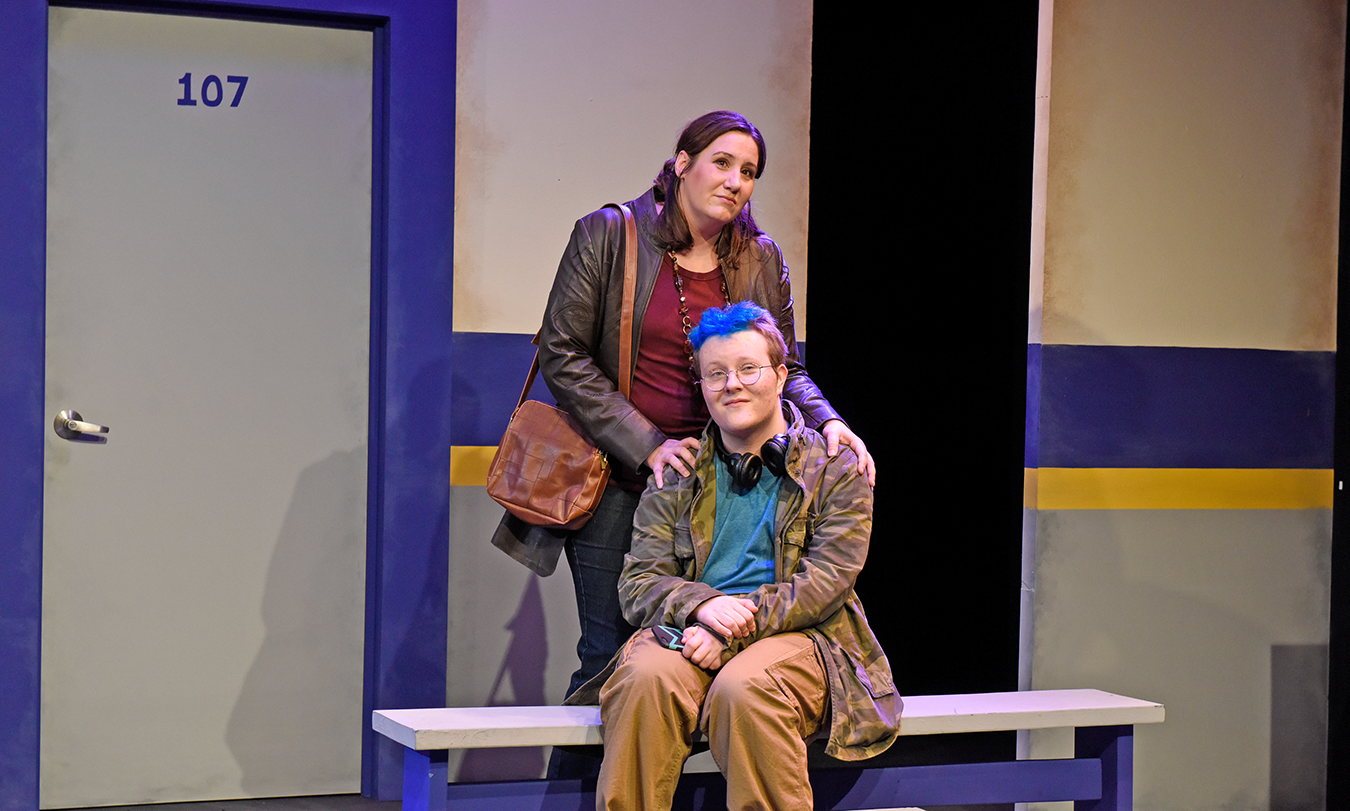 Dallas Children’s Theater (DCT) is one company that doesn’t shy away from controversial subject matter. Their recent production, ANDI BOI, co-produced with Booker T. Washington High School for the Performing and Visual Arts, explores gender identity with the youth in its city, centering Andi, a transgender high school student. While transgender and gender-expansive identity is a topic that’s considered “taboo” by some in the United States, there are over 1.3 million transgender youth currently in the country and the topic must be openly talked about and normalized. Transgender identity is a part of our youth’s reality.

Zander Pryor, who himself is transgender and a high school student at Booker T., played the lead role, Andi; the production included four other high school student actors and three adult actors. The play focuses on Andi’s first day at a new high school, which is also his first day identifying publicly as his male self. As Andi makes new friends, they learn he is transgender and their responses are complicated: confusion, anger, and, in one case, disgust. They grow to listen pretty quickly, though—perhaps too quickly. Pryor explains in his full-page note in the production program:

… Unlike Andi, I had a miserable freshman year. I was convinced that the trans experience was nothing but pain. Pain from my peers, pain from incessant misgendering, pain from my own body when I bound my chest. Now that I’ve survived that dark period, I understand that I don’t suffer from being transgender. I suffer from existing in a world that often rejects trans people or denies our existence…. I’m privileged. I have people who accept me, I go to an affirming school, and I still have a home to return to at the end of the day. But I know the struggles of transitioning, and I’ve learned that life as a trans person can be incredibly beautiful. … I hope for more stories that reflect our complexity and humanity, but I also welcome this simple story of hope.

So, how did DCT do this play? Dallas is, after all, the city where parents are consumed in a legal battle over their seven-year-old’s gender identity with a slew of conservative politicians jumping in to support the parent who denies the child’s identity. Texas is, after all, the state in which a play about two male penguins fathering a baby chick was canceled in 2012. And the United States is, after all, the country in which transgender youth are stigmatized and ridiculed in their daily lives, in media, and in the courts, and are therefore much more likely to attempt suicide than those who are cisgender.

DCT knew that ANDI BOI might take a big hit at the box office, yet the company decided to do it anyway. Grants made the developmental readings plus the performances possible. As executive artist director Robyn Flatt explained, even though “schools were a very hard sell since many of the gatekeepers were hesitant to send their students to see the show, due to the topic, with substantial outside funding we were not dependent upon box office to make ends meet.” 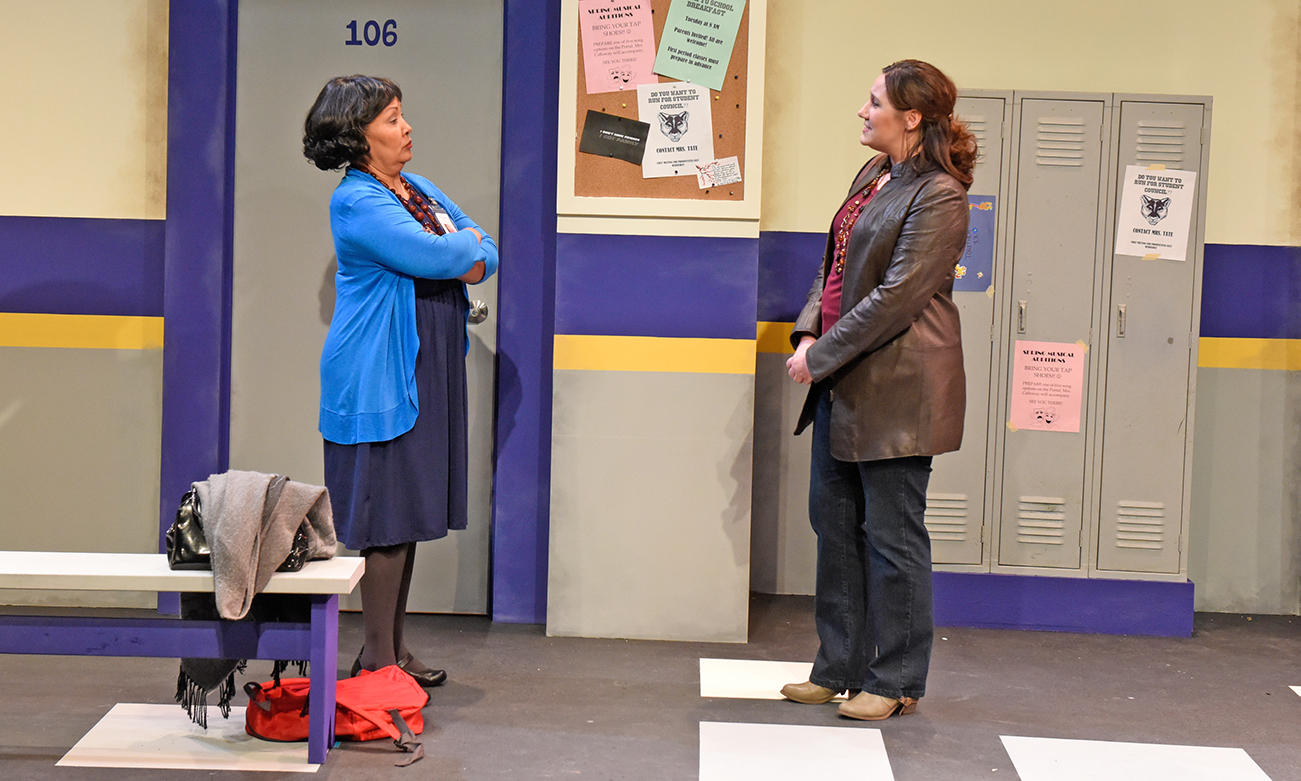 Didacticism in Theatre for Young Audiences

In a HowlRound article about theatre for young audiences (TYA), theatre writer Morgan Green noted: “TYA in the Western World is deeply rooted in the social and cultural acceptance of youth as a group in need of control, protection, and didactic cultivation.” In other words, TYA is expected to teach rather than to invite young people to ask questions about themselves and the world they live in. Some TYA tries to get every teaching into one script, especially with issue-based stories. But ANDI BOI is about Andi; it’s not a teaching tool about transgender youth. That’s where the play defies the traditional notion of didactic TYA.

DCT commissioned Bruce R. Coleman to write the play and then hired him to direct the production in their studio theatre, which seats 150 people. Though not transgender himself, Coleman implies that as a gay man he could relate to Andi given society’s current homophobia and especially what he experienced growing up. “As a gay man, I, too, kept a secret from my family until it became impossible to deny who I was anymore,” he says. “I have been pushed at by a society that wants to squeeze me into a box and force me to be a thing that goes against everything that makes me this person I am.”

DCT knew that ANDI BOI might take a big hit at the box office, yet the company decided to do it anyway.

Still, as Coleman is not transgender himself, he and DCT recognized the need for more transgender company members to help develop the play. Pryor, for example, was invited to be a part of the development of the play from the beginning. Several DCT company members had worked with Pryor before and were eager to engage him in the work. “When commissioned to write this piece,” Coleman said, “my first decision was of course to talk to the young man [Pryor] who inspired the creation of our hero and get some feedback from him. It was also important to me to include the young man’s mother on this journey.” He emphasized, though, that what he created is not Pryor’s story nor is it intended to represent an entire community: it is “Andi’s story and Andi’s story alone.” Not only does that intention lead to good representation, but it leads to good theatre, void of didacticism.

Towards the end of the play, Andi and his mother meet the mother of one of his new friends, Drew. Drew’s mother recognizes Andi’s name and is not pleased that her son has befriended him. When Andi’s mother goes to defend him, Andi steps in and asks her to let him speak for himself. He tells Drew’s mom that he does not care if she approves of him or not, that he doesn’t need her permission to exist. In this moment, audiences hear what is in Andi’s heart, and this helps them to understand his plight. But audiences of the play don’t simply ingest lessons. The plot and characters in the play, including Andi, are complicated. 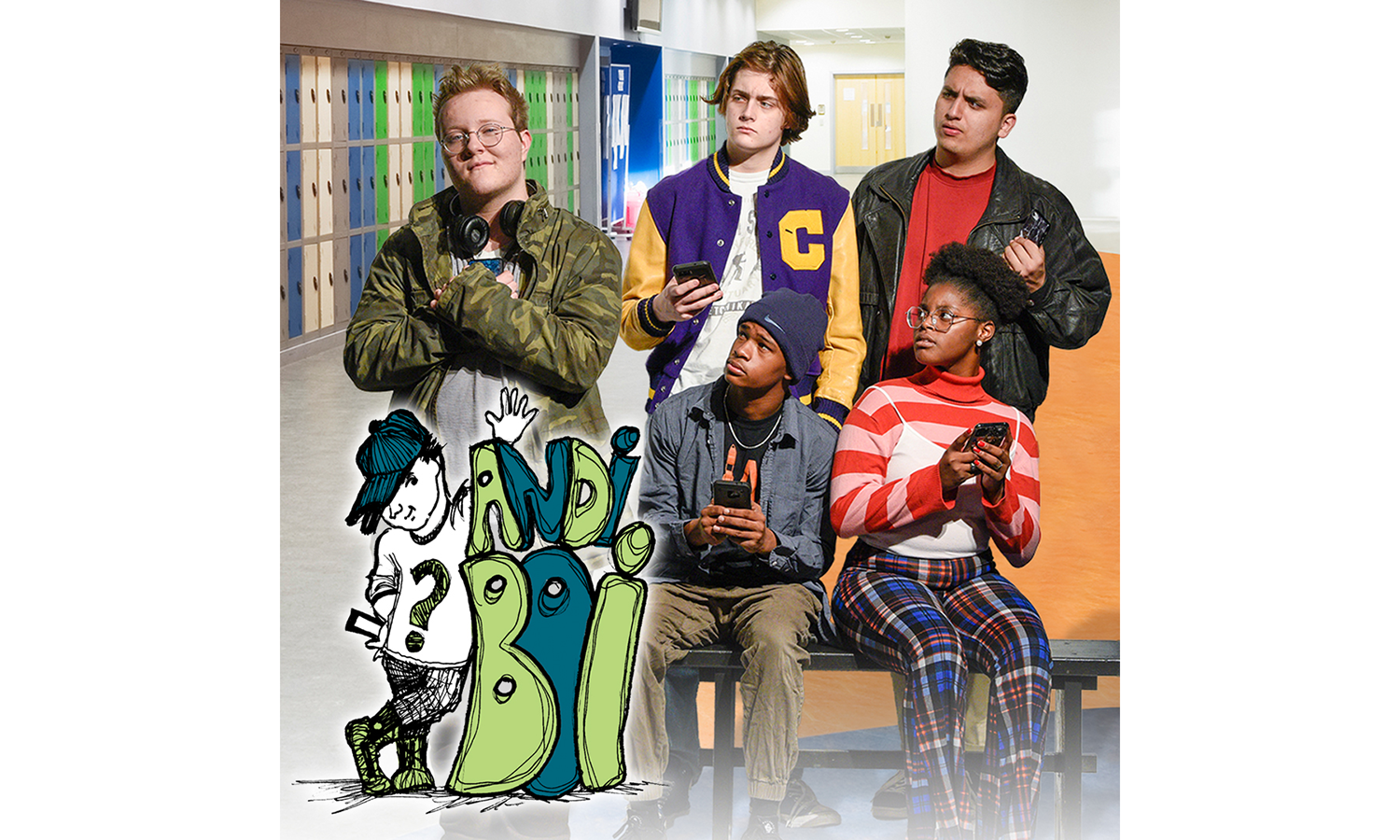 It’s not that the experience of ANDI BOI didn’t teach. I learned plenty in the talkback. DCT took responsibility for educational materials that surrounded and supported this production and the audiences who saw it. Every performance included a post-show conversation, featuring and facilitated by counseling professionals and transgender community members, artists, and activists who dedicate much of their time to advocating for transgender equity. DCT also hosted dialogues in the community around the production and offered resources including a twenty-five-page study guide for youth, teachers, and parents to engage with before and after seeing the play.

The study guide offered a page on terminology—including sex, gender/gender identity, sexual orientation, gender expression, cisgender, and transgender—and another page with questions about the play, some about the play as a whole, thus normalizing Andi’s gender identity, and others about his plight as a transgender teen, like, “Why do you think Drew and Jeremy had a tougher time accepting Andi when they learned about his identity?” and “What fears did Andi have about coming out to his mom?” These resources are vital to helping youth—as well as teachers, parents, and other adults (the gatekeepers)—reflect on the play and extend the experience of watching the production.

How do these companies and how does our country transcend “taboo” topics when it comes to our youth?

A Call for More Real Stories for Youth

Resources are critical for helping to expand the theatregoing experience. As is a compelling, human story—one that matters, one that grabs us and won’t let go. Still, one transgender youth story on our stages is not enough. Children’s theatres in the United States are left with the challenges of finding the funding to develop more stories like Andi’s. And once they are on the page, how do these companies get past the gatekeepers and to the youth who recognize and need these stories most? How do these companies and how does our country transcend “taboo” topics when it comes to our youth?

The COVID-19 pandemic is sweeping the globe right now, and while we are currently rightfully concerned for everyone’s physical health, we must also be mindful of every individual’s mental, emotional, and spiritual health. Many transgender youth live in homes with family members who deny their gender identity or do not support them. For those youth, these times can be especially isolating and difficult. This is not a time to overlook our most vulnerable populations. Their realities have not changed.

Those who create and produce theatre for children must use this moment as a reminder going forward. We can work on prioritizing stories like ANDI BOI. We can work on centering young people whose identities themselves are considered “taboo” in our country. Our most vulnerable populations need these stories. But we must also work toward a reality where the term “most vulnerable populations” doesn’t have to be used at all. If we work to connect these stories with young people, we can move toward changing the plight for the over 1.3 million transgender youth in our communities throughout the United States.