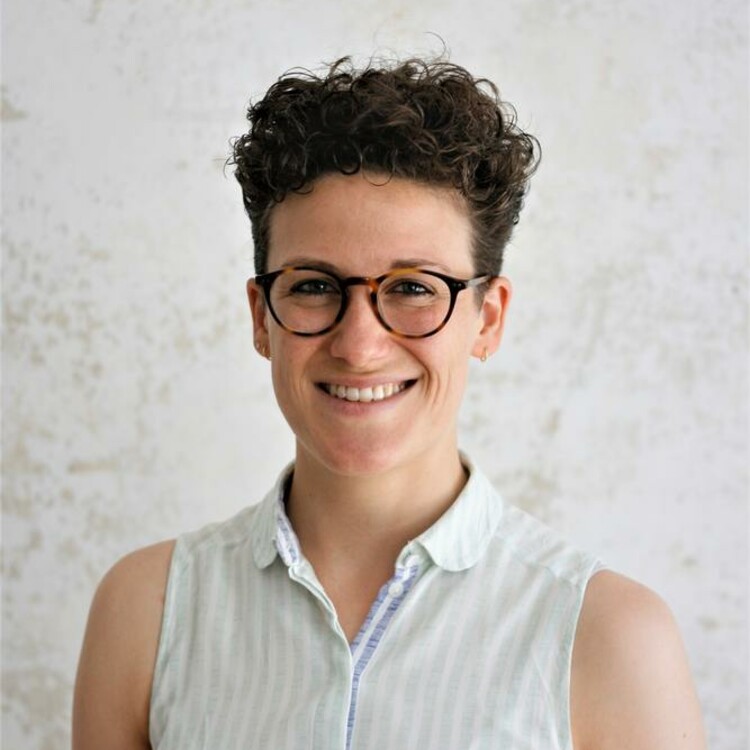 Advocacy for the arts has been one of the central topics of the meetings and research activities of IETM - International network for contemporary performing arts. These essays reveal the challenges and peculiarities of advocating for the arts in today’s reality. The first article, "Belonging in a 'Creative' City", can be found here.

Advocacy for the arts has been one of the central topics of the meetings and research activities of IETM - International network for contemporary performing arts. These essays reveal the challenges and peculiarities of advocating for the arts in today’s reality. The first article, "Belonging in a 'Creative' City", can be found here.

Freelance artists and cultural producers in Berlin are facing increasing challenges, such as rising rents for studio and performance spaces, as well as the rising cost of city living. Unfortunately, for them, there is an imbalance in the way government arts funding is distributed: 95 percent of the cultural budget goes towards funding big institutions—operas, theatres, and art collections—whereas the independent scene receives the remaining 5 percent for individual projects and grants.

The forty to fifty thousand independent cultural workers in the city have recently demanded for this imbalance to be changed. Artists’ political engagement is often the catalyst for a strong and diverse urban democracy, and it is therefore important to understand why and how they get engaged in politics.

Dr. Klaus Lederer, Senator for Culture and Europe in the City of Berlin, and Christophe Knoch, former spokesperson of the artist advocacy group Koalition der Freien Szene (Coalition of the Independent Scene)—which spearheaded the politicization of Berlin-based artists in this collective advocacy body—have various thoughts on the matter. 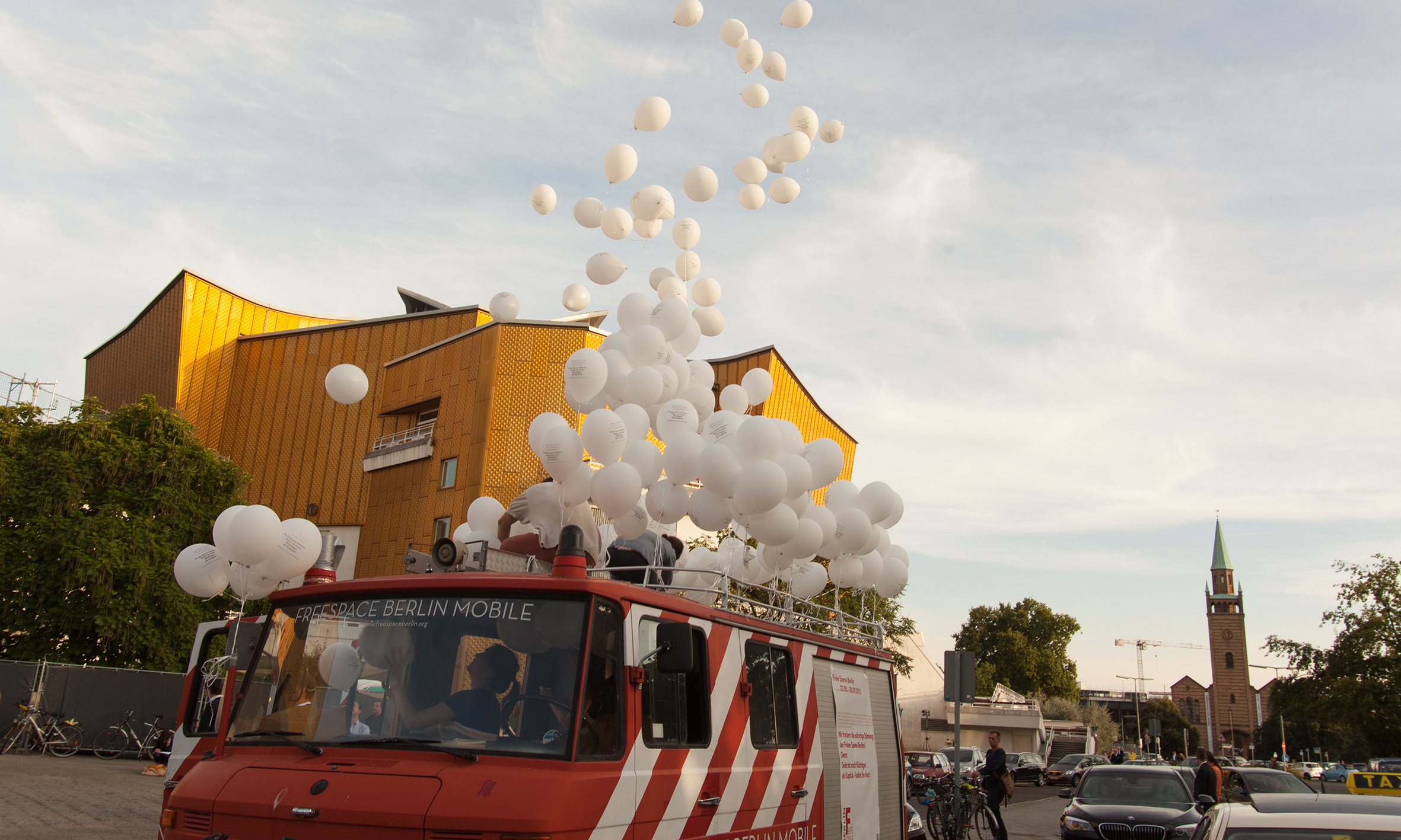 Pros and Cons of Stable vs. Flexible Political Demands

While Knoch acknowledges that politicians are always willing to talk to artist-activists or interest groups prior to elections—hoping to attract more voters—he is eager to understand how Lederer assesses the “concrete interactions between political stakeholders in-between elections.” In other words, Knoch wants to know how political decision-makers and the Koalition could work together to enact political change, like designing cultural policies together that address the funding imbalance, which puts independent artists under distress.

Lederer admits that there is no clear-cut answer or strategy, and that it often depends on the proposals to be considered. Overall, Lederer suggests that politicians’ engagement for a cause depends on the concreteness of the claim and the size of the group that represents it. For example, the more concrete a political claim, the easier it might be for politicians to put it into action. However, if the claim is supported by a small advocacy group, politicians might have difficulty trying to justify prioritizing it against other important political concerns. Accordingly, the broader a political claim, the more difficult it might be to realize it—even though it might also be more defendable.

In the case of the Koalition, the demands for better working conditions that are put forward are both concrete (i.e. requesting artist fees and more individual production grants) as well as supported by large social group (i.e. the independent art scene), and the group’s exchange with the cultural administration has been gradually taking shape over the past six years. In many ways, the Koalition embodies a balancing act, swinging between specific political claims and wider-ranging ones that speak to the belief, held by most Berlin citizens, that Berlin is known and valued for its independent art scene.

Lederer believes that interactions between Berlin’s cultural administration and the Koalition can only flourish when three circumstances are achieved: when official decision-makers are willing to accommodate different views, interests, and capacities; when they (re)assess their political responsibilities in relation to the political demands of concerned and potentially marginalized social groups, such as the Koalition; and when they remain open-minded to including civil stakeholders in some decisions. The extent and regularity of this collaboration between official and self-empowered political actors, however, remains unsystematic.

The forty to fifty thousand independent cultural workers in the city have recently demanded for this imbalance to be changed.

From Government to Governance

Berlin’s cultural administration is making an effort to formalize communication with artist stakeholders and associations, which they hope will lead to an increase in trust in politics, and, in the long-term, the quality of policies themselves. For example, initiatives such as Jours Fixes bring together the cultural administration and genre-specific art associations or artist advocacy bodies like the Koalition. While these forums are not open to the general public, they do facilitate the communication and knowledge-exchange between artists engaged in political groups and the official policy-makers, making the exchange of ideas steadier.

Lederer considers political dialogue in general to be a “permanent process of searching and readjusting.” While Knoch believes an openness to search for new solutions to artists’ problems is commendable, he is not quite satisfied with this answer. “The elected party, the official side, will always be there, but there has to be an ‘Other’ to talk to,” he says. “How to stabilize the position of the more unstable conversation partners whom the official side will address, and how to make it work so that the informal side continues to exist?”

Knoch advocates for the cultural administration to provide structural (monetary) support and security to self-organized actors to avoid, or at least decrease, the constant fluctuation of meeting attendees, which can lead to a potential loss of knowledge and trust on both sides.

Lederer views politicians as more stable and secure than what Knoch calls the “informed and organized civil society” and, on top of being worried about “funding something to its own death,” states that “the financial support of spontaneous forms of civil engagement does not work.” While it’s unclear what Lederer means when he says government funding of civil society advocacy bodies would “not work,” what does become apparent is his belief in the controversy inherent in Knoch’s request for funding artist advocacy bodies. He also believes that whether or not support for civil society actors is granted is a political decision.

In contrast to Knoch’s view that self-organized groups like the Koalition should be funded externally—either publicly or privately—Lederer finds that “structures of self-organization need to be secured by these actors themselves, and, to be able to do that, the social dimension of cultural funding needs to be strengthened.” This “social dimension” touches on the controversial topic of whether governments should provide funding support to individual artists or whether they should invest in more general cultural institutions or infrastructures.

Lederer makes it clear that the responsibility to “stay in the game”—or to participate in discussions about how to distribute the budget—lies primarily on artist-activist stakeholders themselves. However, this is difficult for the artists. They have no resources to support or compensate their volunteer work and have no guarantee that their voices will be heard or that change will come. The question: “What kind of organization could ensure long-term exchange between official political actors and artist-activists?” remains open.

[I]n times where artists have mobilized the cultural scenes to speak up against the imbalance of funding, the administration has been under more pressure to face this inequality.

Arguably, since the creation of the Koalition, there has been a paradigmatic shift in Berlin’s cultural politics from government to governance—from top-down management, with clearly defined roles and responsibilities, towards more fluid political arrangements, which temporarily include non-state actors from civil society and business. While there were certainly collaborations between artist-advocates and the cultural administration beforehand, the new cultural administration under Lederer is increasingly reliant on self-organized civil actors: “We are dependent on either using self-organized artist-network structures, or, if they do not exist yet, to encourage their formation.” This “dependence” refers to the fact that the official political side cannot satisfy all needs of artists (or even know about them!) and needs self-organized artist-activists with context-specific expertise and experience to adjust their policy changes accordingly: in times where artists have mobilized the cultural scenes to speak up against the imbalance of funding, the administration has been under more pressure to face this inequality.

In other words, the cultural administration needs self-organized groups to mediate, moderate, and bundle the myriad of political ideas for change that exist in the various cultural scenes. However, the administration also partially deprioritizes the political wishes or recommendations requested by artist associations when they design—or do not design—new policy instruments based on their own criteria of “artistic excellence.”

For example, individual-artist grant funding has not been advanced to the extent requested by the Koalition, while a lot more funds from the cultural budget are now invested in festivals. In Berlin, some policy achievements in the past years, such as the introduction of an Eigenmittelfonds (matching fund), equipped with five hundred thousand euros, and a Wiederaufnahmefonds (revival fund), equipped with a million euros, are directly related to claims advanced by the Koalition in their Ten-Point-Plan (now morphed into an Eleven-Point-Program). Overall, political progress and policy innovations depend both on the openness of the administration and on the persistence of the self-organized actors to verbalize claims that go beyond their personal situations and problems.

In the end, political and institutional change seems to depend on dedicated individuals from both sides meeting each other and exchanging views in times and places challenged by many political problems and needs. For artist-activists, finding this “right” moment—and having the force to push an idea into the administration’s pipelines—might take some time. On the government’s side, Lederer notes that to make political change happen, any administrative action, new funding instrument, or political adjustment should “leave a trace” on artists’ and administrators’ mindsets alike. If both parties are transformed by a collaborative political encounter—if they benefit from unexpected knowledge or encounter mutual willingness and openness to adjust ways of thinking and doing—governing a “creative” city, such as Berlin, seems possible.