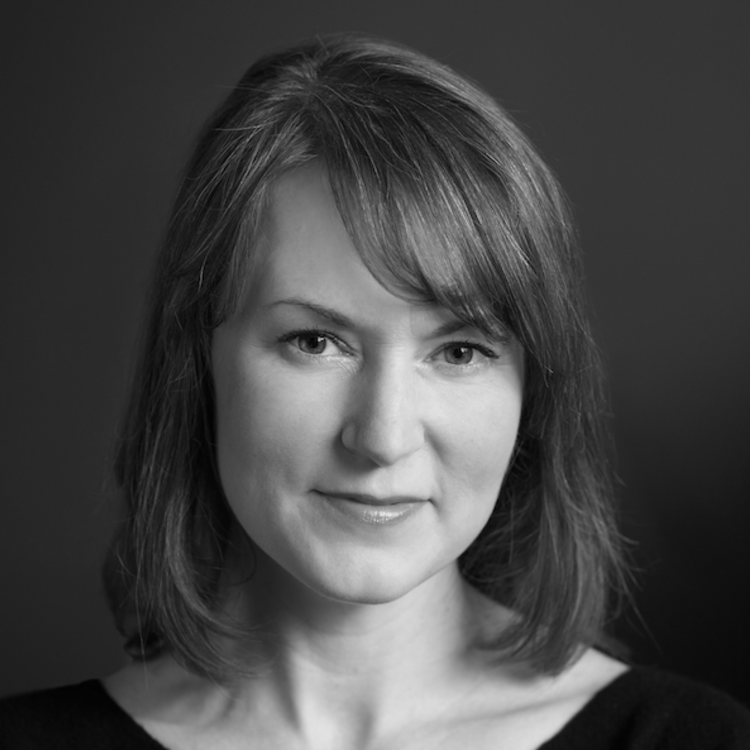 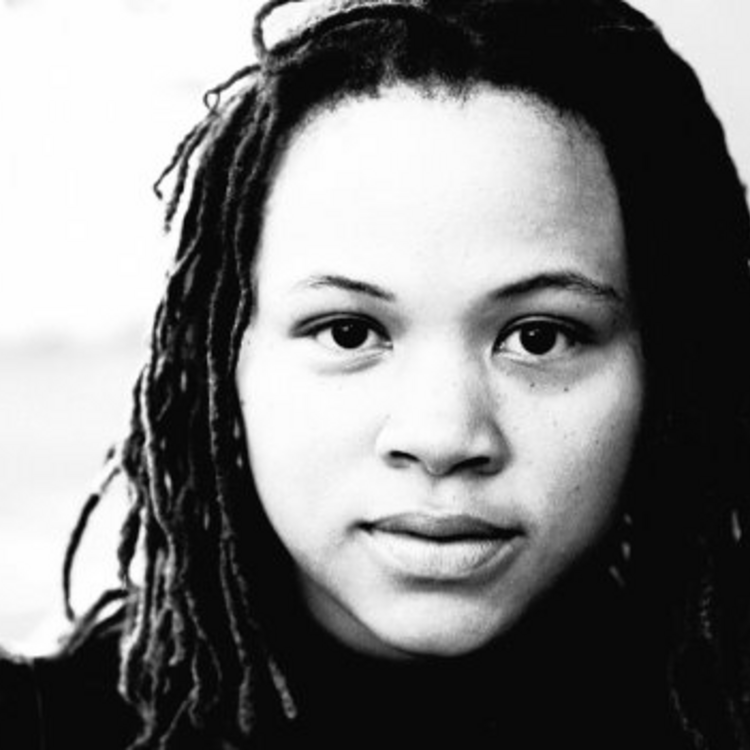 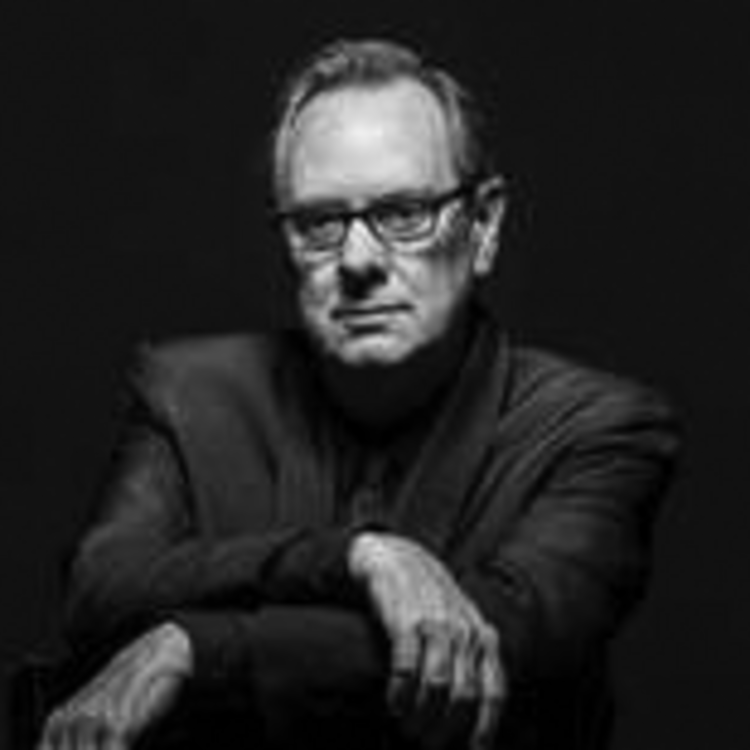 Writing about a Moving Target

In 2011, when Troy Davis was executed for the murder of white police officer Mark McPhail, the protests stretched from New York to Morocco to Paris. After the execution, Synchronicity Theatre commissioned me to write a play about race and justice as seen through the lens of the Troy Davis case. The commission asked that all current, particularly conflicting, perspectives be presented equally. Beyond Reasonable Doubt: The Troy Davis Project is the result of that commission.

The country is now reeling from a series of deaths, riots, and controversies with race at the forefront. As I bear witness, I wonder if this is history repeating itself. Are we at a point where we can logically disentangle all perspectives about these issues to find some larger meaning? At this point in time, have I done the right thing in writing this play?

In 2011, I started researching the most controversial death penalty case in recent history. I kept wondering, how could Troy Davis win in the court of public opinion but lose in the court of law? Underscoring this from 2011 to 2015 was a constant stream of horrific, related events: Trayvon Martin, Oscar Grant, Michael Brown, Ferguson, Freddie Gray. I added those events to my research. Then I wrote the play.

In May, we had a reading of Beyond Reasonable Doubt: The Troy Davis Project in front of a sold-out house at Synchronicity. There was a moderated talkback afterwards. The discussion was passionate; arguments broke out between audience members, and actors turned on each other. I was sitting in the third row. I felt my heart sink. It felt like I was witnessing a train derailing right in front of me. Audience members said the post-show discussion was one of the most tense experiences they’d ever been engaged in. This is a volatile time. Not everyone can handle these issues in a calm manner. I keep asking myself, is now the time to talk about this? But then I think, if not now, when? We have to talk about this now, even if it’s painful. Even if we’re scared or angry. We have to stop reacting and start thinking. We have to be greater than the sum of our problems.

On September 5 I sat with Dina Bailey from the National Center for Civil and Human Rights, and two actors new to the project: Blaire Hillman and Jacob York. We were at the Decatur Book Festival to read sections of the play and have a talkback. We expected maybe twenty people, but the room was full. People came to talk about Troy Davis. And Black Lives Matter. And the problems with the justice system. The questions were smart. The actors were great. And Dina Bailey is a genius. The talkback was constructive. And honest.

This isn’t an issue play. It doesn’t tell the audience what to think. But it gives them a lot to process, particularly in light of contemporary events. It examines the Troy Davis case, the death penalty, race, and the justice system. And then it asks each person to take a stand. I hope it will move people to action and inspire positive change.

Beyond Reasonable Doubt: The Troy Davis Project will premiere at Synchronicity Theatre in Atlanta in April 2016.

I decided to consult two other playwrights who are tackling the roots of these same issues in their current work: Gabrielle Fulton and Phillip DePoy. I wanted to know what they thought about this moment in history, and about writing plays that address these topics.

Lee Nowell: Tell me about Uprising.

Gabrielle: Many assert that John Brown’s 1859 insurrection struck the first blow of the American Civil War. With a goal to instigate rebellion and free the enslaved, his raid at Harper’s Ferry flamed the fires of an already contentious relationship between North and South. Civil War ensued, but full African American emancipation was not guaranteed until the passage of the Thirteenth Amendment in 1865.

Inspired by my grandfather’s tales of his mother’s cotton picking prowess; Osborne Perry Anderson, who was the only African American participant in John Brown’s raid to survive; and the abolitionist Sojournor Truth, Uprising celebrates African-descent peoples. It is my humble wish that exploring the interior lives of African-descent peoples in this play will contribute to a positive and meaningful conceptualization of black identity while expanding on the human significance of self-determination.

Gabrielle: The characters in Uprising have been emancipated, but we witness the ways in which they are not yet free. The Black Lives Matter movement is, in part, about affirming our humanity. The struggle that Uprising’s characters experience is very much connected to the African American struggle for equality today, whether that be against institutionalized racism or police brutality or medical racism which contributes to health disparities.

Lee: Why did you choose to set your play in this particular time period? What attracted you to the idea of exploring the issues of that particular time?

Gabrielle: It chose me. I’m an artist. I’m African American. And I think it’s a good thing to consider the stories that were poured into me by my elders; to reflect on the remarkable past that is the history of people of African descent in this country, histories that were/are not taught in schools; to offer a worthy work that, hopefully, will be a part of a storytelling legacy about the Black Diaspora experience in America that is passed on to my daughter and her generation.

Lee: Do you feel like things have progressed since the time setting of your play?

Gabrielle: Sure. But not enough. Racial bias, which is actually skin color bias, is alive and well. There’s always progress, however small. But the magic wand that moves the nation closer to its ambitious intention of forming “a more perfect union” never worked. This goal requires continuous assessment because the reality of progress and freedom is not simple. It takes courage, honest conversation, and hard work.

Research shows that, fundamentally, the average person does not see Black as good enough. We are still in a position where we have to affirm our humanity, thus the need for #blacklivesmatter, among other efforts.

Lee: Do you feel like we're learning anything now? What did people learn in the time period of your play?

Gabrielle: I can’t qualify what lessons are being learned today. A lot is happening but I can’t tell that we are truly hearing each other and changing the mindset of people who consciously or unconsciously subscribe to or contribute to poor race relations and the lack of equality in this country.

Lee: Do you feel like hindsight automatically produces wisdom, or are bitterness and repeated wrongdoing the only fruits of our history?

Gabrielle: They say hindsight is 20/20, but not when you’ve got emotional blinders on or when you’re wearing rose-colored glasses.

Lee: As a society, we are currently addicted to outrage. Did outrage affect the people in the play (and their real-life counterparts)? Can outrage move things forward in a positive way?

Gabrielle: For Sal, my protagonist in Uprising, outrage (eventually) leads to a breakthrough. Sometimes outrage is very necessary to bring awareness to an issue and galvanize support.

Lee: What do you hope to achieve sociologically and intellectually by exploring the ideas of race and equality in your play?

Gabrielle: Storytelling has the power to invoke empathy. I hope that as audiences experience Sal’s journey they may open themselves to the urgency of making a positive change on issues of race and equality.

Lee: Tell me about the musical you're writing.

Phillip: It’s called Nick’s Flamingo Grill, and it’s based on a true story about a nightclub that was started in Atlanta in the 1950s. Two GIs returned to America after living in Paris during the post-war years. One was black and one was Jewish and they’d been so impressed by the lack of racism in Paris that they decided to start a jazz club in Atlanta. The musical is about the creation of that club, the ideal of racial harmony that inspired it, and the difficulties that closed the club

Lee: What part of the musical are you writing?

Phillip: I’m writing a play and some song lyrics. I’m not a fan of the usual “book, lyrics, music” nomenclature for the creation of a musical. The play is set in the club, and the songs are naturally occurring as a part of several evenings’ entertainment. The songs are intended to echo the musical ethos of 50s cool school jazz, and the philosophy of the movement at the time.

Lee: How are you structuring the relationship between you and your collaborator?

Phillip: I think there will be a significant give and take with regard to the music. Since I’ve been commissioned by the Alliance Theatre, that collaboration will expand to nearly everyone involved, so I’m not sure that the word “structuring” applies as much as the phrase “empathetic chaos.”

What I hope now is to set a top spinning, and then to stand back and say to someone, ‘See that top? See how it’s spinning? When it finally stops and falls over, would you be willing to go over there and give it a spin yourself?’

Phillip: The twentieth century was an extended period of liberation—civil rights, women’s rights, gay rights—and those efforts have continued. I’ve lived in Atlanta, on and off, since the 1950s, and I’m still baffled by the juxtaposition of liberation and its antithesis. When I was young I saw drinking fountains that were marked “colored” and “white.” That sort of obvious racism is gone, only to be replaced by a more subtle kind. Nick’s Flamingo Grill is set in Atlanta when the first post-war efforts towards equality were in bloom. It was a Camelot moment. The fact that subsequent historical events erased that optimism is heartbreaking to me. I genuinely believed that my friends and I were going to wipe out racism, sexism, and economic inequality by 1970. What we got instead: dead leaders, Viet Nam, and Nixon. You can imagine how disappointed we were. That disappointment is, I believe, the primary root of the Black Lives Matter movement, which is, itself, a contemporary continuation of a historical movement which has its roots in the beginnings of the twentieth century.

Lee: As a society, we are currently addicted to outrage. Did outrage affect the people in the play (and their real-life counterparts)? Can outrage move things forward in a positive way?

Phillip: Is it possible that one person’s outrage is another person’s genuinely righteous indignation? I know from experience how difficult it is to turn the other cheek. It’s almost impossible to climb up on top of personal events and look down with a more objective eye. The problem is that the one-hit-deserves-another philosophy is a never ending one. An eye for an eye gestalt is what’s kept certain conflicts going strong for centuries.

Lee: What do you hope to achieve sociologically and intellectually by exploring the ideas of race and equality in your play?

Phillip: There was a time when I thought art could alter reality, that a good play could change someone’s life. I thought that because certain songs altered my reality, and a few plays changed my life. What I hope now is to set a top spinning, and then to stand back and say to someone, “See that top? See how it’s spinning? When it finally stops and falls over, would you be willing to go over there and give it a spin yourself?”