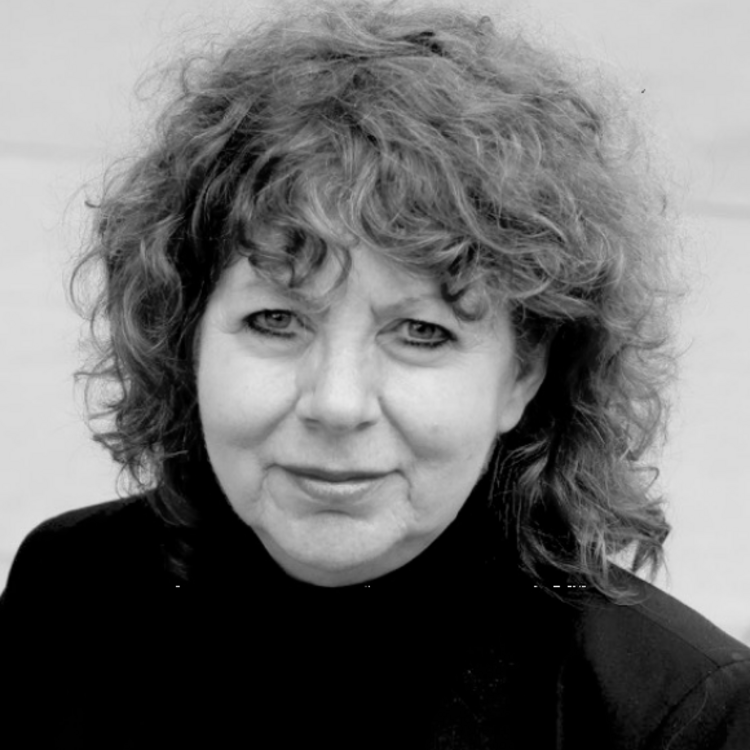 Colleen
Murphy
Theatre in the Age of Climate Change

I first conceived of the Theatre in the Age of Climate Change series as an informational tool: How were artists thinking about and approaching climate change in their work? Three years and a disastrous United States presidential election later (not to mention Trump pulling out of the Paris Agreement), it has become an act of resistance. If imagination is truly our currency, isn’t it our responsibility to expose the toxic and exploitative narrative put forth by those in power and propose better alternatives? In this piece, Canadian playwright Colleen Murphy reflects on the challenges of writing a play with Inuit characters that respects and honors the Inuit culture despite being from an outsider's point of view.—Chantal Bilodeau

In 2013, composer Aaron Gervais and I finished a full-length opera, Oksana G, about sex trafficking in Ukraine. The opera is sung in Ukrainian and Russian with some English and Italian, and had its world premiere this past May in Toronto, Canada.

The year we finished Oksana G, we began work on an opera about climate change called The Breathing Hole, about the life and death of a 500-year-old polar bear. It unfolds from 1534 to 2034 and is set by a breathing hole in Nunavut, a massive territory in Northern Canada that makes up most of the Canadian Arctic Archipelago. Nunavut is a territory governed and primarily populated by the Inuit people who live there.

Stories about the past, present, and future of Canada can no longer be told without contemplating the inclusion of Indigenous characters. They have been here for over 15,000 years and will be here for thousands more…if climate change does not kill us all first.

All the characters in the first act of The Breathing Hole are Inuit. The second act involves characters from the Franklin Expedition and two Inuit hunters, while the third act is a mix of characters. The writing combines imagination, fact, and fiction.

When the outline was complete, I realized the cost of making it an opera was prohibitive, so I began to write it as a play. In the fall of 2014, Bob White, Director of New Plays at the Stratford Festival, commissioned a first draft to celebrate Canada150, the 150th anniversary of the British colonies of Canada, Nova Scotia, and New Brunswick being united into one Dominion of Canada on July 1, 1867. Canada150 is a political celebration, but many Indigenous colleagues have impressed on me that for their people it is not a celebration. The Canadian government made the past 150 years extraordinarily difficult for them. Refusal to honor treaties and the terrible legacy of children being taken from their families and abused in residential schools are just two of the indignities that have traumatized Indigenous people. Stories about the past, present, and future of Canada can no longer be told without contemplating the inclusion of Indigenous characters. They have been here for over 15,000 years and will be here for thousands more…if climate change does not kill us all first.

In January 2016, I met Reneltta Arluk who was performing in my play Pig Girl in Montreal. Two months later I was thrilled to learn she was interested in directing The Breathing Hole. Reneltta is of Inuvialuit, Dene, and Cree descent—a fine actress and a woman who has been deeply involved in theatre about the north and about the environment. She was in the Underground Railway Theater production of Chantal Bilodeau’s award-winning play Sila. Once Stratford committed to producing the play, I began consulting with Reneltta on the script.

Bob also agreed to facilitate research consultations with Inuit artists, so in November 2016, Reneltta, Bob, and I flew up to Iqaluit to meet the people who would become our cultural consultants. Reneltta had reached out to Ellen Hamilton, the Executive Director of Qaggiavuut, a non-profit society dedicated to strengthening the Nunavut performing arts, with a focus on Inuit, to organize a reading of the play.

At the start of our first day the artists initiated an intense discussion about cultural authenticity—who can create drama from the Inuit perspective, and how they should do it. They tore into me at the top of Act I. The names I had chosen for my characters were not Netsilik names that originated from the area where the play is set. (Kevin Eelootook would eventually give the characters their new names.) I had made many mistakes in my draft, like having the characters eating raw polar bear meat, something that in reality would have killed everyone by the end of Scene One. It was a stupid mistake because instead of checking on that point I just assumed all meat was eaten raw. I also love writing overt conflict between characters, but in Inuit culture, conflict is not expressed overtly, so they helped me find a subtler way of expressing it.

The Inuit artists were upset that I had not come to them earlier in the writing process. I explained that my process is to first create the characters and the drama and then to research—either on paper or with people. Yes, I made many mistakes, but I also knew I would eventually be meeting with Inuit consultants. For months after our meeting in Iqaluit, I worked with them via email, asking questions to get the cultural behavior correct. The consultants shared their traditional knowledge and helped me gain an understanding of beliefs and taboos, but they also wanted me to be very clear in my discussions about this play that The Breathing Hole it is not an Inuit story, but rather a play by Colleen Murphy with Inuit characters.

During the process the consultants coined a new term: Inuit Cultural Dramaturgy. Together we agreed that their names and contributions would forever be acknowledged in house programs and in the published text of The Breathing Hole.

Consulting with Inuit artists from Qaggiavuut enriched the Inuit characters and in turn enriched The Breathing Hole. The only way I can truly thank these artists is by offering audiences an engaging story as well as an emotional experience whereby laughter leads to tears and tears lead to thinking about our future…together.