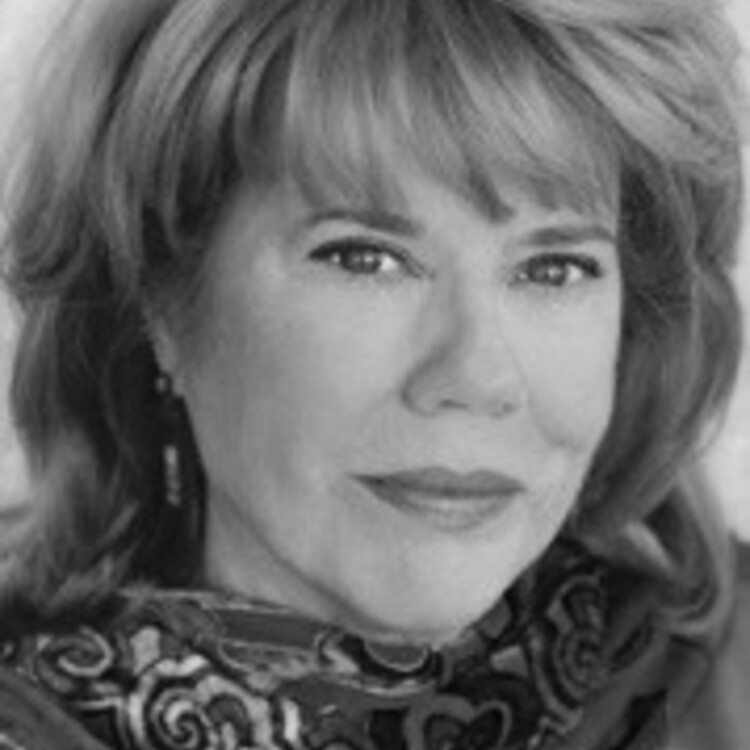 Building Understanding between Veterans and the Community through Playwriting

When wounded soldiers started returning to the United States during Operation Iraqi Freedom, I wrote poetry to process what I saw and read in the media. I had experienced the healing power of writing before—which had transformed feelings of sadness, anger, and shame into stories—and in penning and sharing my poems I found solace.

I wanted to offer the wounded soldiers something that would help them heal; I didn’t want them to be shunned and labeled as baby killers like the Vietnam veterans had been, forgotten like the Korean War veterans, or silenced like those who fought in World War II. They didn’t have therapists or counselors or support systems to help them talk about what they experienced. What better way to aid these wounded men and women than to empower them to write their story?

The intention was to let the veterans decide...whether they would write a comedy or tragedy, a one-act or three-act. Most importantly, we wanted them to decide how to transform their military experiences into a story with various characters.

In 2010, I facilitated my first creative writing workshop for veterans in the domiciliary at the West Los Angeles Veterans Hospital. Soon after, I founded Returning Soldiers Speak to provide a venue for the men and women who served in the armed forces, during any conflict or war, to tell their stories through prose and poetry to the community. Last year, it became a non-profit public charity, and soon after it received a Humanities for All grant for the project Veterans Write a Play. The idea was to create a series of workshops where a small group of veterans would meet weekly for twelve weeks to learn the elements of playwriting, write a play together, and then present it at a staged reading for the public, followed by a discussion.

I passed out fliers with the project’s information to the members of the American Legion in Hollywood, posted about it on social media, and approached a few of my current students. From the inquiries received, I selected ten veterans based on their interest and commitment level. The oldest had patrolled the Korean DMZ (Whitehorse Mountain 1953–55) with the Counterfire Platoon, three were medics during the Vietnam War, three served during the Cold War, and the three youngest served during Operation Iraqi Freedom. Some of them were writers and some were actors; some had not written creatively before. But they all wanted to write a play.

When Sandy Fluck, the grant advisor, and I began to plan the workshops, we discussed the importance of creating cohesion in the group. A question we had was how to earn the trust of the veterans so they would feel comfortable sharing their thoughts and experiences with one another. Some veterans regret their misconduct while serving in their unit. Some fear being tried for war crimes. Some feel ashamed of being raped by their commanding officer. This is why I strive to create a safe and nutritive space so participants can write deeply and authentically about their time of service and after discharge from the military.

Based on previous facilitating experiences, I knew that straightforwardness, honesty, genuine concern, listening, witnessing, and dialoguing were the means to gaining a veteran’s trust. With these tools and skills under my belt, building cohesion in the group was possible. The challenge was to maintain the cohesion, even when their personal issues flared up and they felt disrespected or ignored.

Fluck and I created a curriculum that began with the elements of writing, progressed to the elements of playwriting, and then focused on the more complex ideas such as theme, conflict, character development, scene composition, and the three-act structure. We did not determine the topic, content, or length of the play in advance. The intention was to let the veterans decide—based on their varied combat and non-combat experiences—whether they would write a comedy or tragedy, a one-act or three-act. Most importantly, we wanted them to decide how to transform their military experiences into a story with various characters.

During the first workshop, the participants discussed what they wanted the play to be about. They asked: Why are we always portrayed as dysfunctional losers? Why does Hollywood make war movies that have nothing to do with the realities of war? Why don’t other people see us as people? They wanted the play to be a realistic portrayal about what it means to serve one’s country in the armed forces. We are not just veterans. We are people, too. They realized that they were seeking answers to the same questions. They began to trust one another, discussing how they could educate civilians about the realities of being a veteran.

To get the veterans into writing mode, we worked on various writing exercises. One was called “Listening to other people talking.” Pairing off into groups of two, the participants decided on characters, situation, and conflict, and then they playacted. Everyone wrote their dialogue down, and then we came together as a group and read the scenes. The veterans drew upon their experiences and imaginations and wrote interesting characters and diverse situations—some comical, others serious. The writing and delivery of these impromptu scenes inspired them; they saw the potential of not only their creativity and writing abilities, but of the others, too.

One homework assignment was for the participants to choose a situation and character and then write a monologue. This turned out to be a very important assignment. One of the veterans had worked in intelligence when he was deployed to Iraq. Even though he hadn’t been in direct combat, his forward operating base had been in the war zone. He had lived in constant threat of attack, and the room he had worked in was filled with monitors depicting images of the war. He wrote a monologue from war’s point of view, speaking to the people. It was a mature, thought-provoking piece of writing. This monologue was the beginning of the most intriguing and important character of the play: War.

Over the course of the workshops, the veterans built out characters, monologues, and scenes. We read material out loud and determined which elements worked and which still needed developing, and, halfway through the process, decided on a storyline. When twenty scenes had been written, we laid the pages out on a few tables and shuffled them around to fit the story. We determined what moments were missing and which characters needed more developing, and then they wrote more. The process repeated itself until we had a completed play.

We had a meaningful discussion with the audience, which helped break down barriers and prejudices, creating understanding between veterans and the community.

Eight veterans completed the playwriting project. The stories they wanted to tell dealt with loss and sadness, betrayal and anger, loyalty and honor, courage and resilience. They wrote about how hope and love and compassion and truth are the tools to overcome the destructive nature of war. All of this translated into Grandfathered: Where War Lingers, a play about four generations living under one roof, and how war continues to affect their lives even years after war has ended.

After the staged reading, we had a meaningful discussion with the audience, which helped break down barriers and prejudices, creating understanding between veterans and the community. The play showed the audience how war affects all of us, whether we have been in the trenches or not. As the veterans talked about their experiences in the military and how that informed the play, they realized they are accepted, respected, and embraced because of what they experienced during their service to our country. As I listened to them speak, and heard the audience’s reactions, I realized how vital this kind of discussion is to the well-being of our veterans, their families, and the civilians of our society.

Is it possible that the more everyone in our society understands the consequences of war, the less we will charge towards it? It is my hope that we answer yes to this question, and that listening to veterans tell their stories will help get us there.

I hope more people ask the question that the last paragraph proposes.

"The Veterans write a play project has given us a good opportunity to learn a new craft and to learn about collaborating with a group," writes Lucy M. She is one of the veterans who participated in the project, and wanted to be a part of the discussion but couldn't post it. So I did....

Scott Mueller has given me permission to and wants me to post the following for him: As one of the writers for, “Grandfathered, Where War lingers,” I was honored to be working with such a great group of smart, talented, dedicated and hard working fellow veterans. I learned an incredible amount about PTSD and more writing this play. I was very humbled to be able to contribute to this often overlooked issue too many of our troops suffer from.

Leilani eloquently spoke for me and what I too believe to be true in her last paragraph...

”Is it possible that the more everyone in our society understands the consequences of war, the less we will charge towards it? It is my hope that we answer yes to this question, and that listening to veterans tell their stories will help get us there.”

I hope more people ask the question that the last paragraph proposes. I'm glad you believe it is possible to change the course of conflict and war through storytelling and listening.

The character of WAR, i liked it, i liked it’s role and how it messed (if you will) with people. It is a reality not spoken about - Cheers to Adam in the creating this..., and i am sure it became a collaborative piece at some point... maybe.

i appreciates everyone’s story as it is related. The hauntings of war and sometimes just in service where an everyday event is not the same as most everyday events as a civilian, but then, threre are some civilians who get second hand trauma from the Veterans they know, family and/or friends - which then, unfortunately may become their own trauma of seeing the suffering with no help sometimes.

Cheers to a great presentation and - i hope that the play goes further in other performances to a broader audience!

You make a very important point about how the family and friends of veterans who have suffered trauma are affected. This is one of the reasons we need to pay attention to the family members as well. I'm glad you liked the character WAR in the play, and how the character interacted and "messed" with the other characters. It was a trip watching this character be created and developed. I appreciate your comments and wishing the play future success!

Great piece! I so appreciate reading about how the workshop process evolved, and resulted in such meaningful and important work. Thanks for sharing!

Yes, this kind of work is meaningful and important. Thank you for recognizing that.

“Grandfathered Where War Lingers” gives us insights into the day to day lives of not only our Veterans but their significant others as well. It is a powerful piece infused with both humor and pathos. I can’t wait until it is staged, up on its feet and running. Kudos to Leilani Squire and her group of Veteran writers.

Thank you, George. You played a major role in the play: You brought your experiences onto the page, developing War's character even further AND you brought life to the character during the staged reading. I, too, can't wait until it is staged.