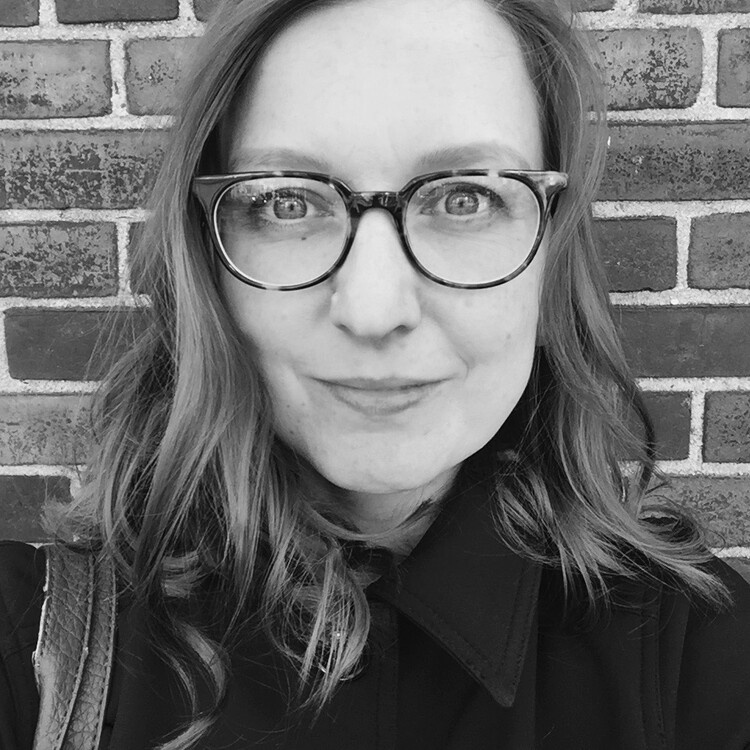 The play opens on a day of bad news: Their unnamed corporation is going under (Owens can literally smell the stock price dropping), and no one, it seems, has a plan. So they decide to come up with one. They’ll draw up a proposal, they declare, a winning document full of “algorithms,” “data sets,” and other empty buzzwords that they’re convinced will thrill the unseen Chairman and save the company—along with their jobs. But they never can agree on which buzzwords are the most persuasive, nor on anything else, and by nightfall they’ve split into two factions with competing proposals, their dialogue growing more absurd as the evening wears on.

On the surface it’s a satire of business-speak. But as the action unfolds, we witness just how powerfully the four central characters have internalized longstanding and deeply-ingrained American beliefs.

This is a bitingly critical play, where no one gets off easy: The invisible Chairman is ethically compromised for his treatment of those below him, and the men are at fault for desiring to be just like him. But the play isn't without sympathy for the latter, because what these men fail to understand—at least until it's too late—is that they, like the cleaning staff they make fun of earlier in the play, are casualties of a rigged economic system that pads only the pockets of the top brass.

The play’s message is pointed but far from heavy-handed. Indeed, Enterprise is one of the freshest and funniest theatre pieces I’ve seen in ages. So funny, in fact, that I saw it twice—once in Edinburgh this past August at the Festival Fringe, and once in New York City during its September run at the Soho Playhouse.

Its humor stems mostly from Parks’s crackling dialogue, which the actors in both performances fired at one another with the rat-a-tat speed of a 1940s Hollywood comedy. The exquisitely crafted script brimmed with puns, non sequiturs, and lots of mutual misunderstanding between characters that brought to mind Ionesco’s Rhinoceros.

When I saw Enterprise in Edinburgh, it had just won a Scotsman Fringe First award the week before, and the audience’s anticipation was palpable as we stood in line waiting for the house to open. Once the play began, however, the laughs, though frequent, were restrained. Perhaps it was the time of day—1:30 p.m. on a Thursday rarely inspires raucousness in the theatre. But after seeing it in New York, I can’t help but wonder whether something had been lost on the Fringe’s international crowd. The New York audience had laughed itself to tears. And that's not hyperbole. To my left was a man with wet cheeks gasping for breath between guffaws, and on the other side of the house sat a woman trying—and failing—to hold it together between scenes. She sounded like a balloon losing air. Why, then, the different receptions? To my mind, it’s because Enterprise is, at every level, clearly—if frighteningly—American.

On the surface it’s a satire of business-speak. But as the action unfolds, we witness just how powerfully the four central characters have internalized longstanding and deeply-ingrained American beliefs: the existence of merit-based upward mobility, the inherent inferiority of outsiders, the pathetic-ness of perceived weakness. That last conviction was made especially evident when all four men appeared onstage with wet trousers after a visit to the Chairman’s office. They should enjoy having the literal piss scared out of them, they said to each other, because that kind of fear will only make them stronger.

The Edinburgh audience snickered politely during this scene. But in New York City, the crowd exploded in unbridled laughter that sounded something like cathartic recognition: Almost anyone who’s spent time in corporate America, and in New York City’s 24/7 rat race in particular, has been made to fear for their job at least once; if a New Yorker hasn’t experienced this personally, they likely know someone who has. So to me, and perhaps to others in New York’s Soho Playhouse that night, these four piss-soaked men appeared not merely as fools but as cautionary figures—this is what happens, it seems, to those who continue to believe it’s possible to achieve the American Dream, even as evidence mounts that the Dream is rooted as much in myth as in reality, and remains out-of-reach for many Americans

The four men of Enterprise never really consider leaving the company or the dog-eat-dog culture of corporate America…Instead, every disappointment renews their belief in bootstrap economics.

At every turn, Enterprise lays bare the self-feeding power of the capitalist system—a system that the Scottish philosopher and economist Adam Smith once described as “an imaginary machine invented to connect together in the fancy those different movements and effects which are already in reality performed.” His vision of capitalism as a mechanized structure comprising fixed and distinct parts is widely shared, but it overlooks the system’s more organic makeup: its ability to evolve and adapt to its surroundings, its tendency to camouflage itself in the face of attack. The four men of Enterprise never really consider leaving the company or the dog-eat-dog culture of corporate America more generally, not after their boss humiliates them, and not when it becomes clear that their plan will fail. Instead, every disappointment renews their belief in bootstrap economics: They’re failing not because of a flawed system, but because they're simply not working hard enough. Rewards will come, they believe, to those who stick it out:

LANDRY: We gotta charge through it like the Chairman did when he started this place.
WEAVER: It’s what made him.
LANDRY: It’ll make us.
WEAVER: Promotions.
SANDERS: Raises.
LANDRY: Valets parking our cars.

History suggests that only in times of distress does America become acutely aware of the hollowness of its most prevalent myths. It also shows that theatre has played an important role in bringing about that awareness. The Great Depression of the 1930s gave us the American workers’ theatre and the Federal Theatre Project, which produced plays aimed at educating the working class in the systemic forces behind class stratification. In the early 2010s, the Occupy Wall Street movement inspired performances about activism such as the Civilians theatre company’s 2012 cabaret, Let Me Ascertain You: Occupy #S17.

Today, in the age of Trump, when minimum wages remain barely livable despite low unemployment rates, and people across the country fear the loss of affordable health insurance, theatre artists are making visible the potential damage of his presidency: The Off-Broadway musical Me the People skewered the administration at New York City's Triad Theatre this past summer, and Michael Moore's new Broadway show, The Terms of My Surrender, extends the documentarian’s decades-long project to point out hypocrisies in American policy by zeroing in on Trump’s policies in particular.

Enterprise doesn't take on the president. But with its barbed critique of America’s economic mythos, it emerges as one of the year’s finest examples of political theatre. And it does so with a polish and impressive literariness that works to reveal just how fine the line is between comedy and tragedy.