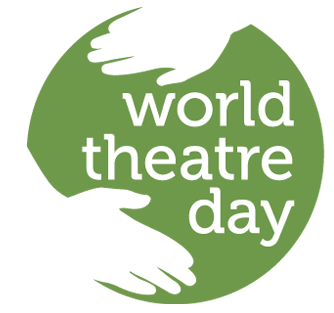 In honor of the 50th Anniversary of World Theatre Day, we will be discussing the idea of "A Generation Without Borders" for The Weekly Howl, our weekly conversation on Twitter. Co-moderating with @HowlRound will be Gus Schulenburg of Theatre Communications Group who will be tweeting under @TCG. Join us on Tuesday, March 27 from 12pm-1pm (San Francisco) / 2pm-3pm (Chicago) / 3pm-4pm (New York - EDT) / 7pm-8pm (GMT) / 8pm-9pm (London - BST) / 9pm-10pm (Paris - CEST). To participate, put "#newplay" and "#WTD12" in your Twitter messages to get your voice heard in this discussion. This is a generation that finds itself at a hinge point in history: never before has communication across borders been so easy. The local is increasingly global, with the consequences of political, environmental and economic actions reverberating across state lines. The essential human impulse of creative expression is finding new means of support and connection in the face of old systems of repression and control. Finding ourselves at this hinge point, we ask: could this next generation of theatre-makers be a Generation Without Borders? What role can theatre play in replacing old divisions with a vibrant interdependence? To read some responses to the idea of "A Generation Without Borders" on the TCG Circle Blog, click here. And to find out more about World Theatre Day on the TCG website, click here. An hour prior to the start of this discussion, we'd like to invite you to DJ with us in the HowlRound Turntable Room. We want to hear your music!

HowlRound is thrilled to welcome Ciara Diane and Ashley Malafronte on board as our new content editors.

The Year in Review from HowlRound: Farewell 2020

We at HowlRound reflect on the past year of conversations, convenings, livestreams, and more—all in the name of creating a more equitable, just, and progressive theatre field—and look forward to 2021.