Recommended
Devising Our Future
HowlRound Theatre Commons
Most Discussed
Naming the Trope: A Deep Dive into the Harmful Uses of Disability Stereotypes in the American Theatre
Ben Raanan
Most Watched
A Conversation About the Making of Addressless
Tuesday 11 January 2022
Upcoming
Livestreaming a Convening: The Ellen Van Volkenburg Puppetry Symposium
Saturday 22 and Saturday 29 January 2022
Essay by
Rachel
Ditor
Vancouver City Series 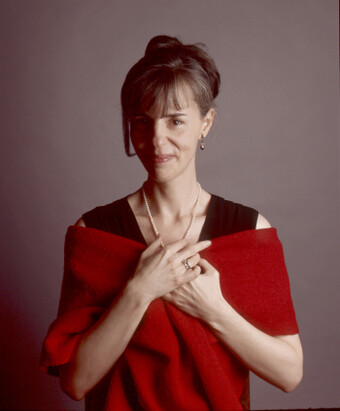 I have read countless coming-of-age stories. As a teenager and young adult many of those stories were lifesavers. I still struggled but I didn’t feel alone anymore.

I'm discovering now a subset of this genre, the coming-of-middle age story.

I don't feel I was adequately warned about this stage in life. Not sure who to complain to about this, but where are the educational films and pamphlets? Why don't we have special parties that celebrate compromise as a significant achievement? Where are the guidebooks and diagrams that explain feeling conflicted is not a fleeting emotion but a way of life?

And that this isn't actually bad. It's challenging but it's fascinating.

Plus, this whole thing about life having a definitive beginning and end is misleading. It cues you to think linearly. I’m not finding this very helpful. What if I conceive of the journey as a maze instead of a trajectory?

(An interesting, intriguing maze. No Minotaur.)

In a maze I can revisit the existentialist I was at twenty, but with more compassion. That might not be forward movement, but it is an interesting place to be.

If I were motivated by money, I would have chosen another field, just about any other field. But I chose theater. So “escalating earning power” is not the definitive marker on the trail of progress.

“Artistic freedom.” Is that the next step forward, mid-career? But artistic freedom to some degree has always been part of the package as a theater artist, from the start. (Partly because we're not perceived to be a threat to the mainstream.) Constraints of any kind often spur us to make theatrical discoveries we wouldn't have otherwise.

(Which brings me to a sidebar observation: the ongoing conversation about small casts and small sets being prerequisites for production. That's not been my personal experience from inside a large institution. If a cast is large or the show is expensive then the work needs to be loved that much more. In my house, to hit production, large plays need to build advocates, not shrink themselves.)

I'm not even going to bother considering whether fame and acclaim are critical markers. First, I'm Canadian and we find that kind of striving a little distasteful. (It's also distasteful to admit that.) Second, we put so much of ourselves into our work that outside opinions have limited impact. If you feel good about your work, someone may disagree with the value of the product, but that can't tarnish the value of an experience that likely evolved over years. And likewise, a great review or pat on the back can't redeem your experience of a shitty process and a disappointing product, one that also likely evolved over years. Years that you will never get back.

I’m getting off track. To be honest, my surprise at mid-life, mid-career is to discover I’m passionate and knowledgeable about my work, but uncertain about where to meaningfully expend my energy in what feels like a finite timeframe in a way it hadn’t before.

The only way I see to move forward with this uncertainty is to go back and ask myself: what gets me out of bed in the morning? (Beyond habit or gratitude.)

If I can name it, I can nurture it.

My own theater community in Vancouver, the unwieldy family that I love so much, has suffered a lot of loss, personal and professional, of varying degrees, over the last few years. It has aged us. Our losses have forced many of us to question—why keep going?

Maybe because of these losses, the merit in trying to communicate what it means to be human is being reaffirmed for me. I've recently felt the importance of ritual and the necessity of story to help us parse life. My experiences, personal and professional, have made me suspicious about the idea of acquiring or holding on to anything mid-career mid-life—just when acquiring and securing seems to be all the rage.

In my second coming-of-age it’s live performance that reminds me I am not alone in my struggle, and in my joy. I love that we make community simply by bringing people together in the same room at the same time to hear the same story. Maybe I’m finding the creation of fleeting community life-affirming because it is both temporary and meaningful. In a maze I can revisit the existentialist I was at twenty, but with more compassion. That might not be forward movement, but it is an interesting place to be. For now.

For those of you who are making the trip to Vancouver for the upcoming LMDA or In Tune conferences, I won’t likely have the opportunity to be in the same room with you. My immediate community will be in a tent by the water, teching the play Elizabeth Rex by Timothy Findley that I’m directing for Bard on the Beach.

The LMDA conference team will have tons of local information for you, but in the meantime here are a few of the more tangible things that make getting out of bed in my 'hood extra worthwhile for me:

As a mid-life, mid-career theatre artist and teacher, it was wonderful to read your essay. Thank you!

I most love "feeling conflicted is not a fleeting emotion but a way of life." Thank you for that.

So nice to see thoughts that have been rolling around in my brain expressed in black and white. By somebody else!