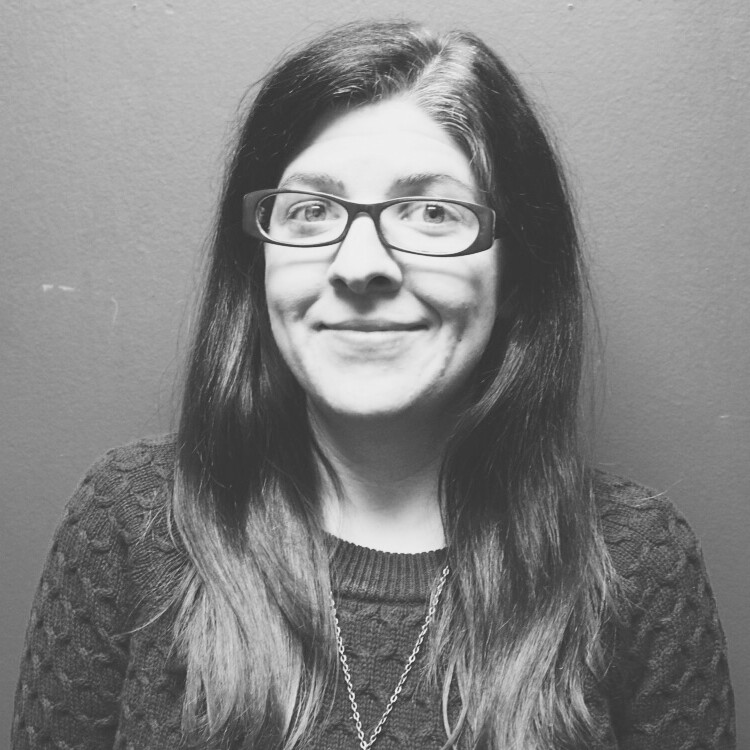 Artistic Identity in the Age of Fascism (or

You don’t bring nuance to an iron fistfight)

My first (and until November 2016, last) mass protest was Bush’s second inauguration. I bussed overnight to DC, where activists handed me a cardboard coffin draped in the American flag and set us on the march.

The chants stuck in my throat. No subtlety. No depth. I was seventeen, a college freshman, studying politics and writing. Show me what democracy looks like! It looked like a mob cry swallowing individual expression, and the coffin was a little much.

I’m not asking anyone to stop creating or to flatten their art into propaganda...But don’t be lulled by vague platitudes about the 'importance' of theatre. In this moment, the art you do matters insofar as it meets the dictate to resist and disobey.

Writers don’t like protests. Come on, what? A generalization, unlayered, lacking nuance. Of course plenty of writers take part in protest. Of course what I meant was that protests at times make me queasy, not in the abstract but in their practice, and the source of discomfort lies close to the nexus of ego and curiosity that feeds my writing. After ‘04, my fledgling activism gave way to art and education. I studied the Holocaust and the USSR, joined the Peace Corps, and wrote plays. Theatre became my way to engage with the complexity of the world; to resist simple messages and uncover truth beneath layers of nuance.

You do not bring “nuance” to an iron fistfight.

“There’s no point indulging in the kind of needlessly complex thinking that so often plagues the intelligent and the well-informed,” writes Liel Leibovitz, a descendant of Holocaust survivors. “The only thing that matters now is the simple moral truth: This isn’t right.”

There is a line in Chaim Potok’s novel My Name Is Asher Lev that’s guided me for years: “As an artist you are responsible to no one and to nothing, except to yourself and to the truth as you see it.” I took it to heart. Privilege gave me space and safety, the kind that makes social justice work feel less urgent. I wanted to write and I didn’t like protests.

And now a fascist white supremacist is taking over the American government.

People will tell you that theatre matters now more than ever. They will remind you not to become that which you resist. They will insist that complexity and criticism and tolerance are the true repudiation of fascism. They will be right.

But that is the dream for tomorrow, not the fight we face today.

“When the levers of power are seized by the small hands of hateful men,” says Leibovitz, “you work hard, you stand with those who are most vulnerable, and you don’t give up until it’s morning again.”

Anyone who reckons seriously with the dangers of authoritarianism and the lessons of history must see resistance and disobedience as their mandate.

So the long work, the good work, the steep climb and deep excavation of critical thought and compassion, of art that builds civil society—it’s not that it doesn’t matter, for these things have always mattered, but that the clock is running out. I studied art and atrocity. One may devour the other, but art bites one tooth at a time and atrocity swallows whole.

Let’s reckon, then, the loss. We will have less time, and less freedom, and will have to lend our voices to simple shouts at the barbarians in power and the mobs who put them there. At times we will be cruder versions of ourselves. It will be a waste of our skill and intellect. We have to do it anyway.

I’m not asking anyone to stop creating or to flatten their art into propaganda. Vaclav Havel kept writing and telling the truth, and we must too. Remember, though, that dissidence overtook his art. I’ll still write—for my own survival if nothing else. But don’t be lulled by vague platitudes about the “importance” of theatre. In this moment, the art you do matters insofar as it meets the dictate to resist and disobey.

Did you throw up just then?

I did. I know what it sounds like. The word “dictate” was not accidental. I am ashamed, and adrift, and very afraid. As an artist you are responsible to no one and to nothing, except to yourself and the truth as you see it.

So strip the self to its smallest part and find its barest truth. Mine says: fight annihilation.

If you do not think the stakes are that high, you have not been paying attention.

This is a eulogy for our invented selves. For the art we could have made, and the people we could have been, had we lived under brighter stars than these.

"They will remind you not to become that which you resist. They will insist that complexity and criticism and tolerance are the true repudiation of fascism. They will be right. But that is the dream for tomorrow, not the fight we face today."

I can't help thinking of all the hostility that was directed by democrats at Susan Sarandon and other life-long democrats who couldn't bring themselves to vote for Hillary because they know a lot about her.

And you'd never know from diatribes such as this that roughly four in ten women overall voted for Trump.

Clearly there is currently much danger in people becoming that which they resist. It is very much indeed the fight we face today.

Fantastic article. Thank you so much for sharing.

Thank you for reading!

Wow. Gutsy. Thoughtful. Let's help each other do both: fight the simple moral mandate to avoid annihilation and promote valueing of nuance and depth. It is not an either/or even if both only survive within our selves. I will protect my ability to think and create while I fight the fire in front of me.

Thank you, Peggy! I'm very interested in thinking of ways to safeguard complex worldviews and languages without getting lost in them. We absolutely need to keep curiosity and compassion alive (but not, I hope, at the expense of the bodies that house them.)

"I'm very interested in thinking of ways to safeguard complex worldviews and languages without getting lost in them."

I would actually argue that preserving and continuing to exercise capacity for complexity and nuance in art and language IS a form of resistance.

That doesn't make it the right or effective approach for every situation. A march is not a play. Those are different forms of expression, and they reach people differently. *Like they should.* That doesn't mean we should dispense with one. No, not even for the time being.

A lot of people think that the truth is whatever is ugly and simplistic. You see this whenever someone follows up some racist or bigoted presupposition of theirs with "I'm just telling it like it is."

We *get* to keep saying "No, that is not the truth. That is not what determines what the truth is. The world is not the way you say it is just because cruelty and callousness and simplicity are the only terms YOU can think in."

So we don't need to bring all of our nuance and complexity to every protest march or direct action--that is not what those are for or how they work--but that doesn't mean what we really need to do is tuck those things away for the next four years.

Hi Emily -- Thanks for your thoughts on this. I'm not planning to tuck away creative and complex thinking -- in this post I write about the need to keep creating, but as an act of self-preservation and preservation of the future, rather than a short-term weapon against fascists. (Fascism does not listen, it does not engage critically, it shows no good faith, it manufactures its own truths.)

"Continuing to exercise capacity for complexity and nuance in art and language IS a form of resistance."

I agree with you, but in terms of "resistance," I see this as a long-game strategy. We don't have a lot of time--certainly not four years. We have until the burning of the Reichstag. The attack that justifies declaration of emergency powers. We have until our Tiananmen, Tahrir, Euromaidan. There have been calls from voices on the left to find common ground, empathize, listen, cooperate -- all those things we know to be essential to democracy, to say nothing of theatermaking. All those things we're great at. But history suggests this is a losing strategy against an authoritarian force. I'm not suggesting we let those skills atrophy, but that we don't mistake the war for the battle. Nor misdirect our artistic energies toward trying to convert white supremacist authoritarians (in time to forestall imminent violence.)

A variety of theater professionals speak out in a "Post-Election Colloquy" at American Theatre. Playwright Joshua Harmon, with the voice of generational experience, writes: "[W]e should do for ourselves what we would tell theatre artists in Germany in 1933 to do: Run."

A new Reichstag may not appear; and the American situation is different from Germany. Let us hope for the best. But it is well to steel oneself and make preparations for other scenarios. Change can happen rapidly.

Theater, as you mention, is not likely to be the right vehicle for effective protest.

We need short-term AND long-term strategy.

If all you're really saying is to, when we're making art, understand our context, timing, audience, and objectives...then I do not understand the guilt-tripping and the throwing dictates around and the wanting to throw up.

A slogan or a protest song just doesn't have the same level of nuance and complexity as a longer, more involved work of art or literature, and there is nothing whatsoever wrong with that, and nothing whatsoever about the necessity of speaking clearly, morally, and unambiguously to white-supremacist authoritarianism...negates or diminishes the value and continuing necessity of art that is willing and able to deal in complexity and nuance. Nothing. They're different modes of engaging, for different venues and audiences.

Fascism doesn't listen, engage critically, or show good faith, but to a huge extent, we don't need it to. We need *people* to.

I mean here's the other thing.

We can speak simple truths when the truth is simple.

Sometimes it isn't. And that won't stop just because we have an autocrat in the presidency.

Those truths cannot become unspeakable just because they are, in fact, complicated.

What *is* true matters, even if if it isn't the weapon of the moment.