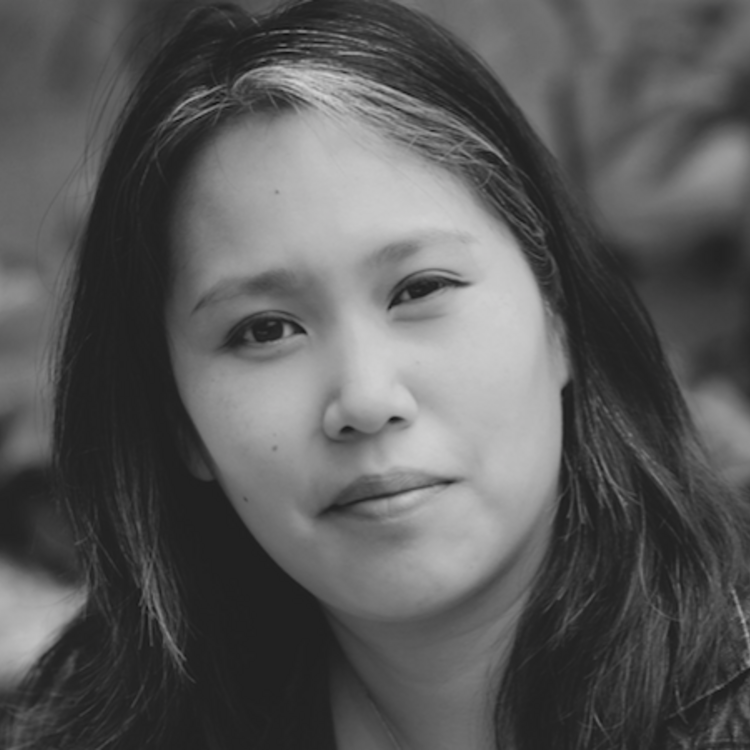 Designer as Playwright, Images as Text

Deb Sivigny is a designer by trade, but this fall she is taking on the role of Lead Producing Playwright for the production of her world premiere play, Hello, My Name Is… with The Welders. The Welders is a DC-based playwrights’ collective whose mission is to establish an evolving, alternative platform for play development and production. The intent of that platform is to inspire and encourage members to take risks and make bold leaps in exploring the craft of playwriting by producing one work by each member playwright over the course of three years before handing the entire organization, from board to bank account, on to a new generation of Welders. In this interview, Deb talks about her unique visually-led process, The Welders model, and her vision for breaking down barriers in the way we talk about theatre with fellow Producing Playwright and Acting Creative Producer, Annalisa Dias.

Annalisa Dias: Can you start by talking a little bit about what Hello, My Name Is… is about?

Deb Sivigny: The piece is about a trip I took in 2015 to Seoul, South Korea. Despite being born there and living there for the first five months of my life, I had never been back. It was part vacation, part go-meet-all-of-the-things-that-make-you-up…a heritage trip, I suppose.

In the past couple of years, I’ve really zoned in on what it means to be an adoptee, what the adoption process looks like, and how it has affected my life. A lot of the narrative about adoption comes from the perspective of the parents, social workers, or agencies, so you have the stories from adoptees themselves getting ignored.

My generation is part of the largest wave of people who were adopted between 1970 and the mid 1980s. We’re now in our thirties and forties and we’ve got plenty to say. That’s what I’m exploring. It’s taken me to all sorts of interesting places in my research, and I feel like I will never be done. I’ve opened this giant box.

I’m making an attempt to branch out into another language. I’m taking a genre that people understand and trying to translate/transmit my visual abilities to that language-driven genre.

Annalisa: Can you talk a little bit about The Welders model and how that enabled you to take on this piece?

Deb: When we applied to be the next generation of The Welders, we all had to make narratives about what we might do. Being a visual thinker and processor, mine was a tone poem in the shape of an airplane. Here I was with this visual word poem, talking about dreams of airplanes and trees and flying, and how everything has branches. It was so abstract and strange. I started to think about what would happen if I just grabbed a bunch of research, drew a bunch of pictures, shared that with a bunch of people, and said, “Let’s create a world together, add actors, and then see what happens.”

I still wonder if the medium of playwriting is the way into this. I don’t write plays in the traditional sense. But a playwright, in its literal translation, is a maker of plays. If I’m a maker of plays, what does it mean to start with not words, but visuals? What the heck would happen? The Welders have made that possible because I’m surrounded by a group of people who actually trust this idea and want to see it through.

Annalisa: Can you talk about what it means for you to have the title of lead producing playwright on this process? What opportunities and challenges does that give you?

Deb: Lots of people come up to me and they’re like, “Oh, you’re with The Welders, you write plays?” Then I do the odd tap dance because some people think I’ve stopped designing. But this isn’t a career change, this is a cybernetic enhancement.

I’m making an attempt to branch out into another language. I’m taking a genre that people understand and trying to translate/transmit my visual abilities to that language-driven genre.

I’m interested in the cross-cultural exchange of the piece, but also cross-disciplinary exchange of the production. I change art mediums in my renderings all the time, but I do it in the privacy of my own studio. So to take up writing in tandem with my design work to communicate is taking a chance. With this piece, I go back and forth between descriptive writing, character dialogue, and using research to speak for me.

Annalisa: I’ve been listening to you talk about your process for the last year and half, and I’m interested in the theory of using actual images as words. Can you talk a little bit about what visual work as text might mean?

Deb: I think that language sometimes eludes people. Language, like design, is basically manipulation and semiotics…it is comprised of signs and symbols that, if put in a certain order, give a certain narrative. For instance, if you go to a foreign country and hear a language you don’t understand, but the person is making hand motions, you’re actually getting more from their face than you are from anything that’s coming from their mouth. You might as well take everything that you’re seeing visually. I’m intrigued by the idea that there are universal signs and symbols. I’m interested in the ways that we don’t have to say a single word, and yet we know what we’re supposed to do.

Annalisa: I know you started “writing this play” by drafting ground plans rather than starting by writing dialogue or a script. Can you explain why or what that means?

Deb: I began dreaming about how space would affect ideas and perception of space. There are facts that go into that: we are not in Korea, this is not an orphanage, this is not a social workers’ home. Hello, My Name Is... is a seven-room installation. I wanted the piece to be not necessarily site-specific but site-reactive, so any space I used would need to be adapted to resemble the things I wanted to portray inside of it. It couldn’t completely depart.

Now that I know we have a separate house, I am developing every separate scenario through the ground plan of that house. I’m looking at how the space informs the narrative rather than how the narrative informs the space. It’s a dialogue back and forth between what can we do, what should we do, and what does the house want. I know that a house implicitly tells its own story, which has nothing to do with my play, but does inform how I navigate through spaces. I have to let the space speak to what I’m going to do and how I shape the play.

Why do we have to pigeon hole ourselves into these little boxes when we’re obviously moving closer to working in interdisciplinary, cross-genre, theatre-dance-film spaces?…So why not invent new titles?

Annalisa: Anything else to add?

Deb: In our field of theatre, there are so many different people who do so many different things. I guess we quickly give titles to people because of our society’s need for structure. For much of my career I have been a costume designer. In the past five years, I’ve been doing more set design, so I’m a scenic designer and costume designer. And now I’m part of a playwrights’ collective, so I’m a scenic designer-playwright-costume designer. I’m also a maker. I’m also a painter-dyer. I have seventeen titles within one field. Why do we have to do that? I want to blow it up.

Deb: Why do we have to pigeon hole ourselves into these little boxes when we’re obviously moving closer to working in interdisciplinary, cross-genre, theatre-dance-film spaces? The boundaries are getting shorter and shorter, and we’re sort of pushing down walls. So why not invent new titles? I’m a designer-as-playwright…even though I want to throw both of those titles out the window.

Annalisa: Do you see your work in conversation with other artists who are asking similar questions?

Deb: The teams behind Sleep No More, even The Great Comet—immersive environments that suck an audience in on a very different level than seats-over-here-stage-over-there—I find that deeply inspiring. I find devisers and the ensemble model of building a show inspiring. The idea that anybody can generate, and generation can come from anyone inside that circle. Generation can even come from people outside the circle. I’m inspired by people who are breaking the mold.

I appreciate how you describe parts of your work as site-reactive and recognize the environment can inform the work.

I appreciate how you describe parts of your work as site-reactive and recognize the environment can inform the work. And this is the first time I've heard of The Welders. What a wonderfully positive, communal, pay-it-forward challenging way to work. Well done.