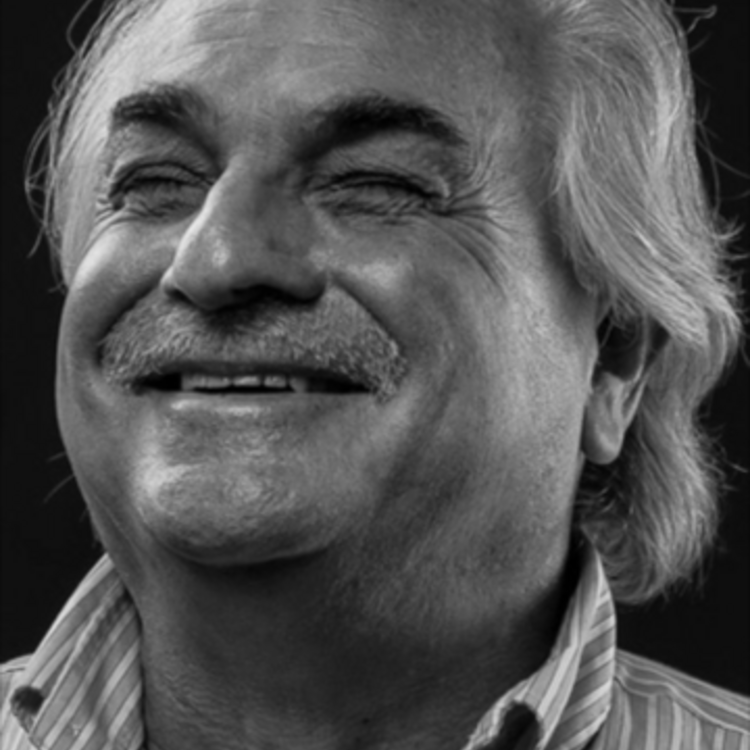 At the Crossroads of Disability and Theatre at Mixed Blood

The Mixed Blood Theatre Company has always been about people with difference coming together and being better off for having convened. This has played itself out for forty-one years in mainstage programming, touring productions, our customized theatre for workplaces, and our civic and community engagement work.

For our first twenty-three years, convening people with difference focused on race, culture, language, gender, and nationality. But in 2000, I visited Interact Theater in Minneapolis/St. Paul, a company comprised of people with disabilities of all types: developmental, physical, acquired, mental, and more. Because disability spans race, culture, and class, I saw at Interact a theatre company that adhered to Mixed Blood’s mission even more than Mixed Blood itself. I realized that we had been remiss in not incorporating disability into the manifestation of our mission and set out to do so.

As we learned and immersed ourselves in disparate disability communities, we have consistently come closer to being the institution that we aspire to be—in programming, services, audiences, facility, and development. As the organization’s leader, I preach that relationships are our currency and, with genuine relationships, the money will follow. Nowhere has that proven itself more consistently than in our work within the worlds of disability.

People with disabilities earn less, have greater health care issues and disparities, are unemployed and underemployed at rates vastly greater than those without disabilities, have profound transportation issues, experience high rates of poverty and homelessness, and feel frequently isolated. In Minnesota, 12.1 percent of people have disabilities and 30 percent of those live at 150 percent or less of poverty level. With a 81.8 percent employment rate in the state (for working-age residents), only 47 percent of the Minnesotans with disabilities are employed, and only one fourth of those are employed full-time.

Mixed Blood aims to use theatre as a quality of life enhancer, not just an entertainment conduit.

In an entertainment industry woefully inept at accurate portrayals of people with disabilities, Mixed Blood aims—through programming, facilities, and services—to be the theatrical destination for Minnesotans with disabilities.

Locally and nationally, 12.1 percent of the seats in theatres are empty on any given night. This is a tremendous opportunity—to fill our otherwise empty seats with people in our midst. The talent pool and the canon of theatrical literature allows all artistic directors to broaden their horizons without compromise, as they seek to lead audiences to see that which they don’t yet know they want to see—something truly vital and new.

Many theatres have an outreach staff person, a single individual who is supposed to be the conduit of that organization to all marginalized peoples. Too often that person is the organization’s lone person of color, and is frequently set up for failure. At Mixed Blood we have four year-round, part-time organizers who recruit advisory councils to allow us deep, broad, and diverse connections within targeted populations. We have a Disability Advisory Council, Latino Advisory Council, Cedar Riverside (neighborhood) Advisory Council, and a newly established Trans Advisory Council. The Disability Advisory Council (DAC) and its coordinating staff member position were established a decade ago. While we are not nor do we claim to be categorically a disability-focused theatre like some of the great theatres (Apothetae, Phamaly, Deaf West, NTD, Interact, and others), the guidance of the DAC has been transformative.

Revolutionizing access has long been in our articulated vision statement and our disability focus has challenged us to walk our talk. The foundation for the disability work is the mantra “nothing about us without us.” One of the Disability Advisory Council Members challenges us: “When asked how many people we are willing to offend, the answer must always be zero.” Compliance isn’t our objective; being a welcoming, inviting, affirming destination is—for artists, audiences, staff, and stakeholders. That goes way beyond compliance.

In 2009, we conducted a series of focus groups, led by our Disability Organizer, Rob Ley. We sought to find out what the barriers were for people with disabilities to attend theatre in general and Mixed Blood more specifically. The participants were either leaders of organizations that served a particular disability community or were a member of a disability community. To ensure candor on the part of participants and understanding on the part of Mixed Blood, we conducted the sessions in a professional focus group setting with one-way mirrors. From these groups, we forged five marching orders: facility, cost, transportation, bathrooms, and staff.

Our facility is an 1887 converted firehouse, but our aim is to have it be a sanctuary for all, a safe place where a culture of judgment can transform into a culture of empathy. Those focus groups charted new courses for us. There are now, of course, ramps and elevators and lifts and accessible dressing rooms, bathrooms, drinking fountains, offices, and box office. There are assisted listening devices, ASL interpreted performances, and audio description.

All of this is not unlike many/most theatres in America. But we continued with our work, diminishing seating risers and raising the stage to allow wheelchair users to sit throughout the theatre. Our adjacent parking lot is entirely devoted to accessible parking. Every word of every script is projected for every performance of every production, sometimes to the chagrin of the actors, who are caught when they’re not word perfect. Scenic designers now weave this into their design discussions from the first day. We have figured out how to, at minimal expense, mechanize audio description so that it can be offered at virtually every performance. There are even comfy mats for service dogs. Disability Advisory Council members train house staff in appropriate behavior and greeting, and anyone with a disability can call the box office and arrange free transportation to and from the theatre for any performance.

One of the great propulsions the work of these advisory councils instigated was the conversation around the cost of theatre. How many times have we all heard the expression that “theatre is an elitist art form”? At first we sought and received grants to have reduced admission cost for people with disabilities, for Latinos, and for people who live in our own zip code. We then realized we were segregating our own audiences, which was antithetical to whom we imagine ourselves to be. Staff and board then began a fourteen-month exploration that resulted in Radical Hospitality, allowing anyone to see any performance without cost on a first-come, first-served basis. It altered Mixed Blood forever.

We are data geeks at Mixed Blood. We survey heavily for demographic information, averaging 92 percent return on in-person, pre-show paper surveys. In six years of Radical Hospitality, about half of all audiences enter via Radical Hospitality. Of those, 7–12 percent self-identify as a person with a disability, consistent with the overall population.

We are not doing anything extraordinary at Mixed Blood. We are just doing what seems the right thing to do. If what we do seems special, it is an indictment of the American theatre.

We have toured two disability shows for hundreds of performances around the Upper Midwest since 2005: The Deaf Duckling (about a deaf child born to a hearing family) and Theory of Mind (about a teen with autism). There were two disability-themed festivals—Center of the Margins—in which we produced/presented three plays looking at the intersection of disability and theatre: plays in which the theme and content and characters were about disability, plays in which there was a central character with a disability but the play wasn’t thusly focused, and plays that were enhanced by casting actors with disabilities. Some shows have been commissioned and some have been award-winning shows with commercial track records (Next to Normal and The Curious Incident of the Dog in The Night-time). Some were written by playwrights with disabilities and some by playwrights with disability in their worlds. Our stage has been inhabited by people across the disability spectrum from people with spinal cord injuries to artists with autism to actors with cerebral palsy to deaf performers to amputees to mental illness and more, always embodying, via stellar talent, Mixed Blood’s claim to live at the intersection of authenticity and virtuosity.

We are not doing anything extraordinary at Mixed Blood. We are just doing what seems the right thing to do. If what we do seems special, it is an indictment of the American theatre.

With an A-ha grant from Theatre Communications Group, Mixed Blood set out to trumpet the vast undiscovered subculture of the American theatre and create a library of every English-language play that had characters with disabilities, was written by playwrights with disabilities, and/or had themes of disability. We also aimed to assemble a database of theatre artists with disabilities to populate the casts and creative teams of theatres producing those plays. David T. Mitchell and Sharon L. Snyder’s

Narrative Prosthesis (2001), contends that half of all plays have, often unintentionally, characters with disabilities. The behavior and descriptions of those characters were often clearly of those with disabilities, even if not labeled accordingly. And so, to incentivize theatres to produce disability-focused work and hire appropriately, we assembled a curatorial panel, assembled twenty recommended scripts, and offered $5,000 to theatres to produce plays from our library.

Recently we presented a dedicated performance for an audience of Deafblind patrons. This performance had two interpreters per audience member as well as ASL interpreters for the deaf interpreters. Perhaps surprisingly, in a room full of people who are deaf and blind, the noise is cacophonous and the show hard to see through the blur of interpreters. For the show to succeed and find an audience required heroic efforts from our production manager and Disability Advisory Council.

Mixed Blood is such a better regional theatre for having recognized its shortcomings in regard to mission realization and disability. That intentionality now leads us to better material, better artists, more desired audience members, a more inclusive staff, a healthier balance sheet, and accomplishment of foundational aspirations and ambitions. While equity, diversity, and inclusion have risen to the surface and forced us, as a field, to be introspective and proactive about race, culture, and gender, disability is the next frontier. I urge you to embrace, immerse, and integrate disability into the daily work of your theatre’s board, staff, and programming.

This article is a revelation. THANK YOU.

THE AMERICAN THEATER IS ALIVE AND WELL.

There's so much good in here, specifically, in how Mixed Blood went from theory to action. I'm so excited to send out this link via @theatreisdead . Link of the week fersure.