The Life and Times of The Production Company

“It's so much not enough. It's so inadequate. But still bless me anyway. I want more life.”
― spoken by Prior Walter in Tony Kushner’s, Angels in America

I read Maria Goyanes’ wonderful article on the life and implosion of 13P with admiration and no small amount of envy. It reminded me what an unresolved relationship I have with death. There’s a death in my life that I haven’t acknowledged, haven’t grieved. It’s the death of my theater company.

In the spring of 2004, I began to have coffee meetings with several colleagues to let them know I wanted to form a company to do new plays. The early part of the twenty-first century was a different time for the new play sector. There was no Roundabout Underground, no LCT3, and no Public Lab. Everyone was frustrated by the sense that new plays were being developed to death. In my own work, directing readings of plays that would never go on to be produced was professionally frustrating and worse than that, it was no fun. However, led by 13P, artists like me were inspired to take the means of production into our own hands and create the American theater that we wanted to see. In our time, these artists made the American theater a bit more hospitable to challenging new plays. 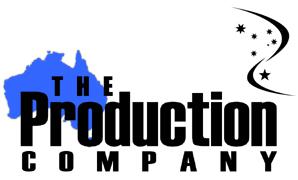 Our simple name, The Production Company, reflected our commitment to seeing the new plays we worked on realized in full productions. (In our youth, we didn’t realize that a previous company, led by Craig Lucas and Norman Rene, had used that name; after the fact, I decided that our use of the name was homage to these great artists.) Combining my passion for new American plays with my burgeoning interest in Australian theater, I got to create new work with artists I admired like Stephen Belber, Ben Ellis, and Liz Meriwether. I continued my relationship with old buddies like Trista Baldwin and Alan Berks. I developed incredible projects with artists I hadn’t previously known like Blair Singer, Dan O’Brien, and many others. We began our journey that summer of 2004 by mounting a short Beau Willimon play at HERE Arts Center for $200 that I paid out of my pocket; in 2010, we returned to HERE at the end of our life with a $41,000 collaboration between Lally Katz and Oliver Butler that taxed our small company’s infrastructure tremendously.

Like everyone’s life, it got messy sometimes. We lost money and we pissed each other off. We did things I wouldn’t do again and we did things I’ll spend the rest of my life trying to recapture the fleeting exhilaration of. What’s wonderful about having a small theater company is that sense that anything can happen. I loved being able to reach out to the artists I admired and propose exciting collaborations, ones that could take any shape that we imagined.

Except, somehow, they all took mostly the same shape. The formula was tried-and-true: produce plays, organize them into a “season,” run them for three to four weeks, attract audiences and press, eventually add more shows to the season, start paying ourselves salaries (we always paid artists), get an office, and live happily ever after. But, in trying to become an institution in that way, we failed to capitalize on one of the things that made us special. By its nature, independently-produced work has different rhythms than institutional productions. Both have strengths, but attempting to replicate institutional structures—where every production has the same performance calendar, similar budgeting, and is announced as part of a season of work—on a small scale can remove the very nimbleness that’s the strength of small companies. In this rush to institutionalization, shows with momentum behind them get discarded in favor of always moving onto the next project, while exploratory projects that might benefit from lower-key expectations move into a one-size-fits-all season structure.

By its nature, independently-produced work has different rhythms than institutional productions. Both have strengths, but attempting to replicate institutional structures—where every production has the same performance calendar, similar budgeting, and is announced as part of a season of work—on a small scale can remove the very nimbleness that’s the strength of small companies.

Today, the small companies that thrive in New York City do so not by emulating institutional structures, but by being project-focused rather than structurally-driven, meeting work on its own terms and partnering with institutions rather than trying to become one. Somewhere within myself, perhaps I knew this. But old dreams die hard, and I never felt more productive or proud than when we would announce a season of two plays. We codified this structure, by choice, with Actors Equity via a code that tied us to mounting two productions per year—produce or perish. For a company with no full-time staff, this proved a daunting task.

Nothing dramatic happened to bring our time to an end. Our life was just supplanted with other life, with more life. People moved away or they got busy with other projects. I did too. (Perhaps that’s why I craved the safety of an institutional structure; it’s easy for artists to walk away from working administratively for no pay and hard to replace them when they do.) For two years, only periodic emails with our diminishing bank statements reminded me, monthly, that The Production Company had died. But I just couldn’t put it to rest. If my theater company had died, I wondered, did that mean I had died too? Why did I feel like I had failed? Were organizations that exist in perpetuity the only ones worth celebrating? Maria’s lovely requiem for 13P convinced me that wasn’t the case.

So here we go: The Production Company was here, from 2004–2010. We produced thirty-one new plays, and worked with 165 incredible artists. We lived gloriously and we died quietly, in our sleep, which is all any of us can ask for.

Equally important, I hasten to add, is that I am still alive. I have wonderful artistic homes at Keen Company (where I am the Director of New Work) and Ensemble Studio Theatre (where I am a lifetime member); these relationships were made possible, in part, by the work I did with The Production Company, may it Rest in Peace.

Anyone want to make some theater?

I think this phenomenon is true all over, especially in places where funding is geared towards companies and not towards individual artists. Here in Philly, where this is an especially vibrant devising and self-producing community, there has been strong push back to try and find alternative means to create work without over building over quickly. Swim Pony (a "company" that is little more than a brand name for my solo work) has been exploring ways to build structure sustainably, especially as an individual or small collective. For anyone interested we hosted a talk last year called "Don't Start A Non-profit" which you can find on youtube (http://www.youtube.com/watc... or just look at the slide of here: http://www.slideshare.net/S...

If you feel like making some stuff in Philly, hit me up.Adrienne

Thank you for sharing your loss, Mark. After reading this touching piece I was relieved to learn that you now have two artistic homes. The Production Company: RIP indeed.

Thank you for this. Everything you've said speaks to my own experience with my own company.

Mark, many thanks for all you and your colleagues accomplished with the Production Company and for posting this remembrance. You're right to be proud of what you did and for all the playwrights you produced (instead of workshopping).

I remember The Production Company! In the press and mess of life, I did not realize you were truly gone. The theater scene in New York is a small town--we need a small town newspaper to announce births, deaths, and invite people to the christenings and funerals. When I think back on the company deaths I was present for, I do wish there had been some ceremony. Some flowers. And strong drink.

Love this. Thank you!

Thanks for writing that Mark, I raise a glass to you.

This article reminds me that there are many undulations across a lifetime. Mark -- and I've known you for a bit -- I'm moved by your drive, service, and honesty.

Well said, sir. Not every company must become an institution, and once a company has fulfilled its mission - and 31 productions and acting as a springboard to more new plays work certainly sounds like a fulfillment - it can be released. I had a similar experience last June, so both feel with you and celebrate this articulation of theatrical lifecycle and how essential it is for companies to know and play into their strengths.

SO cool that you allowed your group to live and then die...genius.

love this article and love this thought: But, in trying to become an institution in that way, we failed to capitalize on one of the things that made us special. By its nature, independently-produced work has different rhythms than institutional productions. Both have strengths, but attempting to replicate institutional structures—where every production has the same performance calendar, similar budgeting, and is announced as part of a season of work—on a small scale can remove the very nimbleness that’s the strength of small companies.

Thank you for this requiem, Mark! Lovely.