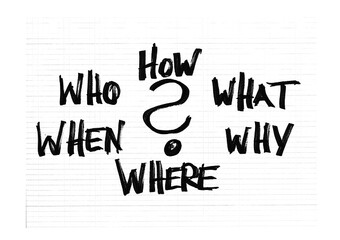 Starting a theater company is much like getting ready to write a book report in the sixth grade. Before you get to the nitty-gritty, you first have to figure out the “Five Ws and One H.” Who? What? Where? Why? When? And, How? Much like my book reports in grade school, I’ve had to remember these questions when writing an analytic paper on a play in my literature classes or when I was writing a news story for my Broadcast Journalism classes. People who read stories, and want to be satisfied, want all the information to answer the “Five Ws and One H.”

I started a series at the theater company called “The Curtain Openers,” where a ten-minute play is produced each night before one of our season’s full-length productions. The theater commissions these plays, produces them, and then publishes them at the end of the season in June. Our goal was to create a small microcosm of the entire life of a script, and to show younger actors, directors, and writers this process, and to allow them to meddle in any stage of that process.

People who read stories, and want to be satisfied, want all the information to answer the “Five Ws and One H.”

Here are the ‘Five Ws and One H” for our theater company’s “Curtain Opener” series:

WHO: Who did we want to serve with this project?

When we decided to start this series at the theater company it was at the end of my second summer at Hollins University’s Playwriting MFA program, a low-residency graduate program in Roanoke, Virginia where students attend classes for six weeks every summer. So, I have a group of young actors (mainly, fresh out of their bachelor programs) in St. Louis and a slew of emerging writers I’m surrounded by every summer in Roanoke.  The theater company ensemble wanted more roles and the writers wanted productions. Good or bad, it was going to be win-win.

WHERE & WHEN: Where is this going to be beneficial? When would be the best time for this?

Em Piro, founder of St Lou Fringe, once said to me, “St. Louis theater is nomadic.” I see a lot of shuffling around, be it individual artists or whole theater companies, and a great deal of artist sharing. And there are some great theater companies engaging in new work right now, like First Run Theatre (world premieres of St. Louis playwrights), R-S Theatrics (a lot of St. Louis premieres), and Slightly Askew Theatre Ensemble (who will do anything they see missing from St. Louis), just to name a few. It’s my goal to train members of our ensemble thoroughly in new play development and what it entails so they are equipped to work at larger companies with high expectations.

So, that’s the “Five Ws and One H” of our “Curtain Opener” series. And it’s been successful. The ten-minute pieces sometimes get reviewed more favorably than the full-length production (as was the case with Laura King’s For Annie’s Sake, which was performed in front of Jean Anouilh’s Antigone). One actor made a really strong bond with one of the playwrights through the process and has since directed another piece by the writer outside of our company, becoming a champion of that writer. And that’s probably the best, unforeseen, outcome of this project, the strong director-playwright relationships. Good or bad, it ‘s been win-win.

I love this idea! Thanks so much for sharing it.

Thanks for reading about it Emma! We've had a lot of fun developing it and branching out to all sorts of different types of playwrights.

My experience working with Taylor and the Tesseract Theatre Company was exceptional. The opportunity to write a 10-minute companion piece to Antigone was an exciting challenge, and the fact that my play gets produced and published is the icing on the cake! Taylor is a champion of new works, and Tesseract should serve as a model for emerging theatre companies.

Laura, thanks for being involved and reading the blog here as well!

Process Performances and the Completion Commission

Rachel Dickstein, Artistic Director of Ripe Time, takes us through her experience with Center Theatre Group’s completion commission for their adaptation of SLEEP. She also spotlights some necessary and helpful relationships with tour presenting partners, the Association of Performing Arts Professionals, as well as champion and friend Diane Rodriguez.