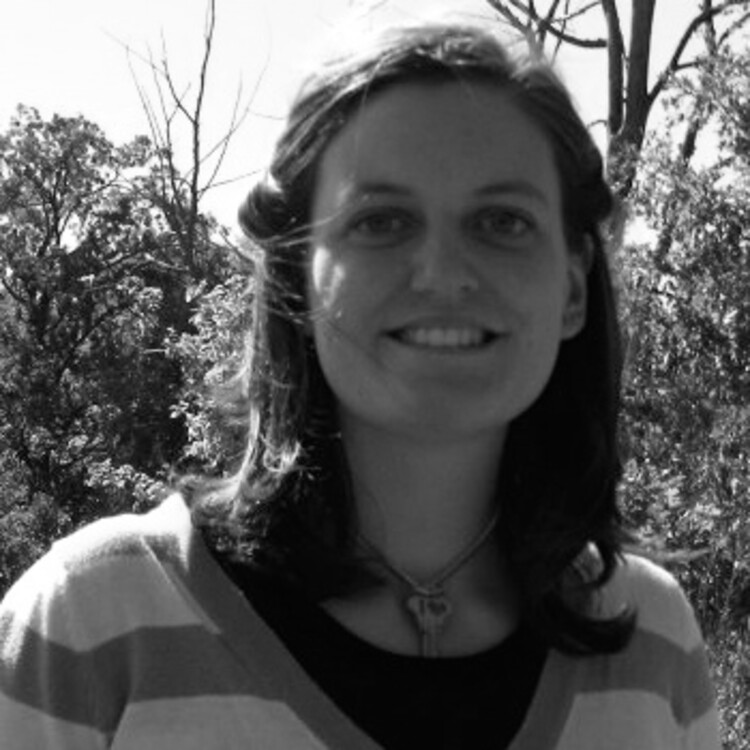 Past and Future in The Kirkbride Cycle

On a recent afternoon in Fergus Falls, Minnesota, I stood in front of an unfamiliar side of a building I’d seen hundreds of times before. A crowd of bicycle-riding audience members surrounded me as we watched the beginning of scene four of The Kirkbride Cycle performance. Four very young cast members were playing on an old seesaw. Two were teetering and tottering back and forth. A boy, wearing the sign “business man,” shouted, “Why can’t you be more concerned about money?” A girl, wearing the sign “doctor,” shouted back, “Why can’t you be more concerned about human beings?”

As we watched the scene unfold, I overheard a comment shared between two spectators looking up at the property next to us, “It needs a lot of work doesn’t it?” I glanced up at the chipping paint of the historic Kirkbride building’s west side. The past, present, and future of a place existed simultaneously before me in one surreal moment.

The Fergus Falls State Hospital is an abandoned asylum modeled after Thomas Kirkbride’s principals for “the construction of hospitals for the insane.” Fergus Falls, my hometown, grew quickly after the hospital was built in the 1890s. For over one-hundred years, the building treated patients with chemical dependency, cognitive disability, and mental illness until it officially closed in 2007. After the Community Mental Health Act passed in 1963, the federal governemnt began shifting treatment services from these institutions to community care. This process was known as deinstitutionalization. In 2011 and 2012, demolition of the empty building was hotly debated in city council chambers and in casual conversation. On one end of the spectrum, people advocated for the importance of preserving the historic legacy of the building. The opposition brought up the enormous risk to the city of absorbing demolition costs should a development proposal fall through.

The building still stands with an uncertain future. On September 6th 2014, the hospital grounds became the site of three performances of The Kirkbride Cycle, an original historic musical created from over fifty interviews with local community members and historical research. The play was a project of Imagine Fergus Falls. This initiative, led by Springboard for the Arts, and funded by the NEA’s Our Town program focuses on “fostering interaction about historic preservation and economic development through innovative arts programming, creative placemaking, and storytelling.” The Kirkbride Cycle was written and directed by PlaceBase Productions, a Minnesota theater company that specializes in creating site-specific work with local communities.

How do we harness the power of arts to inscribe places with cultural value? How does that valuing affect the wellbeing of our communities?

The performance represented a serendipidous convergence of deeply personal worlds for me. When my family moved to the area, my mother was a mental health social worker at the treatment center as it was going through its process of deinstitutionalization in the late eighties. One of my high school theater directors, Lowell Carpenter, played the show’s title role of Thomas Kirkbride. I studied Theatre Arts at the University of Minnesota with Ashley Hanson, one of the founding members of PlaceBase Productions. I am a mental health advocate, psychiatric survivor, and scholar of mental illness in performance. Young performers had participated in theater classes I taught while living in the city. My family still lives in Fergus Falls and I have a vested interest in its future. Engaging with work that is at the intersection of my passions has been a great challenge and a great opportunity.

There were almost six-hundred people in attendance at The Kirkbride Cycle performance, myself included. The first scene transported us inside historical fiction: actors portraying members of a precursor to the American Psychiatric Association were discussing conditions of “treatment for the insane,” in the words of the time. Other actors interspersed themselves among the crowd, reacting to and inserting us into the meeting and debate. At the end of the scene, Thomas Kirkbride invited us to follow him and witness his vision for mental health treatment. Later, we would be invited to vote on his “26 Propositions Relative to the Construction of Hospitals for the Insane,” which had been inserted into our program. As audience members, we were set up to decide the fate of a building that was standing before us. We would judge the future of a place that had made the existence of our city, as it was today, possible.

At a street dance after the production, I spoke to performer Rebecca Svingen. A jazz band played in the background as she explained to me how the production influenced her relationship to the building,

…It’s a beautiful piece of architecture, but I’ve always felt like it is such a massive building that I don’t know how to make rehabilitating it work, fiscally. Then, I went through this (production) and I realized that it’s really the people that have to make it work. If retail goes in there, then it’s up to us to make sure those shops and stores are successful. It’s the townspeople who need to pull together to make something like that go.

How do we harness the power of arts to inscribe places with cultural value? How does that valuing affect the wellbeing of our communities? That day, many of us brought with us the knowledge of the estate’s unclear fate. The performance gave us the symbolic power to determine its future in our town.

The six actors playing residents of the hospital were dressed in rainbow colors. They were poetry. They were movement. They were abstraction and spoke historic facts. But they didn’t break from the group to speak about their experience of being unwell and their relationship to the building in the first person. During the day’s activities, I often heard reference to “the forgotten people” that resided at the treatment center. How do you represent the pain of historic erasure and silence of a group of people? Is telling the story of the pain of a place an important aspect of a community’s well being? Where and when should this happen? What conventions artistically honor these moments?

I connected strongly to one performative moment when the residents enacted a scene representing Thomas Kirkbride’s magic lantern shows. He used an early type of slide projector to show pictures of his travels around the world at the hospital.  Off on one side, a group of three actors performed his pictures, while on the other side three more danced. Suddenly, the actor in yellow (Clara Wegscheid) pulled away. She performed her own gesture, before the two others dumped a bucket of packaging peanuts over her. Written on the side of the bucket was the word Thorazine, an early antipsychotic drug. She fell to the ground.

Themes of care and well being were strongly present throughout the piece and the cultural space surrounding the performance. While filling out an audience survey, I asked Sarah Schaan, a  mental health worker from Fargo, about her thoughts on the performance. She told me,

I think there is a gritty reality to what they (institutions) ended up doing, what they had to deal with. But I also think there was a beautiful community that was built in hospitals like this. I think that Kirkbride really provided that. They focused on that. So, as vilified as big institutional hospitals like this were, community was something that they really tried to promote and that’s a really important thing.

Care and silencing are both important parts of the narrative of the evolution of mental health practice in this country. That same weekend, a dedication ceremony for five hundred newly installed gravestones took place in the largely unmarked cemetary grounds.

I would not advocate for reinstitutionalization of mental health treatment. I don’t want to return members of the community with chemical dependency, cognitive disability, or mental illness to state asylums. Yet I was struck by the way the performance placed institutions within historical context. Dorthea Dix, a prominent mental health advocacy worker from the mid nineteenth century investigated conditions of private treatment facilities for the insane. In the previously mentioned meeting scene, she told the audience that when she toured these places she saw “human beings who have committed no crime confined within this Commonwealth, in cages, stalls, pens!” I connected to, understood, and applauded the desire to harness government resources for care of its vulnerable members. Played by Emily McCune, Dix became a tour guide for the performance alongside Kirkbride. Reflecting on the Kirkbride’s story made me wonder: How do we now envision the story of mental health care in our country?

As I walked from scene to scene, a series of amazing visual art installations caught my eye. I was reminded that contemporary aesthetic expression can exist anywhere. All communities can benefit by valuing their creative capacities. The art that I encountered by local artists was thoughtfully connected to the space. Naomi Schliesman, Scott Gundvaldson, Kirk Williams, and Actual Size Artworks infused the grounds with symbolic meaning. In one scene, a set of giant colorful keys sat aptly on some steps near a therapist who says, “I didn’t fix them; they fixed themselves. They have the key. It might be hard to get to at first, but it’s in there, and they are the only ones who can to find it.” Life sized, painted wooden cut outs of hospital employee archetypes were placed strategically, reanimating the estate.

The Kirkbride Cycle created a temporary, public, cultural space around a building that’s future is still being determined. It is an institution whose past is woven with contrasting threads of philanthropic care, oppressive erasure, and great suffering. What will be its future? How will we honor its complex past? How does cultural production affect dialogues that determine what our public spaces, shared purposes, and identity constructions become?

UPDATE: The Kirkbride building will be spared from demolition if an organization called Friends of the Kirkbride can raise 700,000 dollars to fill the financial gap in the redevelopment plan. http://www.gofundme.com/fer...

Thanks Haley. You captured the day in precise and poetic language.

This is inspiring work.

It WAS inspiring the way so many community members came together and collaborated in the performance and cultural space at the event.