A Flash of the Irish Stage

Since high school, there has been something about Irish theatre that has captivated me. In November, I decided to travel to Ireland to see theatre around the country to figure out exactly what it was. I wound up remembering why I do theatre in the first place.

I met up with the group of acting students at the Cork School of Music in the lobby of their school to walk to The Everyman Palace in Cork City, Ireland. Their professor (an alum from my alma mater) had given them the assignment of looking after me, making sure I got to the theatre on time, and making sure I got a ticket. I had observed this ensemble of students in class earlier that afternoon. They performed monologues, so I knew who they were, but considering that minutes ago I was at a pub where a local couple bought me a few pints, I was too scared I would flub their names—particularly the ones requiring a glottal consonant—to use them.

The professor’s assignment of making sure his students secured a ticket was a tricky task. The production playing at The Everyman was The Abbey’s (Ireland’s National Theatre) Sive by John B. Keane.

“Do you know the story of Sive?” one of the students asked me as we glided to the theatre.

“I don’t think I do,” I responded. Subtext: never even heard of it.

“Oh, it’s like a big deal here. Everyone reads it in school. One of those famous Irish stories.

Do you have a play like that in the States, one that everyone has to read in high school?”

“Probably, The Crucible?” I guessed.

“Ah, yes, this is like The Crucible for us.”

One of the names I was sure of was Patrick—he is from Country Cork. He explained to me that people from Cork are very proud to be from there. All of the other students groaned in agreement. It seemed true.

“Well we do have the best county,” Patrick said as his nose tipped up and his eyebrows arched. He explained to me that tonight was special because The Everyman Palace was, “never going to be this packed again.” Not only was the play Sive, but it was a local girl playing the title role. Everyone would be there. This made the idea of getting a cancelled ticket at the door all the more improbable. The students knew this too and as we got closer to the theatre, we all were bracing for an awkward departure where they walked in and I shuffled away. They attempted to distract me by changing the subject and talking about Panto—an annual Christmas pantomime pageant that arrives in theatres across Ireland around Christmas time.

“So it’s like A Christmas Carol? In the States, seemingly every theatre produces that during Christmas.” I suggested.

“It’s worse,” the group responded. One girl attempted to define it in academic terms, “It’s like Commedia, but...” She didn’t finish the sentence.

The acting students portrayed Panto as the height of tackiness with children, amateur actors, and “community celebrities” coming together to present a fairy tale full of local references, satirical songs, and—occasionally—drag. Patrick, however, wasn’t happy with how the group was representing Panto to me.

“It’s not that bad!” He insisted. The group grunted and rolled their eyes. “Sure, it’s not the height of art, but some of the songs aren’t that bad! And the dancing too! I got into theatre because of Panto. And I bet that’s the same for most Irish actors!”

At The Everyman Palace, excited theatregoers were spilling out into the street. The class—sweetly—waited outside the theatre until I found out whether or not I could secure a ticket. I walked into a beehive of a lobby, and saw a line emerging on the other side, horizontal to the box office. There was an older woman in front, and I asked her if this was the line for the box office.

“Yes,” I said coyly, conveying that I knew it would be impossible.

“Well, here you go.” And she gave me a ticket. Front row. I could feel my eyes widen.

“I have an extra ticket; and a ticket to the theatre should never be wasted,” she glinted. 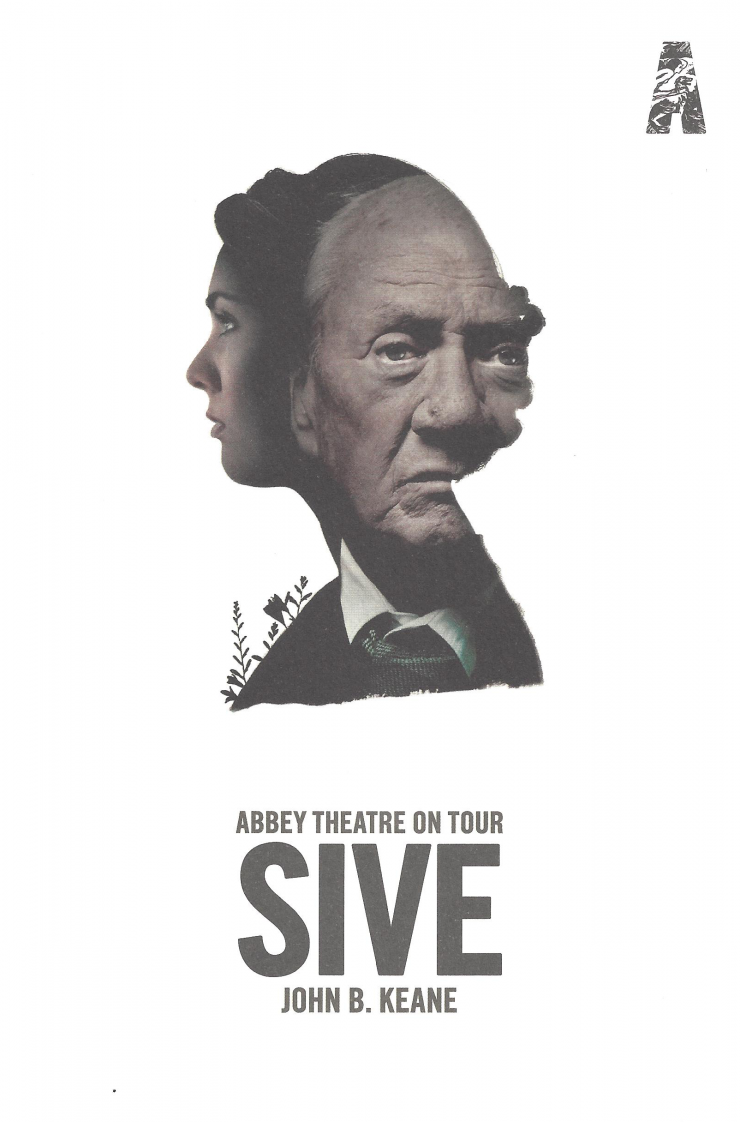 The Everyman Palace was a beautiful, stout theatre with the charm of a small town vaudeville house. The paint was an imperial red with chipping gold leaf. The orchestra section was a symphony of Irish dialects. Seemingly, everyone was talking about the story, past productions of the play, and Roisin O’Neill, the local girl playing Sive.

Rhona, the woman who gave me her extra ticket, was my companion during the play. She explained that she’s seen many productions of the play and now goes to see different interpretations of the story. She said that this is an important play to this community because the play is about a young girl, full of promise, who is arranged to marry a wealthy elderly farmer, and the scenario of arranged marriage for financial gain is something familiar to older generations—including her own family.

Rhona made brilliant observations about details in the production: “If he was traveling down a country road for days, why was there no mud or dirt on his boots?” or “That table seems far too large for a poor farming family.” While her notes were obsessive, they were accurate and detail-focused. I told her she could probably be a director, and she said she would rather be a designer and in fact, she designs productions in her village, just outside of Cork City. She gloated that their one act play recently won a third place award for community theatre in Ireland.

Once the play was over, Rhona and I kept chatting. The students came over as a group and notified me that it was their responsibility to make sure I made it to the pub where their professor was waiting for me, so I should depart soon. Rhona wished me good luck with my trip through Ireland; I let her know that she was my good luck. 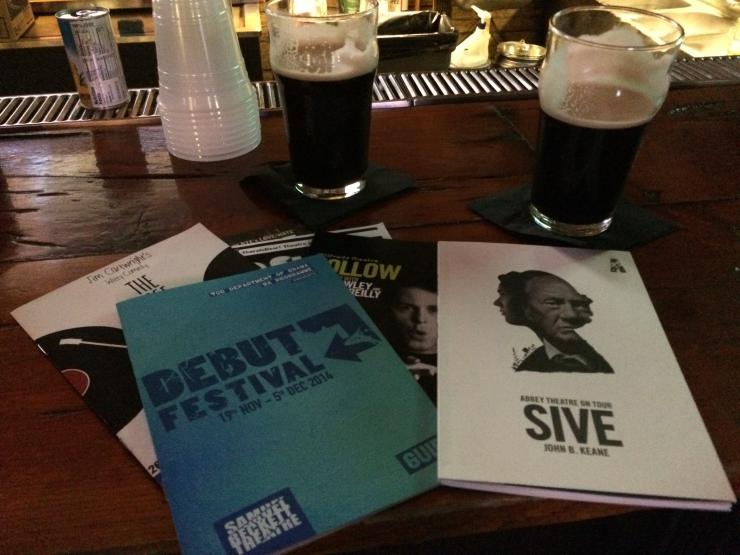 Rhona’s charm was something I experienced in many variations throughout my survey of Ireland. Whether it was Jack, a student at Trinity College inviting me to watch a rehearsal for a student show; Shannon, the technical director at the Druid allowing me to tour the theatre hours before doors opened; or Sophie, the director of WillFredd Theatre’s Follow inviting me to join her and the lighting designer, Sarah Jane, for drinks after their show.

Irish theatre is a collective story produced by a culture of storytellers. The presentations are straightforward and efficient, but also very fulfilled. The rhythm of their theatre is just right—they know when to have a plot turn or when to have a character strike for an objective. Whether they have formal theatre training or not, the community and people like Rhona understand innately what it takes to create a good story. But perhaps it’s this willingness to share and communicate that is woven into the Irish culture that makes their theatre so compelling. Sometimes we need to be reminded that that’s what it’s really about: a willingness to share and communicate.

Audience Behavior in the West and Africa
Misheck
Mzumara
Essay

Audience Behavior in the West and Africa

While performing across the West and in Africa, Misheck Mzumara noticed stark differences in typical audience behavior. He discusses those differences, their cultural contexts, and their impact on theatremakers’ experiences in cross-cultural theatre productions.

Thanks. Enjoyed the read!