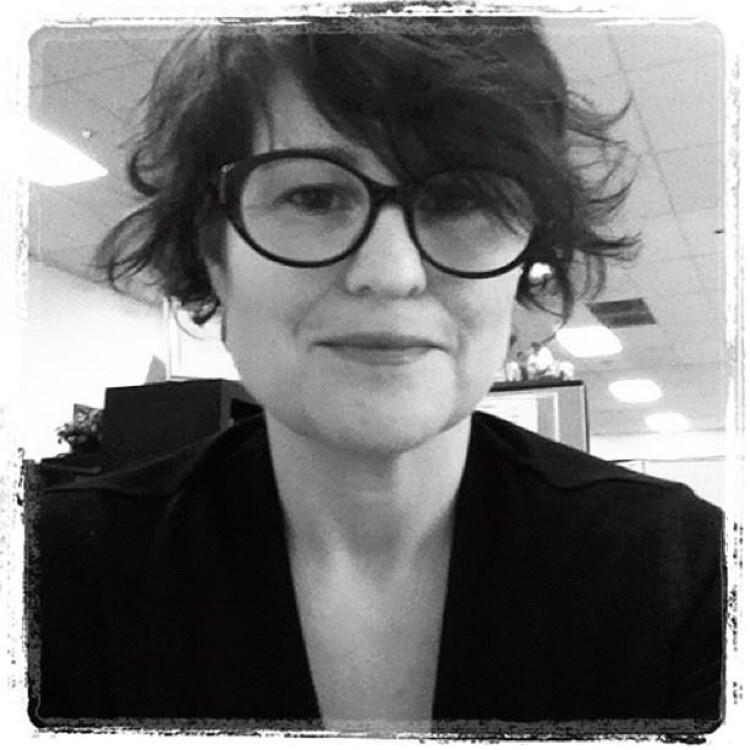 the ART of a revolution

As Artistic and Education Director of Steppenwolf for Young Adults, it’s been my recent pleasure and privilege to program This Is Modern Art, an original play co-written by Kevin Coval and Idris Goodwin. The play portrays a graffiti crew that planned and executed the 2010 graffiti bombing of the newly opened modern art wing of Chicago’s Art Institute. Through the prism of a group of young graffiti artists, we endeavored to explore the forces that shape graffiti culture, the societal pressures (educational opportunity, cultural access, etc.) that lead young people of color to pursue graffiti as a means of expression, and their risky, provocative decision to create a mural on the highly visible wall of the city’s newly expanded museum.[caption] 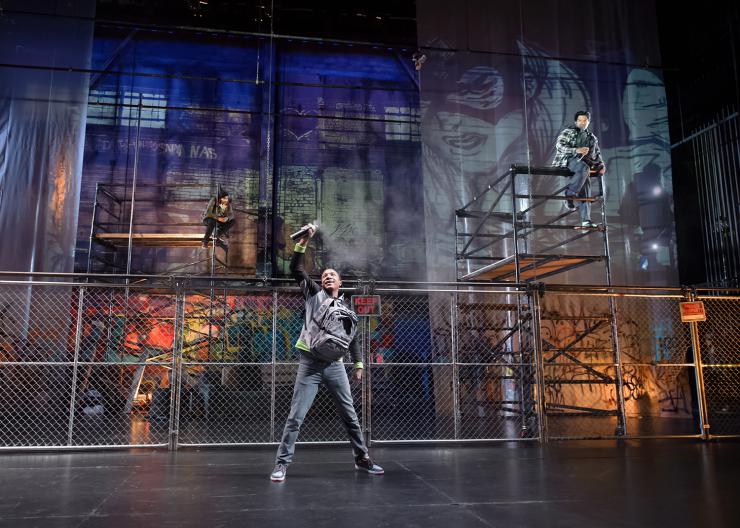 As I oversaw workshops of the script at The Kennedy Center’s New Visions/New Voices program and talked through the issues of the play first with Idris and Kevin, and then with director Lisa Portes and the cast through the rehearsal process, I knew that we could anticipate a spirited discussion of the issues in the play, and those surrounding the real-life event. The show explores the legal, ethical, and socioeconomic landscape in which the “bombing” of the Art Institute took place, with an emphasis on the perspectives of the crew that carried it out. As a producer of work for young adults, I always seek to strike a balance between work (whether it be original commissioned scripts like This is Modern Art, or new/existing adaptations of literary classics) that is provocative and incites impassioned and contentious conversation with what I regard as an educator’s responsibility to provide context and perspective.

Young audiences are smart, discerning, and thoughtful—they consistently exhibit a greater capacity than their adult counterparts to engage with material they find vexing or baffling, troubling or flat-out wrong. It is as teenagers that we forge our convictions—our teen years are a crucible where our personal history seeks to integrate into the wider narrative of the society in which we live. There is maybe no other time of life where our discoveries arrive in such rapid-fire fashion, where we adopt and abandon identities, and cycle through definitions of self and conceptions about the world with such abandon. Being a teen is perhaps the last time when we retain a full ability to change our minds about the world, the last moments before we are calcified into the false certainties of adulthood.[caption] 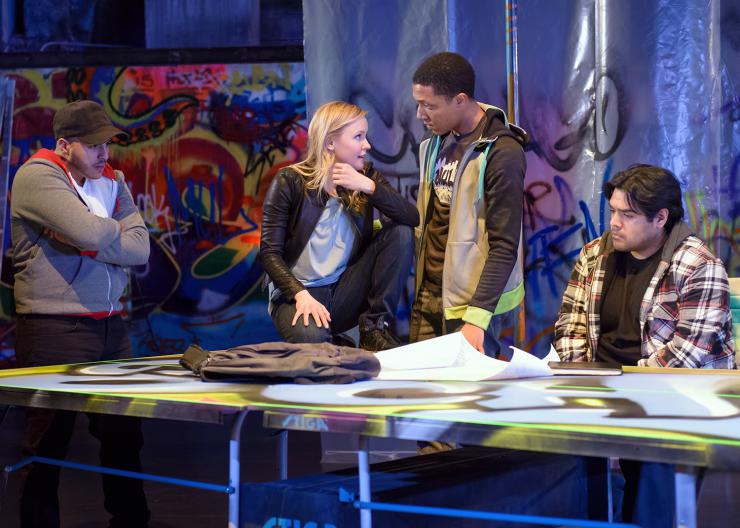 It is an exciting and high-stakes time of life, but it’s also strewn with pitfalls and great potential for trouble. So when my excellent staff and I create our programming, we don’t merely build a show with all that that requires (marketing materials, design decisions, budgeting, etc.), but we also devise and execute an in-depth study guide (providing historical, conceptual, and societal information) of the ideas touched on by the plays we present. Furthermore, we conduct extensive teacher training in our methods and approaches, and we employ a number of outstanding teaching artists who conduct in-class workshops to prepare students for the work we make. A further element of what we regard as critical to the kind of full-immersion education we try to provide is that when teens attend our shows, they do so sitting next to others from very different circumstances—young people from Chicago’s most impoverished neighborhoods sit shoulder-to-shoulder with those from the most well-heeled suburbs of Chicago’s North Shore. This is all by design, and represents the confluence of a lot of deep thinking and hard work.

Over the past week or so, there has been a really interesting rift that has opened up in response to This Is Modern Art—a rift I believe to be somewhat generational in nature, though there are perhaps threads of class and cultural privilege at play, as well. Critics from both of Chicago’s dailies have each taken the show to task for failing, in their view, to dwell sufficiently on the societal cost of graffiti. (Read Chris Jones’ review for the Chicago Tribune here and Hedy Weiss’ for the Chicago Sun-Times here.) We who created the show, though, believe very strongly that we include this consideration—albeit from the view of graffiti culture (prison sentences, stiff fines, felony records, etc.) and not from that of property owners. I’m not here to engage in debate with critics, though—I’m fascinated by the subsequent firestorm of backlash, counterclaims, and recrimination in response to these reviews.[caption] 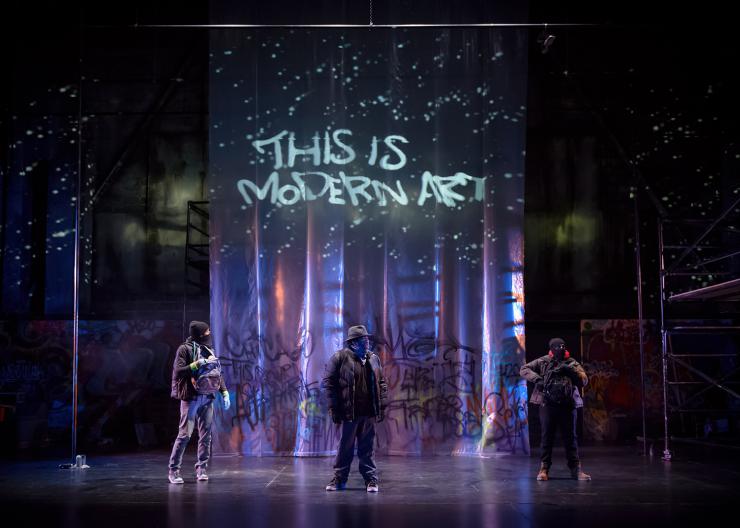 What I find heartening and of greatest interest, here, is that these reviews have sparked a ton of very thoughtful response—in post-show discussions, across social media, in comment threads—on the nature and purposes of art, the intended audience for art, what constitutes a “suitable” venue for it, on questions of access and opportunity, on notions of propriety and boundaries, on aspects of class, race, and education. It is precisely this capacity to debate—even in a heated fashion—that leads me to conclude that the show is achieving its purpose. I believe that This Is Modern Art's   educational aim—real education, education intended to make you question what you’re seeing and the wider world—is spilling out from our intended teen audience to include many more voices and perspectives from across the region. In fact, it’s worth emphasizing: the sold-out public performances for this show are attracting exactly the kind of economically, racially, and geographically diverse crowds that the field is desperate to attract.

I believe that This  Is Modern Art's   educational aim—real education, education intended to make you question what you’re seeing and the wider world—is spilling out from our intended teen audience to include many more voices and perspectives from across the region.

The passions on all sides of the issues posed by this show—passions that very plainly run high—might well have remained subterranean and unexpressed had not the show been written and produced. This is Modern Art—wherever you might fall in terms of your personal beliefs—stands as a testament to the enduring capacity of a thoughtfully made work of art to lay bare divisions, to encourage the articulation of positions, to foment the kind of conversation about beliefs deeply held that seems increasingly out of reach in other realms. Even where the gulf between sides seems wide, a work of art that is created with authenticity and intelligence contains within it the capacity to get people talking at a depth beyond that of entrenched partisan bickering. By engaging a topic fully— with all our minds and hearts, in the way that only art can prompt us to—we can disagree in a lively and fervent way, in a way that compels us not only to examine the intricacies of an issue, but to examine our own beliefs and motivations as we do so. Over the course of the last week, I have felt more certain than ever that This is Modern Art exemplifies our jobs as artists—it’s frankly a quite thrilling sensation.

Thanks for the thoughtful essay!

Thanks for the thoughtful essay! I myself have quite a visceral reaction of support when I see and read about the Art Institute "bombing" -- although I wonder if I'd feel the same if I still lived in Chicago. At any rate, I fully agree with your point that raising the "big questions" is among our most important jobs as artists. I would love to know -- would it be possible to read the play? I have a colleague who may be interested in directing it. . .

Terrific essay, Hallie, about the play and the unexpected benefits of the firestorm, and the conversation. Lovely. One of the parts of this whole imbroglio that I responded to most deeply was a quote from the late, great good spirt, author Walter Dean Myers, whose 110 books for young adults were an attempt to create a literature for and about people 'whose stories are not on the shelves' at libraries and bookstores. The young people in the play - they and so many like them - do not have their stories told in books, on stages, in films or TV. So bravo to you, bravo for the conversation in the broadest sense. We always have to remember that change precedes insight, and perhaps we are on the verge of some changes

Hallie Gordon is a national treasure, and the work she creates and programs at Steppenwolf is having a transformative effect on the field!