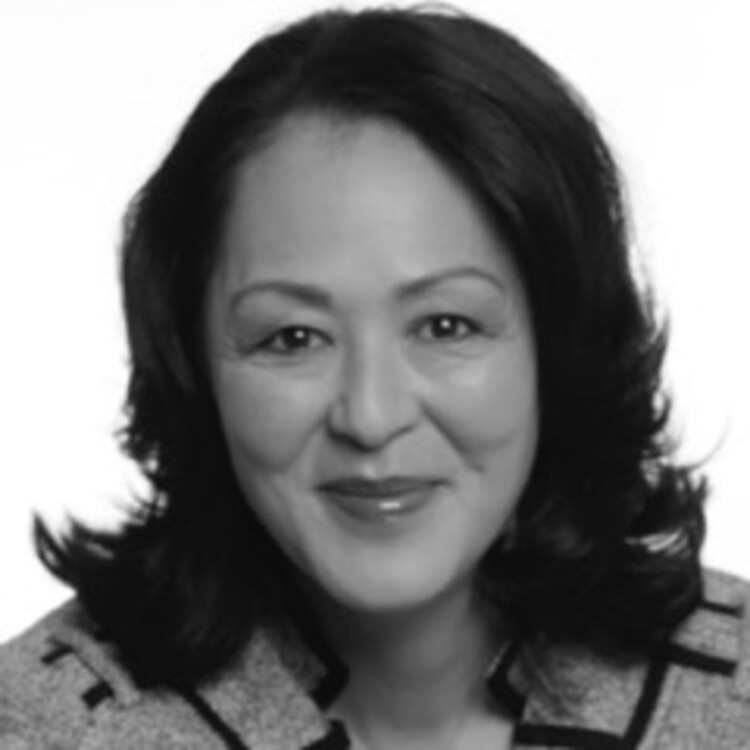 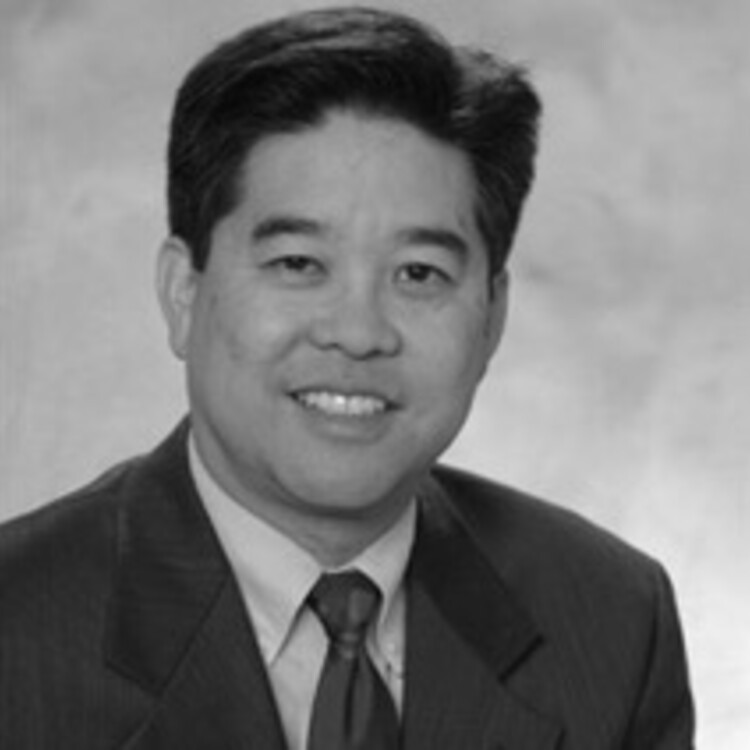 Seeing Change at the Forefront of a Movement

My relationship with East West Players spans over twenty-three years; I’ve been an actor, director, conservatory faculty member, and volunteer. This cultural institution was founded fifty years ago by Mako Iwamatsu, Rae Creevey, Beulah Quo, Soon-Tek Oh, James Hong, Pat Li, June Kim, Guy Lee, and Yet Lock. EWP still fills a vital need in American society and the Asian Pacific Islander (API) communities. Because of EWP’s existence, I felt I could—and still do belong—in the theatre. I have seen EWP spearhead or support major movements in the theatre, film, and television industries to speak out against the misrepresentation of APIs and other marginalized groups to increase our inclusion.

I’m now the Diversity Liaison for East West Players, and I’ve been supporting the newest efforts of Tim Dang, Producing Artistic Director, and the launch of their See Change Campaign that includes Tim’s 51% Preparedness Plan for the American Theatre.

The Plan challenges our field of theatre to keep pace with America’s rapid demographic changes by proposing goals of artists and production personnel to be 51 percent people of color, 51 percent women, and 51 percent hires under thirty-five to ready us for future leadership and depth of experience when our nation will be majority minority by 2042.

In light of the plan’s call for dramatic changes in hiring and programming in the next five years, some have raised concerns about whether the plan represents unlawful quotas. To the contrary; Dan Mayeda, legal counsel for EWP, consulted with civil rights and labor lawyers, who reported that voluntarily adopted affirmative action plans, such as this one, where the government does not impose penalties for non-compliance, are not quotas. A theatre’s failure to meet these or similar benchmarks might result in reduced audiences and funding. But, many theatres are located in areas with very substantial minority communities and fail to reflect those communities. So Tim’s suggested benchmarks and timetable, albeit aggressive, would potentially bring theatres in these regions up to where their organizations and season selections would more accurately reflect the populations they currently serve.

The 51% Preparedness Plan posits that inclusion into the mainstream regional theatre system is not only about changing demographics, but about giving individuals from marginalized groups the opportunity to enjoy a sustainable career in the arts. It will require the willingness of the entire field to make changes to build for true sustainability and an overall thriving theatre industry.

The question is, why are theatres in areas with very substantial minority communities failing to reflect and serve these communities? As a woman of Asian Pacific Islander descent and an artist from marginalized groups, I am sure I am not alone in asking this question. Beyond personal challenge, I am asking in order to understand how systemic change can actually be created so it is possible for those from marginalized groups to thrive in careers in theatre.

On January 30, 2015, I was unable to get to Detroit for Tim’s first public presentation of the 51% Preparedness Plan, so I livestreamed it. I watched as Tim opened the conference with the 51% Preparedness Plan and a timeline illuminating the urgent need for the American theatre to face the realities of demographic changes. Teresa Eyring, Executive Director of Theatre Communications Group (TCG), and Gary Anderson, Producing Artistic Director of Plowshares Theatre Company, followed in a panel discussion regarding the Plan, equity, diversity, and inclusion in the American theatre.

On the panel, Gary stated:

The fact that the American theatre has been slow to attack this issue is not based on not being aware of the circumstances. It’s being unwilling to do it. Fredrick Douglas said that power concedes nothing without a demand and if you look at the progressive movements in this country, whether it’s the labor unions, whether it’s civil rights, whether it’s women’s rights, nothing had actually happened without us putting some form of mandate on it.

I leaned into my computer, wanting to know how he would follow up this quote. Gary was speaking truth and daring to talk about unwillingness. Even through the livestream, I could feel the room’s energy shift.

Gary applauded Tim’s visionary challenge and courage to put forth this detailed mandate to the theatre field, and spoke of the need for pressure to generate real systemic change. He went on to observe that expecting the theatre field to make change without some kind of endorsement or pressure is unrealistic.

Gary’s response caused me to think about our American theatre legacy—the Little Theatre Movement of the 1920s, the Depression era Federal Theatre Project, and the eventual Regional Theatre Movement. These movements challenged the structures of their day to change at a time when people needed work and there was a vision to include a greater range of theatre outside of the Broadway model. You would think today’s economic recession would echo the pressure felt in the 1930s to put people to work, but we appear to need more and different pressure. The Federal Theatre Project, while important, failed to adequately fund African American theatres anywhere near the number of people of color in the United States making theatre. Similarly, today there is a grave need for more investment to put people to work creating a greater range of theatre, with a diversity of theatremakers that reflect our populations. Although the American theatre faces dramatic demographic changes and an aging donor base that lacks diversity, we can still observe what Gary calls “unwillingness.”

The 51% Preparedness Plan posits that inclusion into the mainstream regional theatre system is not only about changing demographics, but about giving individuals from marginalized groups the opportunity to enjoy a sustainable career in the arts. It will require the willingness of the entire field to make changes to build for true sustainability and an overall thriving theatre industry.

Theatre is all about advancing the conversation with robust dialogue and different points of view. All theatres can and should wrestle with coming up with a plan to measurably move the needle toward greater equity, diversity, and inclusion in all that they do. Strict quotas are unlawful and none are called for. But to have no aggressive and accountable plan in place is to plan for failure and obsolescence.

The Plan also notes America’s labor pools, audiences, and donors are all rapidly changing, so Tim encourages theatres that feel they may not succeed with this particular call to action, to create their own diversity policy and to share it with other theatres.

As I support efforts to see change, I have the interesting vantage point of contacting and sharing the 51% Preparedness Plan with theatres across our nation. I am at the forefront of a movement and getting to see our industry face what I believe is not just modification, but the need for profound change—systemic change. While remembering our roots, we must reinvigorate the American theatre with sufficient pressure for inclusion, which truly opens up the discussion for greater equity, diversity and sustainability for all.

Thank you Leslie! Inclusivity must be our number one priority. We can not be successful unless we represent our demographics. I join you in the cause, adelante!

So glad you were able to read this article, Micha! This means a great deal as I know that you are coming from the "voice" world among many other areas of your work. Providing space to give voice is almost always the first and most profound place to start. Thank you for joining the cause, my Latina Sista, adelante!!!

Every since I attended the UN World Conference On Women in Beijing, China in 1995, I had the deep, deep realization that a large part of what I wanted to support is Alliance Building in everything I do. The 51% Preparedness Plan for the American Theatre and the demographic changes we are experiencing as we become majority minority would have us learn to be the best allies we can be to all communities, especially marginalized groups, which can mean taking leadership where we have privilege on behalf of those who don't have privilege. There is hope in being bridge builders!

Leslie, this is a wonderful piece! Really great to see you here in Howlround, doing this important work - and I remember you talking about your commitment to this as we walked up the OSF hils with Joel and Lucy and Alex, eating our bacon strips and sipping coffee.

Thank you so much for your reply, Philippa! Yes, if we all examine where we practice our "unwillingness," and can take action steps towards willingness, we'll see equity, diversity, inclusion and exciting collaboration begin to drive our process for the betterment of all!

Thanks so much. I am absolutely incorporating this strategic approach and language within our Playwrights' Initiative partnership for residencies for playwrights of color (with New Black Fest, Playwrights Foundation and Latina/o Theatre Commons). Giving artists the time to dream and create is an important part of the continuum of increasing the diversity of voices on stage.

Thank you so much, Margot! If your are inclined, please contact me at East West Players and we'll include you and your organization as endorsers of the 51% Plan! lishii@eastwestplayers.org
Blessings and so glad you were able to read this article!

Leslie and Daniel: Great, GREAT essay!! Read it early this morning. My coffee has never tasted this good. The 51% preparedness plan is inspiring and will help us frame the argument for greater diversity in all areas of the field.

Thank you so much for your response and I love a good cup of JOE with like-minded colleagues too! I'm working to create a world where your coffee tastes better and better everyday--that's my goal! Please email me at Lishii@eastwestplayers.org to be listed as an endorser on EWP's See Change website! There are many organizations that are joining the challenge and starting their process utilizing these benchmarks/goals as a starting point!
Blessing and please be in touch!