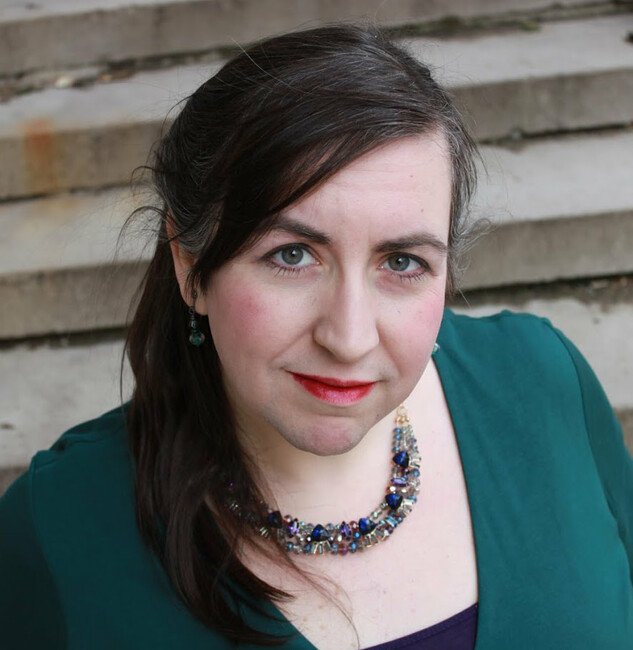 Emily C. A. Snyder is a published and internationally produced playwright and novelist, whose work has been performed from Christchurch, New Zealand to Dublin, Ireland. A NYC-based verse coach and director, she is the premiere international scholar on writing and performing new verse drama. She is the Co-Founder and Artistic Director of TURN TO FLESH PRODUCTIONS (TTF), a New York City based theatre company specializing in developing new plays with modern themes written in classical styles, with an interest in creating vibrant new roles for womxn and those underrepresented in classical art. So essentially, TTF develops "new Shakespeare plays" for everybody Shakespeare didn't write for!

An avid Shakespearean, she has performed the roles of Juliet in her Juliet and Her Romeo, and Alice Ford in her Merry Widows of Windsor, as well as the traditional roles of Brutus in Julius Caesar, Prospero in The Tempest, and Feste in Twelfth Night, among many others. Lately, Emily has lent her voice to Olivia in Twelfth Night and Cordelia in King Lear for the Chop Bard podcast.

Her new verse plays, Cupid and Psyche and The Other, Other Woman performed to sold-out audiences in New York City. Both plays were also singled out by the Princess Grace Foundation. Her Shakespearean homage, A Comedy of Heirors was named one of the Top 15 NYC Shows of 2017 by A Work Unfinishing, and was a finalist along with Cupid And Psyche with the American Shakespeare Center's (ASC) "Shakespeare's New Contemporaries." Her feminist sequel to Shakespeare's Merry Wives, her Merry Widows of Windsor was selected for development and a fully staged reading with The Sheen Center for Thought and Culture. Her verse plays have also received commendation from the Eugene O'Neill and Thornton Wilder Foundation.

Emily is also the creator and host of the podcast, Hamlet to Hamilton: Exploring Verse Drama, which breaks down the ways to write and perform old and new verse, includes excerpts and interviews with living verse dramatists, as well as comparing and contrasting verse plays, such as those based on the Arthurian myth, which span over 400 years.

For the past twenty years, Emily has directed the major works of Shakespeare's canon, and performed in the remainder. Favorite New York directing credits include Richard II with Hamlet Isn't Dead, King Lear with What Dreams May Co., as well as the Shakespeare adjacent material, such as Rosencrantz and Guildenstern are Dead, and May Violets Spring: A New Story for a New Ophelia. She is also the author of the Twelve Kingdoms high fantasy series, and Jane Austen parodies, including Nachtsturm Castle.

Emily holds her Masters in Theatre Education from Emerson College, and a double-major with her BA in English: Literature and Drama from Franciscan University of Steubenville. She studied John Barton's Shakespearean technique with members of the Royal Shakespeare Company in London and Stratford-upon-Avon, where her Rosalind (As You Like It) was compared to a young Maggie Smith.

Despite her biography, she is not overly fond of cats. 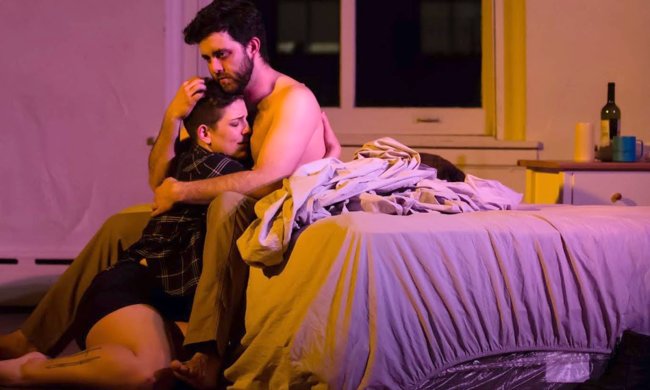 Intimacy Direction in the Time of Physical Distance
Essay

Intimacy Direction in the Time of Physical Distance

As artists and companies re-examine the failures of their infrastructures and unconscious biases, Emily C. A. Snyder argues that the lessons learned and challenges faced so far within the field of intimacy direction may be of particular value. 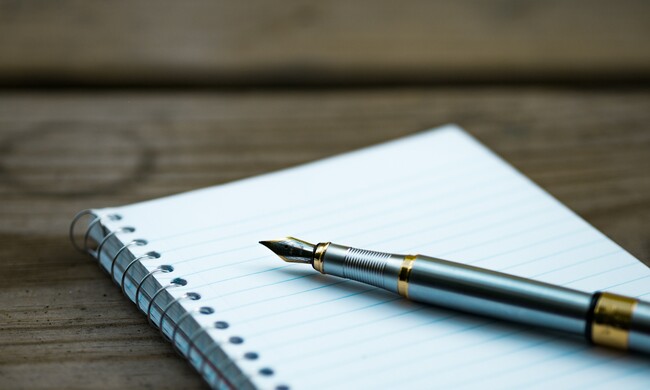 When the Pen is Mightier Than the Casting Couch
Essay

When the Pen is Mightier Than the Casting Couch

Emily Snyder encourages playwrights to write juicy, complex characters for people who have not historically been cast in leading roles. 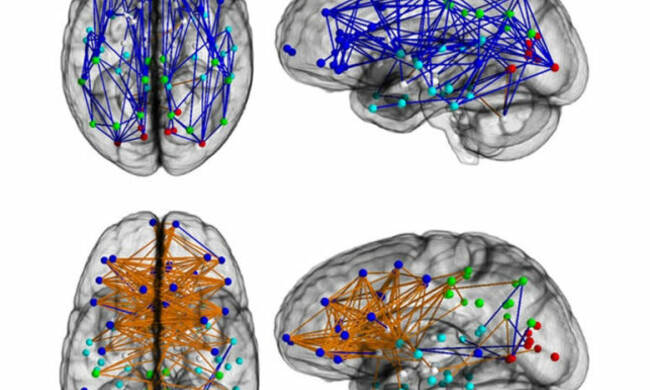 Emily C. A. Snyder considers the differences in how women and men actors approach Shakespeare.