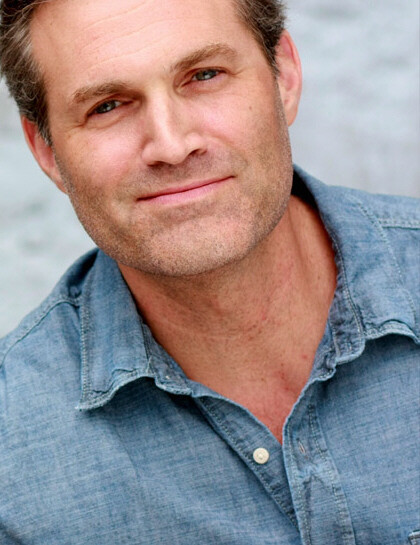 Marc Kudisch, most recently seen in Second Stage's The Blue Flower and Lincoln Center's A Minister's Wife, garnered critical acclaim as well as his third Tony and fourth Drama Desk Award nominations in his most recent Broadway stint creating the role of Franklin Hart in the Dolly Parton Broadway musical 9 to 5, and won a Helen Hayes Award for his performance in the Witches of Eastwick at the Signature Theater. He was previously seen as the Snake, Balladeer, and Narrator in the Roundabout Theatre's revival of The Apple Tree, while doing double duty and performing as the Pirate King in New York City Opera's revival of The Pirates of Penzance. Marc had previously been nominated for the Tony Award first for the role of Trevor Graydon in Thoroughly Modern Millie(Drama Desk and Outer Critics nominations as well), and then for Baron Bomburst in Chitty Chitty Bang Bang (Outer Critics nomination as well). His other Broadway roles include The Proprietor in Assassins (Drama Desk nomination), Jeff Moss in Bells Are Ringing, Jackie in the Public Theatre's production of The Wild Party, Chauvelin in the 3rd incarnation of The Scarlet Pimpernel, George Kittredge in High Society, Gaston in Beauty and the Beast, and Reuben in Joseph and the Amazing Technicolor Dreamcoat. Off-Broadway roles include Slick Follicle in Girl Crazy at Encores!, Flaminio Scala in Lynn Ahrens and Steve Flahrety's new musical The Glorious Ones at Lincoln Center; Morito, Husband, CPA in See What I Wanna See at the Public Theatre (Drama Desk Nomination); Tom in The Thing About Men at the Promenade Theatre, Mike in No Strings at Encores!, as well as their Fall Bash of 2004; and Mario in Tamara: The Living Movie at the Park Avenue Armory. Nationally, Marc was seen as Conrad Birdie in Bye Bye Birdie, co-starring Tommy Tune and Ann Reinking. Recent regional appearances include Ricky Ian Gordon's Sycamore Trees at the Signature Theatre, Terrence McNally's The Golden Age at the Kennedy Center, Darryl Van Horne in the American premiere of The Witches of Eastwick at The Signature Theatre Company (D.C.); John Buchanan in Summer and Smoke co-starring Amanda Plummer at The Hartford Stage Company; Zorba in Zorba! at Reprise! in Los Angeles (Garland Award, Ovation and Los Angeles Outer Critics nominations); Vincent Van Gogh in Michael John LaChusia's The Highest Yellow at The Signature Theatre in D.C. (Helen Hayes award nomination). Opera engagements include Carl Magnus-Malcom in A Little Night Music at New York City Opera and Los Angeles Opera. Marc's concert appearances include Portland Symphony, Ravinia Festival, and the Philadelphia Philharmonic, as well as at the popular Broadway By the Year concert series at Town Hall in New York City, where Marc has been a constant performer and director for over 5 years. Marc's television and film credits include Val in Break-In for the Lifetime network, Conrad Birdie in Bye Bye Birdie for ABC Television, guest appearances on Sex in the City and David Letterman, and recurring roles on All My Children and Loving. Marc' s recordings include the OCRs of High Society, The Wild Party, Bells Are Ringing, Thoroughly Modern Millie, Assassins, See What I Wanna See, Joseph and the Amazing Technicolor Dreamcoat, and the film of Bye Bye Birdie, as well as live concert recordings from Broadway By the Year 1926, 1960, 1946, and Broadway Unplugged 1, 2 and 3.

Listen to weekly podcasts hosted by David Dower as he interviews theater artists from around the country to highlight #newplay bright spots. This week: Marc Kudisch.