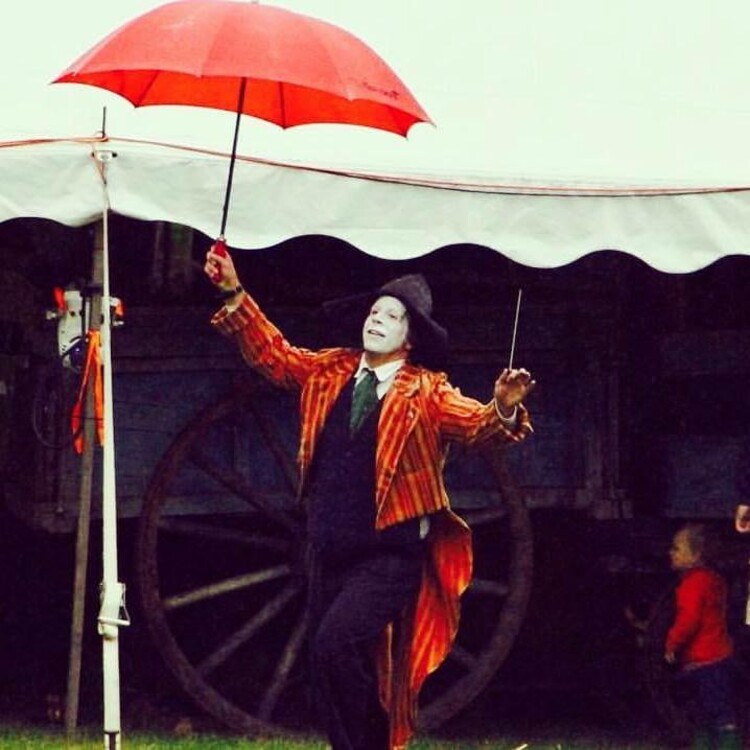 This series is part of the Network of Ensemble Theaters' inaugural Intersection Symposium being held from October 31-November 2, 2014 at The New School and La MaMa in New York City. This first installment of the symposium, Intersection: Ensembles + Universities, launches a multi-year investigation into the connectivity between professional ensembles and colleges/universities. View the livestreaming schedule and video archive here.

When it comes to the work Double Edge conducts in universities, each instance is based on otherness and mutuality. The particulars of our partnerships are concrete and perhaps “known” but each project intimately reveals a unique opportunity for growth. In recent years, the success of our most fruitful and exciting residencies has been in finding the sweet spot of understanding and need.

For those unfamiliar, training is the cornerstone of Double Edge's collaborative process, focusing on the discovery of the body and voice as an integral and responsive expressive vessel. Developed by Stacy Klein with the Double Edge ensemble, the unique, holistic methodology employs the actor's full potential—physical, vocal, emotional, and imaginative—to drive individual exploration, ensemble collaboration, and performance creation. The training is not about technique or form, but exploding form and bringing technique to the service of metaphor, image, archetype, and story. The heart of the matter is the creative process, the dialogue within ensemble artists and collaborators, and the land, space, community in which it is situated.

At Columbia College Chicago, the largest undergraduate acting program in the country, there has been a growing passion for ensemble-driven process and original work that comes from training—to return to pure artistic process versus the standard assembly line of productions, casting monologues, etc. Our relationship began when the Chair of the Acting Department, veteran actor/ director Jeffery Ginsburg, followed a curiosity about Double Edge and came to train with us for five days at our rural Farm Center in western Massachusetts. For Double Edge, The Farm is the epitome of the conditions for artistic research for the individual and the group. By coming to our center and experiencing our research firsthand while offering his own inquiry in the context of a training program, we were able to begin a true dialogue. After several years of visits and workshops, we embarked on a large, multi-week performance residency.

Double Edge was in the process of developing a new original performance, The Grand Parade, that would have its premiere at Arena Stage. What we really needed—and received—was a place to develop an unfinished work in a professional touring locale (The Dance Center) with Chicago audiences, and to prototype a student chorus that would be trained to perform in the work. Columbia’s infrastructural resources included production, administration, and a community outreach staff that provided us with the conditions to prepare for the premiere at Arena Stage and for future tours to major regional theaters and performing arts centers.

Simultaneously Columbia College had the Double Edge ensemble embedded in its department for nearly a month. Acting students had daily access to training. Columbia College acting chorus was able to join the ensemble on a tour to Arena. Directors, playwrights, and actors could observe rehearsal and process regularly. Music classes worked with our Russian composer. The ensemble led work across disciplines, lecturing in music classes, collaborating with designers, and also bringing emerging and professional artists from Chicago to train.

An ensemble must evolve through ongoing training, dialogue and integration, which in turn becomes a culture of curiosity, sensitivity, humility, and generosity, as well as creativity and resilience in the face of limitations and difficulties—all based on an ethic of hard work, interdependence, and exchange. The Farm provides our ideal of the conditions for this work, and we bring these conditions, values, and thus this notion of a culture to our university partners. That culture affects change where it goes. It shakes things up and blurs conventions and boundaries and (re)invites vitality and the spirit.

At Trinity College in Hartford, CT, Double Edge took part in a performance residency with a finished version of The Grand Parade. While on campus, we were able to work with Mitch Polin, the Director of the Theater and Dance department to speak to a burning question about this spirit of integration, collaboration, and dialogue not only between isolated segments of the college community and its academic departments, but also the engagement with the local community. There was a deep desire to tap the ethos of an artistic laboratory ensemble in their performing arts center, an often-siloed arena in the college with individually siloed departments to boot.

Together, we developed public panel conversations tying together studio arts, history, theater, art history, and lectures about community engagement in a place where the relationship between the college and its surrounding neighborhood is disparate. And again, actors, designers, directors, and dramaturges were involved in regular training and master classes, a chorus of students could perform, and a positive disruption was able to take place.

In terms of our needs, touring to multiple venues is required to prototype the most efficient and impactful touring model. Residency on the Trinity campus, incubated at the Austin Arts Center, gave us that opportunity in singular fashion. We were able to work with an impeccable production manager and producer, James Latzell, who integrated our production research into research for students and staff who took part in blueprinting the rigging, lights, and stage design. And with the help of faculty and staff, we were able to curate intergenerational and diverse audiences in addition to the student body. We flooded the campus with high school students from nearby public schools who attended free performances—many of whom walked en masse when the schools could not afford the buses. For Trinity, this sort of community engagement and presence, symbolized by the iron gates surrounding its campus, has historically been an anomaly but we were able to connect needs and assets in a way that was ultimately quite meaningful for all involved.

Looking ahead, our vision for university partnership and community collaboration is expanding. In September, Double Edge partnered with Amherst College, where we presented outdoors pieces of three spectacles—Don Quixote, Odyssey, Shahrazad—in a movement across the entirety of the Amherst quad. It was unique in many ways. The process of working out the performance for four days outside—literally jumping out of trees and building Cyclops while dozens of students and faculty watched or walked through—was a new experience of openness. The performance itself tested the limits of our intimate work as it came to play in front of over five hundred people, and was exhilarating. We found that our years of dialogue with our own community of Ashfield can be translated readily to other places, and we are excited to do so in the coming years, in rural and urban settings, at home and overseas, where the partnerships between our ensemble and universities can not only serve the needs of each, but also those of the community.

Per usual, inspiring thoughts from Matthew. I love the notion of a positive disruption.

A series on the intersection between universities and ensemble theatre companies.

Per usual, inspiring thoughts from Matthew. I love the notion of a positive disruption.