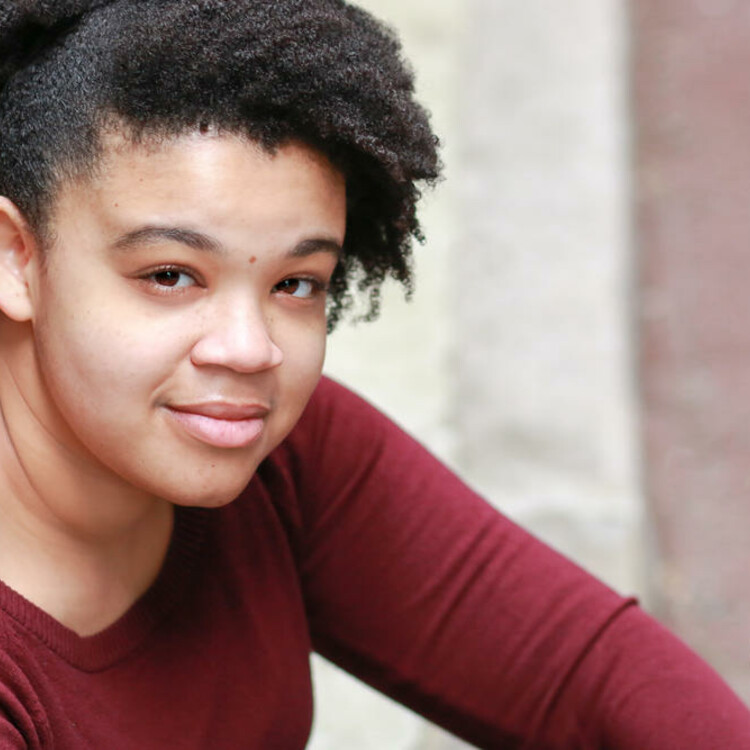 Cultivating the Next Generation of Critics

The theatre world is going through a wave of change that is long overdue. Playwrights of color are challenging audiences and companies are finally recognizing the value of people of color in leadership roles. However, there is one place that still needs changing: criticism. Where are the critics of color?

There was a recent New York Times op ed titled "The Dominance of the White Male Critic," which called out the problem of white men controlling the criticism world in visual art. It begged the question: How are white reviewers able to understand and contextualize the experience of artists of color? This type of question has been living with me for years. All of the work we do as theatre artists lasts only as long as people are going to the shows—once the show is gone, that’s it. Reviews can sometimes be the only documentation of these experiences, so what happens when the majority of people reviewing do not represent the community or the stories being told? How does the point of view and perspective of those reviewers influence the success of a production or theatre company? 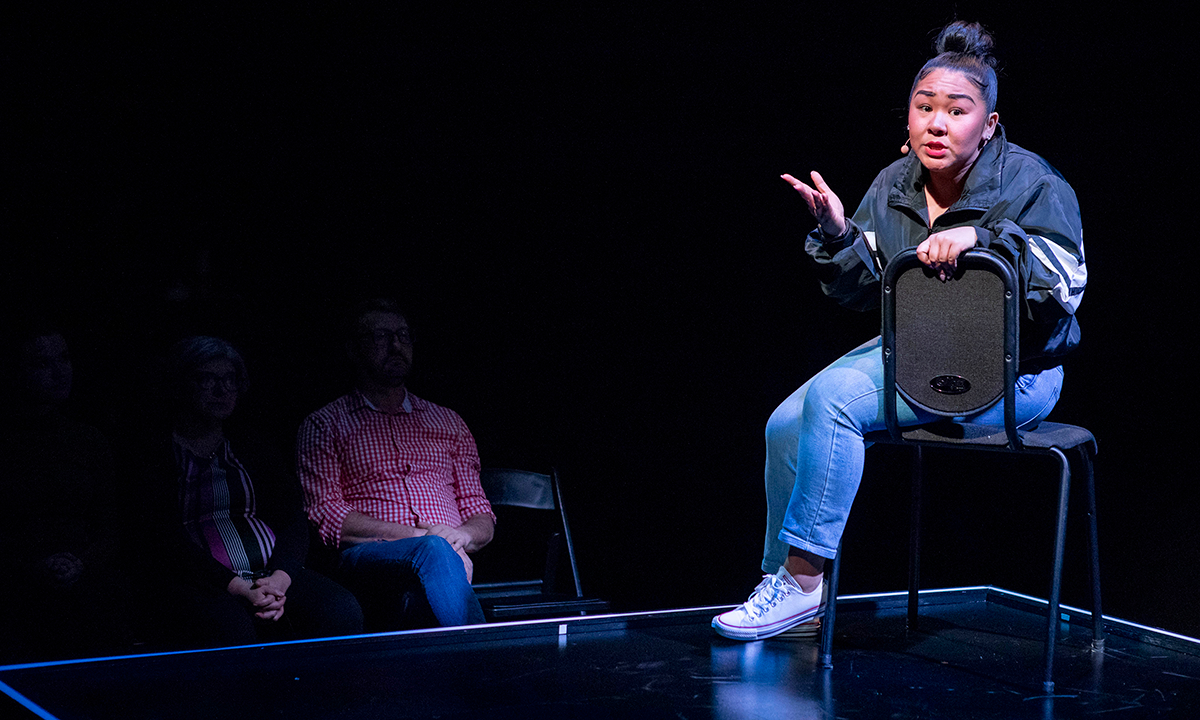 I noticed the problem in Boston, Massachusetts, where I live, a couple years ago. I was looking at the reviews of recent shows and noticed the majority of them were written by white men. That made me wonder if there were any critics of color in the city. I started searching and asking colleagues of mine about the well-known reviewers in the area, and I found out that most were older white men. I wasn’t surprised by this, but as I dug deeper into the issue across the American theatre, the same thing kept coming up: older white men reviewing theatre about people of color. I started to think, How does one even become a critic? What kind of access does the next generation of theatre critics have? Who is doing the work to foster these new voices, giving them the tools and resources they need to be successful?

There seems to be two main roadblocks keeping people of color out of the world of arts criticism. First, the majority of educational theatre programs are focused on performance and production, rather than training young people to become critics. Second, there is a lack of employment for critics. Some publications in Boston hire freelance writers to review shows or have one person, normally a white man, cover a multitude of art forms. With so few other opportunities, most writers at these publications stay in their positions for years, making it almost impossible for any young writer to break into the world.

Where are the critics of color?

Two years ago I became the education director of the Front Porch Arts Collective, a new black-led theatre company committed to advancing racial equity in Boston. I wanted to create an education program specific to our city, and the lack of representation of people of color in arts criticism felt like the problem to tackle. In my previous work as a teaching artist, I saw firsthand the value of exposing young people to artists who looked like them. It gave them an opportunity to see themselves in a way they had never imagined. As an artist of color myself, I have wondered how responses to shows would change if the reviewers had an inherent cultural lens like mine.

I started thinking about ways Front Porch Arts could create an opportunity for young aspiring critics of color. After doing some research on other criticism training programs outside of Boston, I noticed, overwhelmingly, that most of them continued to perpetuate the same problem: most students in these programs were not of color and the faculty/staff was predominantly white. I wanted to fix this, so, in partnership with WBUR the ARTery, Front Porch Arts launched the Young Critics Program in spring 2019.

The purpose of the program was to provide young people of color opportunities to see more theatre, understand the importance of criticism, and learn to write a review of a show. On top of this, we wanted publications and organizations to see value in employing young writers and writers of color. At first, we had a slow response rate to the opportunity we were offering, and I thought maybe it wasn’t as interesting to young artists as acting was. Luckily, our partners at the ARTery were able to amplify the opportunity via social media. Senior editor Maria Garcia posted a tweet that said: “Boston, we have a big problem. There is a major dearth of theater critics of color. In an age when there are more and more plays about race and oppression, it's more important than ever to have diverse voices who can capture the nuance on stage.” Within a few hours the applications we received doubled.

It was tremendous and scary all at once. After interviews and narrowing down the candidate pool, we invited six young critics to join our pilot program, which included a three-day workshop facilitated by Alisa Solomon from Columbia University and tickets to see Romeo and Juliet at the Huntington Theatre and Dragon Cycle at American Repertory Theater’s OBERON space. Each day of the workshop had a different focus: one was developing the writers’ critical voice and perspective, another was about creating critical responses, and the last was on editing. Importantly, the young critics were paid for their time. When the program ended, we sent the young critics an evaluation survey, which has allowed us to learn what worked, what didn’t, and how we can improve the program moving forward.

I want publications to actively work on diversifying their writers, not just say “we can’t find any” or “we are working towards it.”

We are currently in the process of planning the next cohort of the Young Critics Program. Our goal this year is to have twelve writers and to work with more publications and arts organizations. The hope is that, by getting young people to work with different kinds of publications—blogs, magazines, columns, and print—they will be able to really understand the scope of the career and the tools and skills they need to be critics.

Though we are tackling the lack of critics of color in Boston, change needs to happen in this area on a national scale. I want publications to actively work on diversifying their writers, not just say “we can’t find any” or “we are working towards it.” Publications can partner with arts organizations, like WBUR did with Front Porch Arts for the Young Critics Program, to find and train those future writers—welcoming them, giving them the tools they need to succeed, and valuing their perspective. 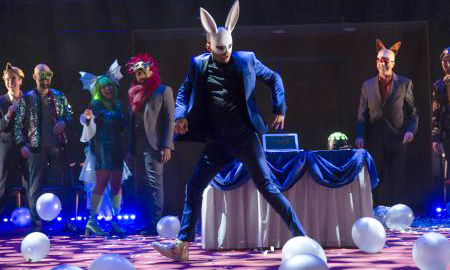 By creating space for more critics of color, audiences are able to understand the nuances and impact stories by artists of color have on the communities being represented. Take, for example, Aisha Harris’s recent New York Times opinion piece “What It’s Like to See ‘Slave Play’ as a Black Person.” In it, she describes seeing the Broadway production twice: once with a predominantly black audience and once with a predominantly white audience. Harris then goes on to say how seeing a play with a predominantly black audience—an all-too-rare occurrence on Broadway—led her to feel a fellowship and freedom with the other spectators in the room.

Readers of her piece learn how audiences of color, especially women of color, react to plays about them; Harris mentions how the show resurfaced emotions for her based on her own past experiences with white romantic partners. This adds depth to the review, and, without it, the cycle of whitewashing history and experiences of people of color would continue. Finally, this piece of criticism, written by a critic of color, also welcomes other people of color to the theatre and allows them to feel like they are part of the community.

As many people of color as possible should be able to see themselves on and off stage, in all areas of theatre. This includes criticism. We are a part of this community and we deserve to have our perspectives be part of the conversation around our history and culture.

Pascale, thanks for writing this. I loved learning more about this work.

Pascale, thanks for writing this. I loved learning more about this work. Agree with you on how vital it is. I imagine you know of / have worked with Arielle Gray?