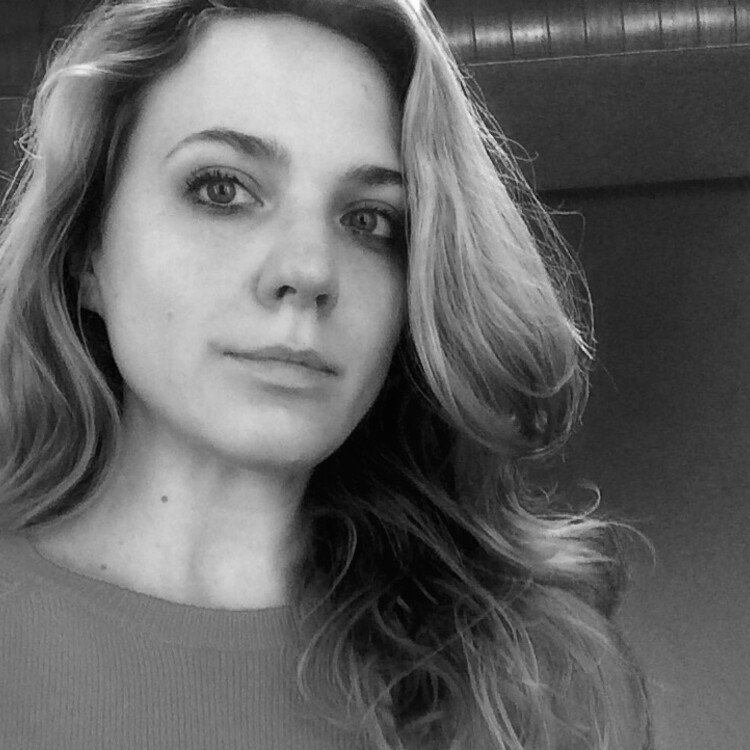 Given our political climate, is de-politicized theatre about the Middle East and North Africa possible? Director Kareem Fahmy and playwright Sevan K. Greene meet this challenge with a conviction: who you are trumps where you’re from. Produced by Rising Circle Theater Collective, their impressive world premiere of This Time puts genes before geography, inviting an audience to empathize with a woman who chooses empowerment over duty.

The storied life of Fahmy’s Egyptian grandmother, Amal Meguid, as told through her memoir, Not So Long Ago, sparked this years-long collaboration with Greene. The excavation of a family history turned into a creative labor of love, resulting in This Time’s run at New York City’s Sheen Center.

Greene’s trilingual script does not attempt to instruct a Western audience from a place of otherness; nor does it curtsy to Orientalist expectations of a Muslim woman.

Socialite Amal (Rendah Heywood) meets Nick (Seth Moore), a debonair Canadian, in 1960s Cairo under Nasser’s epoch of modernization. Smart and serious, Amal’s candor seduces Nick. Their flirting blooms in Arabic, French, and English—sometimes in the same breath. Nick sweeps Amal off her feet and into a heady romance—a welcome distraction from her loveless marriage. Amal eventually divorces her Egyptian husband and leaves her children to join Nick back in North America. Her brazen exit seems unthinkable to her friends and family, especially as a woman.

Despite her champagne tastes, Amal can’t stomach the real thing. At the start of their affair, Nick pressures her into drinking a bottle as a symbol of his excessive devotion. After she turns sick, Nick pledges never to serve her champagne again; years later, he repeats the offense. Greene’s smart, taught script churns these minor moments between Nick and Amal into emblems of their relationship.

Some passages of Not So Long Ago read like a romance novel, but Fahmy’s swift staging wastes no time dredging up the couple’s conflicts. Like any marriage, their cross-cultural union requires constant negotiation and sacrifice. Nick converts to Islam to become eligible for their marriage, but as his academic career demands constant moving, from cities as diverse as Ithaca and Caracas—the burden of cultural adjustment falls heaviest on Amal.

“I feel like every theatre artist—maybe every artist—who’s an immigrant, who’s non-white in America, has at some point been encouraged to tell an immigrant story,” Fahmy told me over coffee. “And I support that . . . I think people might look at this play and call it an immigrant story, but it’s much more than that. It is really about how a family can become uprooted from their place of birth for reasons that aren’t just about politics, that are really personal.”

The couple’s tense togetherness erupts in fights and ultimatums. As Nick’s drinking problem worsens, Amal’s social isolation spikes. Time reveals Nick’s possessive control over Amal’s mobility, but relentless promises to be a better husband follow each outbreak. Amal resists, but he is her sole security. Years pass in pattern. When Amal discovers Nick’s history of infidelity, the marriage ends on her terms.

Meanwhile, another story unspools in 1990s Toronto: a wrist injury has landed older Amal (powerhouse Delphi Harrington) under the temporary care of Janine (Salma Shaw), her adult daughter. Amal’s hand isn’t the only healing underway in the house—nor is the house Janine’s only inheritance from her mother. Divorcing her husband before exiting Egypt didn’t prove an easy victory for Amal; what she embraced as liberation, her children experienced as abandonment, and this divide gridlocks their relationships with grievances.

Without the memoir’s first-person narration, Amal’s theatrical story gains a more balanced treatment of the other woman her choices affect: her daughter. Side by side, older Amal and Janine are a study of glamour and grunge. Sarafina Bush’s costumes accentuate Amal’s nostalgia for Egyptian chic with a long, gold-embossed gown. “Sophistication runs through my veins,” Amal boasts, as Janine slumps in a sweater.

Janine plans vacations for clients that she cannot enjoy herself, lusting after a map of the world that her own mother has adventured. Recently divorced, Janine’s attempts to jumpstart her life are halted by Amal’s arrival. “Let me show you a better way,” becomes Amal’s refrain as she intervenes with unsought advice. Needless to say, Janine’s hospitality is strained.

Amal’s pride ripens into self-righteousness with age as she attempts to rule the room—sometimes hilariously—at every entrance. She might cling to outdated notions of feminine beauty and utility as a way to reclaim her dignity; with a broken wrist, she’s housebound in Toronto much like she was under the fussy limits enforced upon her by Nick.

Upon Nasser’s death, Sadat assumes presidency in the early 1970s and emboldens Egypt’s Islamist movement. Sadat lifts a ban on traveling abroad, which enables Amal’s youngest son Hatem to visit. When she calls her grown children habibi (“my beloved”), Janine and Hatem sit tight-lipped and unmoved by Amal’s performed affection. Her reunion with Hatem (funny, malleable Ahmad Maksoud) proves awkward after nine years apart. When Amal cries haram (“forbidden” to Islam) at Hatem’s insolence, Hatem retorts that she doesn’t understand the word, implying her apostasy. Unlike his mother, Islam has guided Hatem through his life with meaning.

As a family drama, This Time omits a Muslim patriarch in favor of a universal pairing: mother and daughter in pursuit of self-determination. Greene’s trilingual script does not attempt to instruct a Western audience from a place of otherness; nor does it curtsy to Orientalist expectations of a Muslim woman.

Presented in the U.S.—even in liberal NYC—it might seem miraculous that younger Amal drives a car, holds her own in marital fights, and wanders freely without a headscarf, but this indeed reflects one Egyptian woman’s experience half a century ago.

“I think when you do a Middle Eastern story, it ends up feeling like a political statement,” said Fahmy. “I feel there is such a knee-jerk reaction to the entire mythos of the Middle Eastern woman. We’re locked into the same narrative. And I think we in the theater industry haven’t done a good enough job to sort of transcend those expectations of what that mythos is, what that identity is.” (Fahmy and Greene’s interview with Culturebot concludes with a helpful list of Middle Eastern American writers.)

I feel there is such a knee-jerk reaction to the entire mythos of the Middle Eastern woman. We’re locked into the same narrative.

While Fahmy does not deny the experiences of Muslim women whose liberties are more restricted than Amal’s, he’s drawn to stories that promote authentic alternatives to newsbytes. He’s in good company—Rising Circle prioritizes the stories of people of color on the American stage and the creatives behind these productions reflect the same diversity.

As the play’s timelines converge, so do the identities of mother and daughter. Greene wrote to me about this merging: “This play is, for me, the meeting ground of my Western enculturation that thrives in naturalism and my Eastern upbringing and cultural inheritance that accepts the magical and mysterious as truth.” Janine’s life begins resembling Amal’s beyond the coincidences of three grown children and a divorce. Tom, a younger love interest, urges Janine to escape and choose an uncharted future with him. (Sound familiar?) “This is supposed to be my time . . . When do I get to be selfish?” cries Janine, paralyzed by the sight of her open front door.

This Time and Not So Long ago—both titles imply history and recalibration. Each character’s promise of improvement “this time” proves botched, echoed in a cycle of apologies and love letters. Janine regards Amal with a sense of doomed future, but family is her future. The director and playwright’s rich dramaturgical background plumbs ages of theatrical comeuppance: “No matter what we do, we are a slave to these patterns,” said Fahmy. “If it were the Greeks, it would be fate; if it were [Sam] Shepard, it would be DNA.”

Despite Fahmy’s blood tie to Amal, This Time’s main muse stands on no pedestal. Sure, her privilege as an upper class Egyptian afforded her certain agency denied to other women, but never as much entitlement as the men in her world. Amal’s price for freedom? A life spent reconciling her womanhood with motherhood. This Time reveals itself a full-fledged tragedy, succeeding as an achingly human story.