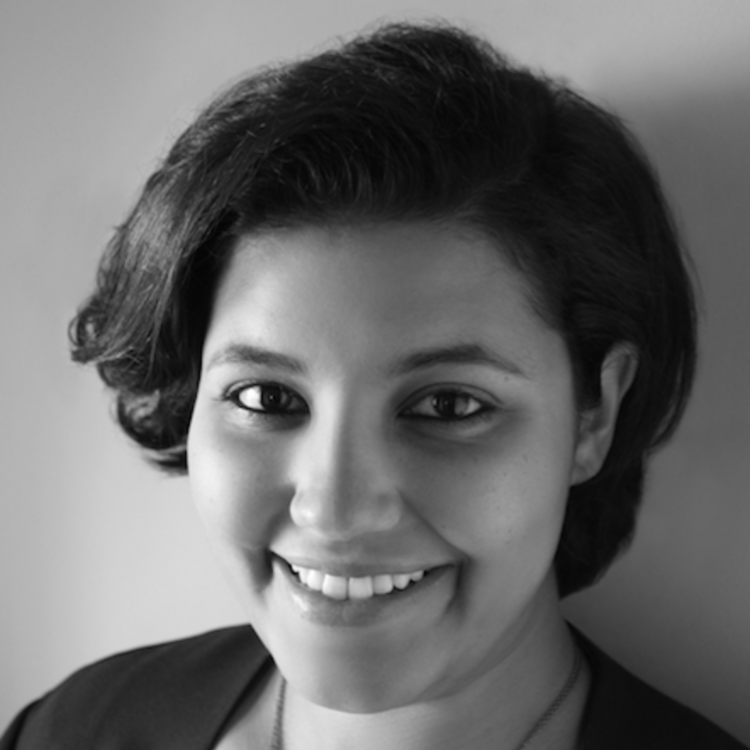 Dancing at the Harvard Mellon School for Theater and Performance Research

We ended the night in a dance battle. On either side of the large studio space sequestered on the third floor of Farkas Hall, a building nestled in the middle of Holyoke Street in Cambridge, two raucous groups of sweaty academics, activists, artists, dancers, and directors conjured up hubris-filled gestures that would rightly typify their team’s ethos. Just hours before, we sat attentively in seminar rooms, holding space for the silent hum that occurs in the wake of a delicately phrased comment or wading in the generous speculation performance texts so often inspire. And this work, too, is a different kind of sweat. At this year’s Mellon School for Theater and Performance Research, gathering under the theme of “Research, Pedagogy, Activism,” academics got funky.

In a moment when university administration frequently threaten or fire dissenting professors, or shame student protest efforts to change outdated institutional structures, the Mellon School—like the arts—welcomes these issues and demands as necessary critical changes rather than threatening ones.

The Mellon School’s mission to “create a forum in which scholars in and around theatre studies can gather to exchange ideas and research” extended its reach to a high stakes bodily practice with this year’s theme on activism. This fictional division between the doers and the thinkers, activists and the scholars, seemed to dissolve among this collective. As seminar leader and theatre scholar Carrie Preston noted, we so easily jumped from our seats when she transitioned from a critical reading of Jean Genet’s The Blacks to “OK. Stand up.” When Shamell Bell, mother, street-dance activist, and scholar invited us to dance, we did. Our shared willingness to say yes to thinking and moving together further underscored the urgency of this year’s topic—teaching is activism, activism is research, and performance is embedded in each of these, everywhere. Directed by professor Martin Puchner, the Mellon School’s theme was timely, conscientious of the fact that “the last two years have seen a significant rise in activism on university campuses and beyond, from Black Lives Matter to environmental activism and unionization. Because the performing arts are a frequent vehicle for activism, researchers in the performing arts have much to contribute to this general development.” In a moment when university administration frequently threaten or fire dissenting professors, or shame student protest efforts to change outdated institutional structures, the Mellon School—like the arts—welcomes these issues and demands as necessary critical changes rather than threatening ones.

Interdisciplinary thinking is at the heart of what makes the Mellon School a place to cultivate action. On the first evening of the conference, Puchner artfully recounted a story of two friends meeting in a café; one was researching manufacturing and industrialization, while the other was a student deeply embedded in philosophical discourse. Distinct in their training and points of view, these two friends—Engels and Marx—would write the Communist Manifesto, a document that transformed artistic and worker revolutions far beyond the intention or life-span of the authors. Puchner eloquently modeled the power of storytelling and the value of interdisciplinary work: visions, like manifestos, flourish because of the diverse meeting of minds. Additionally, his point made clear that despite our best efforts, we may never know the impact of what we seek to change.

Following Puchner’s opening, the guest speakers each offered visions of how arts, teaching, and activism coalesce in a myriad of case studies. Harvey Young, professor of theatre at Northwestern, offered a meditation on how to think of the animation of black life and death on stage and everyday life. Young took us to the stages of Amiri Baraka’s The Dutchman, a provocative and difficult work that transforms a superficial encounter between a black man and a white woman into a fatal one. Young’s analysis of The Dutchman viscerally coincided with a series of recent debates about how, and by whom, black pain can be represented. Additionally, Preston shared a powerful anecdote about her experience of being black-faced in a 2003 live performance of Jean Genet’s The Blacks—A Clown Show as part of its overall gesture towards holding white audiences accountable for the violence of racism represented on stage. In these two lectures, we see how the challenges of subjection live in the interstice of action and representation; violence and inscrutability; race and its dependency on the visual.

Una Chaudhuri encouraged us to look up. Following Amitav Ghosh, climate change is not a singular issue, as if when one person recycles it makes the entire planet better, but rather an issue that must be tackled en masse. For this reason, Chaudhuri has partnered with theatre makers in trying to build a form of theatre that rearranges our interactions and relationship to environmental change in a project called Climate Lens. She has already started this work in a new media project called Dear Climate, an artist/activist collaboration invested in cultivating personal relationships with the climate through posters and podcasts. Their poster campaign, for example, personalizes our relationships to the weather through the citation format of the provocative political poster, playing on puns with popular social references but also taking seriously the idea of getting close to nature, such as meeting the beetles. Chaudhuri urged the group to consider the urgency for the arts to consider and take seriously climate change and how this intersects with the movement for black lives. Importantly, we need to consider climate change alongside indigenous sovereignty (#NoDAPL!).

Dramaturgies of the fifth wall, the environment—she urged us—is the new frontier of performance and theatrical change. On my walk home that evening, I watched a squirrel soap opera, as Chaudhuri suggested, where four squirrels were fighting over who would hide within a PVC pipe embedded in a retaining wall. I watched, and perhaps missed parts of the plot, but through their perspective I saw a new relationship to rodent drama. Chaudhrui’s intervention speaks directly to the theatre community, asking how do we change each other, change theatre and its production, with a dramaturgy of the fifth wall? “The only common border of our world” she stated, “is the atmosphere.”

Profound guest speakers Doris Sommer, Bonnie Honig and Elaine Scarry and offered readings of how art interfaces with political theory and public life. Sommer, director of the arts organization Cultural Agents that promotes active citizenship through the arts, recounted a time when she was asked about the value of the humanities; her response was: “the enjoyment of doubt.” While doubt can be the impetus for fear, confusion, and misunderstanding, it is also the linchpin of refusal, a topic that motivated Honig’s discussion on how postures of refusal in plays like Antigone and Lysistrata might appear in more subtle forms. Refusal, for Honig, departs from resistance in that it is not an active response to demands for representation. Instead, refusal marks a stand of inoperativity, an inability to function as demanded by an authority (read: the state, a system, a body’s antagonism).

Perhaps doubt, too, is the crux of Western culture’s Cartesian mind/body split: that we could in fact have no control over our bodies, or better yet, that our bodies control our minds. This illustrates one aspect of Scarry’s persuasive discussion on the role of consent. She compellingly argued that motion is the tenant of freedom, and thus linked it to her theorization of free space in the theatre as the freedom of entry and exit—a kind of motion guaranteed to actors and discouraged from audiences. We need this freedom to move in our thinking and teaching space; a freedom to decide the shapes our bodies need in order to think, which often departs from the traditional structures of Western classrooms.

The studio was filled with exhaust of un/synchronized scholars breathing rapidly, trying desperately, and most of all, making something foreign—each other, the space, the dance—familiar.

On our last night together, we broke from this structure with that exact freedom. Scholar-artists Larry Switzky and Shamell Bell shared their performance-based work with the group. Switzky, professor of theatre at University of Toronto, shared the powerful video documentation of Olifantland by the Barrydale Puppet Parade, a collaboration between University of the Western Cape and Handspring Puppet Company in Klein Karoo, South Africa. In light of Chaudhuri and Young’s works that consider animating the often imperceptible and neglected—such as environmental crisis and black life—Switzky’s work seemed ever more urgent as this community worked through the debris of reconciliation, the community’s relationships to the elephant, and through the creation of it in puppet form. This is the critical work of puppeteering: puppet makers breathe life into what appears lifeless.

Then, Shamell graciously and brilliantly led us in a street dance activism workshop. Street dance activism is a form of dance where Bell and her colleagues teach dance classes to protesters, publics, and passersby. They dance in public spaces to show that by living, black lives are resisting. This battle format, drawn from genealogies of African and African American dance, gathered live, moving, vibrant bodies together to hold ground and shared space. In the wake of the deaths of young black children (and the exoneration of their murderers), Bell’s action, called “living is resisting,” vividly staged how (living) black lives matter through dance. As shown in the video, the dancers occupied the space outside of the LAPD day and night. So when we were under instruction by Bell, the studio space was a different kind of public: we were asking each other to share not only our thoughts, but our intentions and our bodies. Suddenly, stepping left and right became fluid with the sway in our shoulders. There we all were, moving together in a completely different way (some of the Debbie Allen variety, to be fair). After Bell’s choreographic facilitation, this room quickly felt small and warm. The energy shifted. The studio was filled with exhaust of un/synchronized scholars breathing rapidly, trying desperately, and most of all, making something foreign—each other, the space, the dance—familiar.

The interdisciplinary and embodied work found at this year’s Mellon School is a reminder of the lines of flight, creativity, and wonder that happen when we radically embrace doubt and failure. What happens when we embrace the invitation to mess up, to try, to ask questions, to dance, to experiment, and to be an unabashed fool in a place like Harvard (possibly academia’s house of mirrors)? After all, looking like a fool often looks the same as asking too many questions, doubting everything except the impulse to ask. This year’s institute highlighted the need for more accessible spaces that prioritize the convergence of embodied practice, social change, and sustained dialogue, as these are necessary tools and experiences for transformation in and outside the academy.