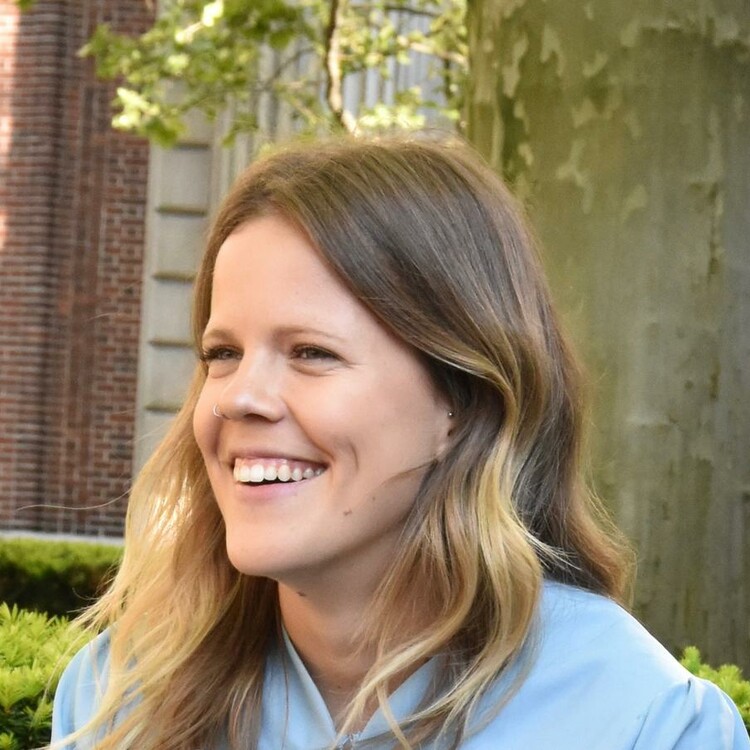 Alice
Stevenson
Theatre in the Age of Climate Change

Environmentalism Behind the Scenes on Broadway and Beyond

Welcome to the fifth year of the Theatre in the Age of Climate Change series! In honor of spring, the season of hope, we’re keeping an eye on two promising US policy proposals: the Green New Deal, spearheaded by Congresswoman Alexandra Ocasio-Cortez, and the Energy Innovation and Carbon Dividend Act, proposed by a bipartisan group of lawmakers and endorsed by Citizens’ Climate Lobby. And, to add to this well of positive energy, HowlRound is featuring some of the most hopeful work being done at the intersection of theatre and climate change. Over the last ten years, the Broadway Green Alliance has been a leader in advocating for more sustainable practices in the theatre. Here, Alice Stevenson shares some of their most successful initiatives. — Chantal Bilodeau

Ten years ago, more than 250 theatre professionals gathered in New York City to discuss the growing climate crisis. David Stone, the producer of Wicked, had just seen the documentary An Inconvenient Truth and, like many others, realized how imperative it was to take action. Stone and his team hosted a Town Hall at the Gershwin Theatre, bringing together theatre professionals interested in making, or already working to make, theatre more environmentally friendly. After an inspiring keynote speech from Allen Hershkowitz of the Natural Resources Defense Council (NRDC), the Wicked team and participants discussed ways to make theatre greener.

One of the actions discussed at this Town Hall was to form a committee that would act as a central resource on environmental issues for the theatre community. So, in November 2008, the Broadway Green Alliance (BGA) was formed as an ad hoc committee of the Broadway League. 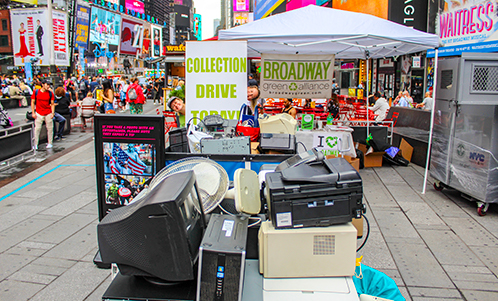 Since its inception, the BGA’s mission has been to educate, motivate, and inspire the entire theatre community and its patrons to adopt environmentally friendlier practices. This is a seemingly immense undertaking. But the BGA’s work is built on the recognition that environmental issues are caused by the cumulative effect of millions of small actions and that effective change comes from each of us doing a bit better every day. We don’t aim to be fully “green,” but rather work to be “greener” than we were yesterday.

Sustainability and Broadway are much more interconnected than you might think.

One of the BGA’s main objectives is to communicate information to our members and the general public in order to encourage everyone to make environmentally responsible decisions. We host several events a year, including an annual Town Hall for the theatre community and beyond on issues like plastic pollution and green energy, as well as four collection drives—two for electronic waste and two for textiles—in Times Square. Our collection drives have diverted over twenty thousand pounds of e-waste and hundreds of bags of textiles since 2016. We also circulate written materials to educate individuals on more sustainable practices. BGA newsletters frequently contain new eco-friendly initiatives that can be implemented within the theatre community and beyond, and we create guides and resources on things like e-waste recycling and how to close a show in a greener manner. 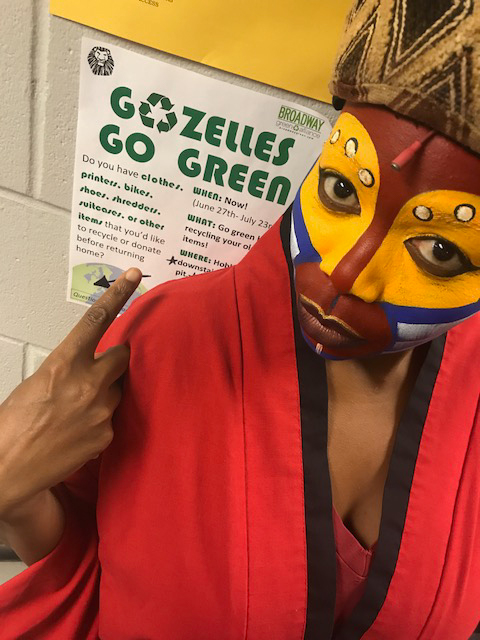 In addition, we run the BGA’s Green Captain program. One person, or several people, involved with a production, organization, or venue serves as the go-to person(s) for questions, ideas, issues, or problems about sustainability. Green Captains work behind the scenes to make their productions or venues greener, with support from other Green Captains and BGA members. There are no specific requirements—the BGA just asks that individuals do what they can, when they can. Some Green Captains make an effort to stay informed, educate their casts and companies, and post information about greener practices backstage. Mara Davi, a former BGA Green Captain on The Play That Goes Wrong, explains that some of the basics of the role include providing green tips to company members and collecting recyclables backstage. Other Green Captains have specific passion projects to which they dedicate their time. For example, Satomi Hofmann, from The Phantom of the Opera, was searching for a sustainable way to dispose of used NYC metrocards. She found an artist in Williamsburg, Nina Boesch, who uses them to make collages. Now, thanks to Satomi’s dedication, the BGA collects metrocards from all Broadway shows and sends them over to Nina, keeping them out of landfills.

Since 2008, over three hundred individuals on Broadway have volunteered to be Green Captains on their productions. This program has since expanded to include Off-Broadway venues, college theatre departments, and touring productions and venues.

Because theatre’s cultural influence is far-reaching, when we show the hard work being done to reduce our environmental impact, it encourages others to take action.

Members of the Broadway community often share information, through the Green Captain program and other means, about greener practices, which leads to sustainable improvements. One of the most visible ones was the upgrading of marquee and outside lights at Broadway theatres to energy-efficient LEDs and CFLs. This one action has saved energy and money, and has reduced Broadway’s footprint by seven hundred tons of carbon a year. Another example of environmentalism behind the scenes was the switch to rechargeable batteries. Since Broadway began using microphones, productions have needed batteries. To be certain that microphones wouldn’t fail during a show, the standard Broadway practice had been to put new batteries into each microphone before every performance. Wicked switched to rechargeable batteries, reducing annual battery consumption from over fifteen thousand batteries to less than one hundred, saving money and the environment without compromising the performance. Many other productions around the world, including in Australia and London’s West End, have made this switch—often after hearing of the Wicked team’s success. 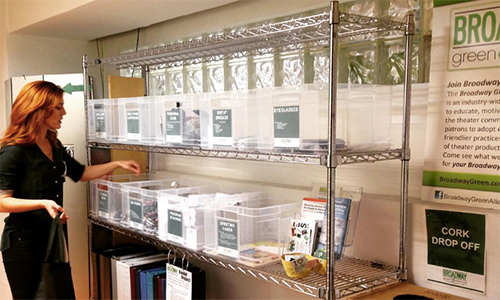 Mara Davi, former Green Captain on Dames at Sea and The Play That Goes Wrong, sorting items for recycling in the BGA office.

The actual carbon footprint of Broadway and the greater theatre community is modest, especially considering how traditional practices have improved over the last ten years. But, as we share our eco-friendly successes, we continue to see positive changes. And because theatre’s cultural influence is far-reaching, when we show the hard work being done to reduce our environmental impact, it encourages others to take action.

The BGA’s members have shown over these past ten years that sustainability and Broadway can, and should, go hand in hand. Most of the success we’ve seen backstage began with an individual or group trying something new, which ignited similar actions and improvements by others. We can’t wait to see what the next ten years will hold.