Towards a Dramaturgy of Stage Violence 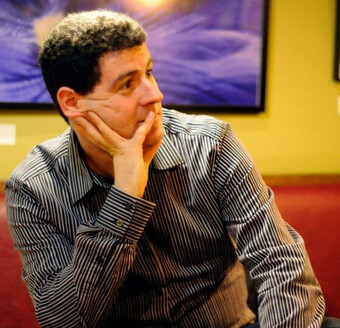 I’d like to take this opportunity to discuss what I’ve come to call Fightaturgy: the dramaturgical revelations brought out by the violence and related movement implied in a play text and how this might play out in articulating character journey throughout a play.

Fightaturgy matters. Because it’s the moments of violence on stage that are among the most direct expressions of conflict and objective, and because if they’re done well and are dramatically motivated, these are moments that you know the audience is leaning forward in their seats. This goes as much for a slap as it does for a duel to the death.

Fightaturgy goes beyond the actual movement of the choreography. Violence changes or reinforces character relationships. And not necessarily characters that are on stage at the moment; think of how Juliet’s life can change the moment that her newlywed husband and her cousin face off. And the instruments and rituals of violence can often bring out details of cultural context and inform acting choices.

Sticking with the example of Romeo and Juliet, much of the dialogue refers to specific codes of dueling and the etiquette and procedure of challenges, as well as debates over the most effective means of utilizing weapons. I once worked with a high school production of this play where a brief explanation of this context to the student playing Tybalt led to his observation that “Tybalt just wants everybody to be classy.” This led to him going from shouting every line to achieving a nuanced and complex performance.

Fightaturgy goes beyond the actual movement of the choreography. Violence changes or reinforces character relationships.

The dramaturgy surrounding violence influences costumes and props. Weapons are worn in specific ways and how and when and why they are touched or moved can add layers to a production. In the context of Japanese swords for instance, moving a sword from the right side of the body to the left can signal a significant change in how the character views those around him/her. This action would not need to take place in a fight scene per se, but it is an example of fightaturgy.

An example from the American canon that I would like to discuss is The Miracle Worker. This play, which focuses on the relationship of the young Helen Keller and her tutor, includes several fights, most of which involve Hellen Keller. This woman, who history teaches us was brilliant, resourceful, and compassionate, is introduced to us in this play as a near feral child. And a violent one at that. The moments of violence allow us to articulate how resourceful and quick-thinking the young Helen can be. Touch is the fastest sense. In fact, there are several blind Judo teams in competitive circuits. Any character coming into contact with Helen would essentially be entering a contest on her terms. And when Anne Sullivan, her tutor, does win, it is not an easy victory. Another example in the text is the moment between Jimmy and the father. We learn that the elder Mr. Keller was an officer in the Confederate army. When he lashes out at his son, it is efficient and decisive.

Fightaturgy should be part of any fight director’s process. My own method is to mark all moments of violence, potential violence, and passages relating to violence when I read the script and send those to the director to begin the discussion. When actors can be instructed how to handle weapons in scenes that do not involve fights (for example, the Marines in Bengal Tiger at the Baghdad Zoo might be equipped with three-point slings for their rifles, which require some instruction) or be given context for passages that relate to violence (there are several non-fight scenes in Shakespeare that relate to dueling culture).

The dramaturgy of violence goes far beyond fight scenes. Any character representing a warrior culture of any kind will have much of their behavior dictated by that culture. It is my own feeling that consistency and dramatic effectiveness trump historical accuracy, but specific choices must be made by the performers and production staff.

One of the best phrases I heard at the Literary Managers & Dramaturgs Of The Americas (LMDA) conference I attended in 2010 was that dramaturgy is more about a way of thinking than a job description. When dramaturgical thought is applied to the realm of theatrical violence, an area that is often underrepresented in these discussions, the results have the potential to elevate the synergy of the entire production in ways that might be surprising.

This article is stimulating. I never thought about dramaturgy in this way. This is cool.

Great post! One of my pet peeves is seeing bodies move illogically to the play. We live in an era where body structure and movement is set into our muscle make-up and fascia, and modern patterns are evident on almost every stage across the globe. Actors aren't being given tools to return to a neutral pattern (which is not found in most modern bodies), thus have less access to creating a character's patterns.

Beginning this discussion of movement with "fightaturgy" seems a good place to start. But just as Tybalt "wants everyone to be classy" may lead to a more nuanced performance and instruct how he would handle a weapon (causing the audience to "lean in"), his ability to physically shift and carry himself as an aristocrat who never rode in a car, travelled more than a few miles from home, or glanced at an iPhone or laptop will create compelling movement and storytelling on stage.

I'm hopeful that this discussion of fightaturgy can move us forward to examining a new approach to how actors are in motion and at rest on stage. When we reach this point, we'll not only have more compelling theatre and artists with a greater ability to tell stories, we'll also have healthier actors who are capable of painlessly telling those stories the length of their careers.

I really like these ideas. I'm having trouble saying fightaturgy though!