Finding (and Losing) a Theatrical Home in New Jersey 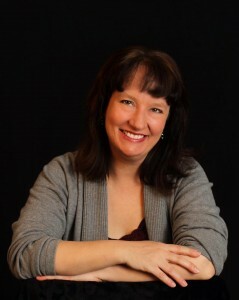 Three and a half years ago, I arrived at work just as my phone started ringing. I put down my bag lunch and picked up the receiver. A man's voice on the other end of the line identified himself as being from Princeton University, and then paused, and then told me I ought to sit down.

I was being offered a year-long playwriting fellowship. A full year's wages in exchange for working full-time on my new play.

As far across the country from Southern California as you could get. Far from my much-loved Los Angeles theater community. Far from my family in Oregon.

All I knew about New Jersey was that it was near New York City, and that Bruce Springsteen was from there. I didn't know Anybody.

But it was an opportunity I couldn't refuse. So I quit my sensible day job, packed up my cat and my laptop, and moved to New Jersey.

Everything was a bit bewildering to me at first—the New Jersey Transit train system and the absence of my nine-to-five work schedule, and how the shops in Princeton could possibly charge so much for a cup of coffee... And I was lonely.  I'm a pretty quiet person, but in Los Angeles, I'd had friends from my playwriting workshop, and from the theater company I belonged to, and in the large and active theater community, and even at my sensible day job. In New Jersey, I had none of that.

Did I belong here?

I didn't know. But slowly, surely... I began to get to know the New Jersey theater community. My friend Dan from Los Angeles introduced me to Liz and Chris in Princeton. Liz and Chris helped me move my couch into the cottage where I lived, loaned me a bicycle so I could get around town, and welcomed me into their theater-going circle of friends. They introduced me to Princeton playwright Jim Christy, and Jim introduced me to the Passage Theater Play Lab a few miles away in Trenton.

Everything was instantly better when I was invited to join the Passage Theater Play Lab. I had found my people. My new play people. The company itself does only new work (joy!), and the writers in the Play Lab were smart, welcoming, diverse, and interesting. I began to think of New Jersey as home.

I *could* think of New Jersey as home, because it was full of opportunities for playwrights. When I finished up my year as a Hodder Fellow, I received a fellowship from the state of New Jersey that allowed me to remain in the state. I went to see plays in every theater that I could find—from the fancy McCarter and Two River to the smaller, scrappier Luna Stage, Premiere Stages, and Playwrights Theater of New Jersey. Premiere commissioned me to write a family-friendly play about the history of Westfield, New Jersey. PTNJ invited me to become part of their Emerging Women Playwrights Project. I participated in the NJ One-Minute Play Festival. I became the first Dramatists Guild Representative for the state of New Jersey. And Passage is going to be producing the world premiere of my new play True Story in November.

I kind of fell in love with New Jersey. I liked its scrappiness. I liked living down in the garden state part of the Garden State, where there was a bit of breathing room and lots of trees. I loved taking the train into New York City, then coming back home and being able to see stars. I liked the people. I found it to be a great place to write.

I kind of fell in love with New Jersey. I liked its scrappiness.

People kept asking me when I was going to move into The City. Capital T, Capital C. They seemed confused when I told them I didn't think I was going to.  Being near enough to New York City to go in once or twice a week for readings or shows or meetings was fantastic. I could go to things that were only there, nowhere else (Broadway! Off Broadway!  Off-off Broadway!  The Natural History Museum and MoMa and the Metropolitan Museum of Art and the High Line). I could participate in things that were there, and that you couldn't participate in if you couldn't get yourself there. I went to readings at New Dramatists and The Lark, and participated in Flux Theater Ensemble's "Flux Sundays" and Page 73's playwriting workshop and American Lyric Theater's Composer Librettist Development Program. New York, New York—it really is a wonderful town!  There's no place that has such a concentration of theater people.

So why Didn’t I want to live there?

I'm not a city person. That's one reason. I was raised in rural Oregon, and cities in general have too many people, too much concrete, and not enough trees for my taste.

Another reason... I'm not sure about this one. It was just a feeling, really. But I had the feeling that my writing voice was more New Jersey than New York. More country than city. More scrappy than fancy. What I'm trying to say, I guess, is that I didn't ever really get the feeling that I belonged there.

I love reading stories about the Circle Rep in New York, when Lanford Wilson and Marshall Mason and Sam Shepard and all the rest were making theater there. I yearn for that sort of theatrical home, where playwrights, directors, actors, and designers try things, and talk them over, and try more things in a messy/wonderful creative cauldron of production. If I'd found that in New York City, I would have moved there. That, or something like that. I'd move almost anywhere, if I could have that. Maybe Steppenwolf is making theater like that, but I don't think they take walk-ins. Maybe if you can't find it, you have to build it yourself...

I didn't quite feel like I'd found a fully formed theatrical home in New Jersey, but I felt welcome there.

Three and a half months ago, I received a phone call from a man who had interviewed me for a day job. "I'm sorry," he said.

Because I was at the point where something had to give. Three years of full-time writing (punctuated with the odd teaching gig and commission) had been glorious. I'd worked harder than ever. I'd written more than ever. But it hadn't been lucrative enough to keep a roof over my head. Almost lucrative enough... but not quite.

I'd applied to a lot of jobs: fifty or sixty, at least—from development positions to teaching gigs to movie theater ticket salesgirl. I don't know that New Jersey has a worse economy than anyplace else right now, but there were hundreds of applicants for every position I applied for. And I was ambivalent about the search, frankly. More than anything, I wanted to keep being a full-time playwright. I have four productions coming up in the next four months, I just started a year-long program to learn how to write opera libretti, and I am trying to figure out how to finish my big Antarctica play and tour my one-person show on guns and gun control. Writing really is a full-time job at this point. It's more than a full-time job.  It just doesn't pay like one.

Oregon doesn't have a stronger economy than New Jersey, but it's where I'm from. It offered a place for me to fall back to, if I needed to fall back. A place to regroup, and try to figure out the next step. So in July, I left New Jersey and moved back to rural Oregon to work on the family farm between playwriting gigs.

Part of me is glad to be back on the west coast, and nearer to family again. But another part of me still feels raw—I've been ripped away from the people who had taken me in and allowed me to be one of them. Will I be able to find another theatrical home that resonates with me half as much as this one did?

Nothing is stopping me from maintaining my relationships with the theaters and theater-makers of New Jersey except a pesky lack of proximity. Many of the friendships I made there are friendships I'm going to keep. And in addition, I'm going to keep some of the moxie I learned in New Jersey. That scrappiness and self-confidence and little bit of Springsteen swagger. Those are wonderful gifts, and they'll have to be enough...until I get to return for a reading of Magellanica at PTNJ in October, and to attend rehearsals for True Story, which opens at Passage in November, and whatever happens after that. Something will. I'm sure of it.

Until I see you again, New Jersey!

Oh Ellen, it's so good to read this. You know, /you/ were one of /my/ memorable phone calls. (Actually, it was an e-mail.... ) I've been wondering where in the world you had gotten to... and this love letter to New Jersey has filled me with questions about a place I'm now embarrassed to have "written off." (Not unlike an East Coaster's response to "Los Angeles theater," perhaps??) Also so affirming of the theater experience I and people I know and love have worried to bits... it's my life, why can't I make a living at it? etc. Anyway, you are an asset to theater wherever you are. We're lucky to have you! :-)

Isn't that what Skype was invented for?

The American Theatre Was Killing Me

Healing from Racialized Trauma in an Art Workspace

Amelia Parenteau speaks with Lauren E. Turner about racialized trauma in American theatre, Lauren’s experience with it, and healing.

The Final Frontier Is the Audience

Part II of the conversation between Bill Rauch and Nataki Garrett—the outgoing and incoming artistic directors of the Oregon Shakespeare Festival—touches on inspiring leadership choices, pacing yourself, and cultivating diverse audiences.

Nataki Garrett and Bill Rauch in Conversation, Part I

Part I of the conversation between Bill Rauch and Nataki Garrett—the outgoing and incoming artistic directors of the Oregon Shakespeare Festival—touches on personal values, gratitude, and how the joy lives in the struggle.