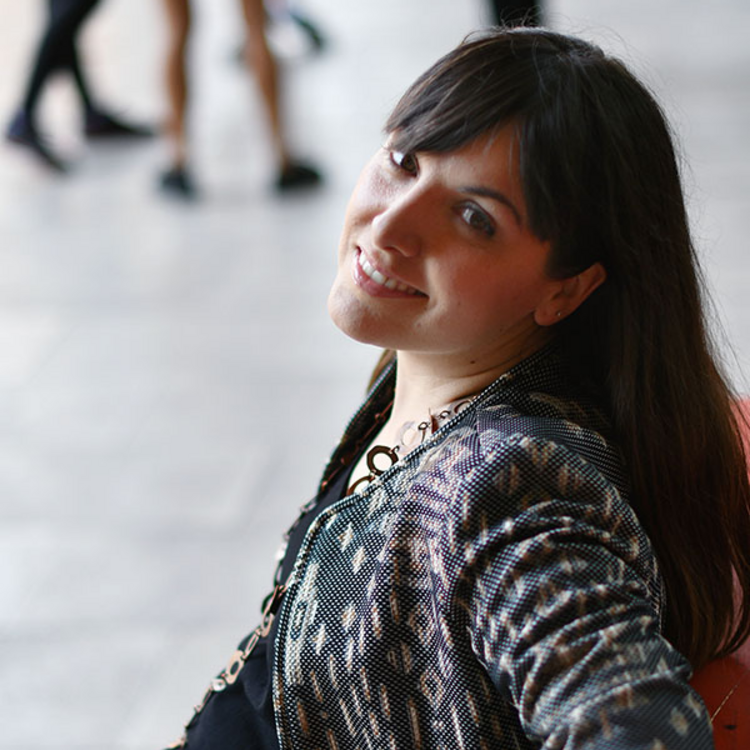 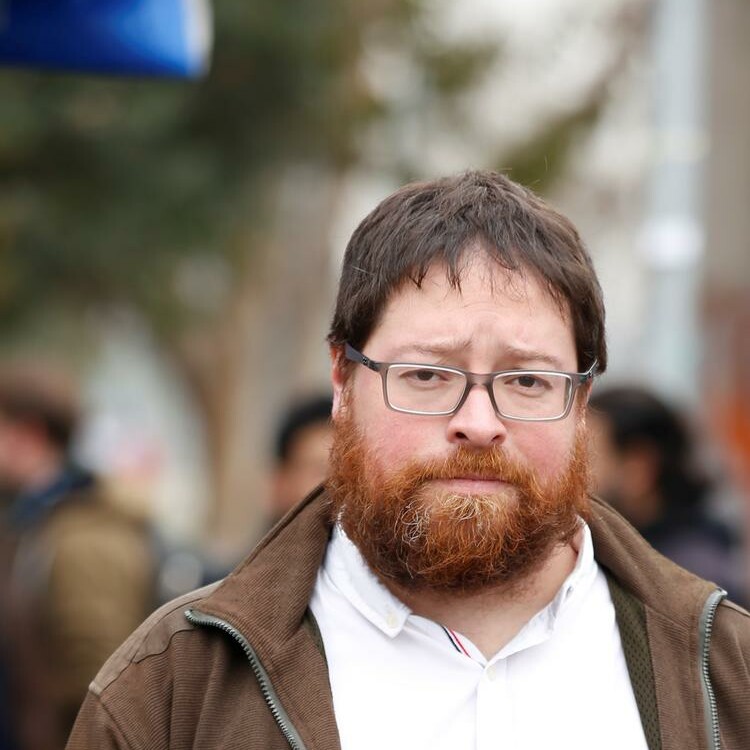 “What is a programmer? We have never talked about how to program a theater, what are the strategies. Nobody discusses it. It is not in the arts management seminars that we attend…. We assume that spaces are programmed according to ‘what each one of us likes,’ but the work of the programmer is something that is emerging now in Chile; it is just beginning.” – Anonymous, as part of the Chilean research project “Freedom and Silence, Theatre programming and its processes.”

The imagined narrative of a programming job is one of beauty and glamor. It includes happily-ever-after seasons for audiences and programmers, tons of international traveling, mingling with grateful well-known artists, and, of course, full houses of loyal theatregoers. Unfortunately, the reality isn’t always such a fairytale; we know this because we are both programmers. While our work is key to making theatre happen, it is not always a premeditated process. We must deal with conflicting expectations from audiences, artists, colleagues, and boards, as well as the uncontrollable variables in the theatre industry in Chile, and strive for a delicate balance among it all. More than fairytales, our jobs are closer to spy movies or thrillers with ticking bombs to deactivate.

Both of us trained as actors, but neither of us followed an acting career. We developed our passion for theatre through the managing of spaces, and we currently program two relevant venues in Santiago: while Andrés leads Teatro UC, the professional theatre at Universidad Católica, Pamela does the same at Centro Gabriela Mistral, GAM, Chile’s largest cultural center. When we began these roles, we looked for literature and research on the subject of programming. 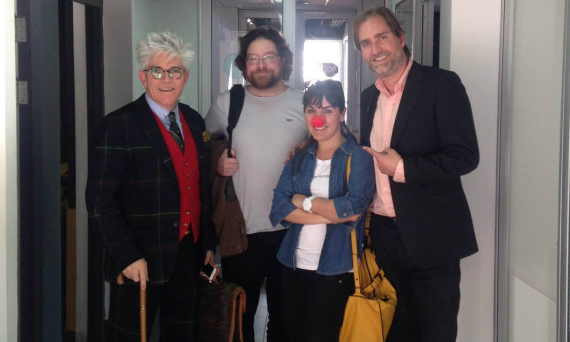 It turned out though, that while research around governing structures, planning, marketing, audiences, and finances for performing arts organizations in Chile exists—which have deepened the conversations around those subjects—very little has been done to address the fundamental questions around the core activity of an arts organization: programming.

We decided to do a research project of our own. We started by looking at who the current programmers are in Chile and how they decide on one project over another. Is it true that they have the freedom to make whatever selections they want? How does the context of their realities—such as the cultural ecosystem they respond to—influence their process, which is what leads to the country’s performing arts repertoires?

Two basic ideas emerge around what people in the theatre field think of programmers. The first is that programmers are some kind of demigods—the same way King Midas turned everything into gold, programmers are the ones who turn artistic projects into blockbusters or masterpieces. The idea is that we have the “magic touch,” which, mostly due to our taste, thrusts artists and plays into the spotlight. We have been granted, at times, the power to help construct canons, social discourses, and artistic imaginaries. Even more, we mold cultural experiences for audiences, setting trends and affecting tastes, habits, and preferences of participation forms. In our experience, though, we face a very different reality; we don’t actually hold the keys for turning anything into gold. The degree to which we cannot control the outcomes of a season disproves this idea that we are demigods.

The second idea, held among artists and independent producers, is that programmers select plays solely based on their artistic preferences and affinities. This isn’t true, though. There are many other factors we consider when choosing what to program. Some of these might be aesthetic criteria regarding the overall quality of a play or the stylistic choices. For instance, a theatre’s mission statement might require the organization to choose works that are aesthetically more conservative, while other organizations might look for more contemporary choices. But there are also local and organizational realities that come into play when programming a season, like relationships with artists, economic imperatives, and cultural policy contexts for each territory—in particular, those related to funding opportunities.

Is it true that [programmers] have the freedom to make whatever selections they want? How does the context of their realities—such as the cultural ecosystem they respond to—influence their process?

Chilean theatre has been expanding over the last several years. In 2017, according to the most recent statistics available, there were over 1.5 million audience members and more than 7,000 performances across the country. While Chile has no public or national theatres, there are plenty of independent ones, from private to university-based to subsidized venues—a mixed model that includes both the private and public systems. Our research included interviews and surveys with fifteen programmers who worked at the main theatres in Santiago, Chile’s capital city. These theatres were diverse in venue size—big, medium, and small—and each had various governance and funding structures. We focused on different types of performing arts venues, including non-profit and for-profit theatres, because we believed these differences could be relevant when analyzing their programming processes. (To our surprise, this didn’t happen.)

In terms of protocols and processes, most of the interviewees mentioned similar methodologies and problems. Almost everyone’s selections were made based on open calls for projects, and many of their struggles related to budgets and the uncertainty of funding. However, there seems to be a broad consensus that the single programming model used by this group of programmers needs to be revised as it might become dangerous, leading us to a stagnant cultural ecosystem, especially if programmers aren’t making adjustments based on observations or innovations in the selection process or their theatre’s particular needs. It’s not that programmers want to work in a homogeneous form, it’s that there are larger structures at play, specifically related to the established 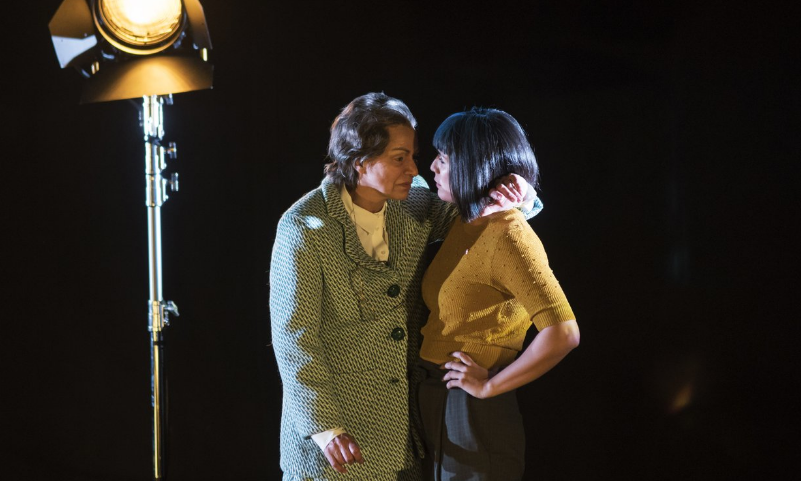 Some deeper analysis on our territory and context might be needed in order to explain.

The Chilean theatre ecosystem is split into two parts. We have theatre venues that we call “organizations,” which, no matter their nature—non-profit theatre, for-profit, subsidized by the state, or independent theatres—are all part of the same system. They rarely produce their own plays, instead opting to present the works of theatre companies to generate their season programs. On the other end, the theatre companies, are, in the majority of cases, independent artists with a collective artistic project they want to pursue; very few have an organizational structure. Some of them are groups that stick together over time, while others just work together for a specific play. They usually don’t have permanent spaces of their own to present productions or rehearse work.

Even though Chile doesn’t have a public theatre or a national repertory company, the country’s cultural policy is inevitably linked to politics, and the theatre ecosystem has always responded to the dynamics of this relationship. Government arts funding happens through the National Fund for the Arts (FONDART), which supports infrastructures, theatre organizations, and artists mainly through grants. It doesn’t fund organizations in their programmatic or artistic work, so venues are forced to operate as rental facilities or presenters.

As a consequence of the funding model, there is a large number of groups and companies that have the resources to produce a show but lack a performing space to present it. While there are venues that produce their own work and that are allowed to have more creative control when it comes to programming, they are the minority. Instead, most theatres put out an open call for applications from the companies; in our research, this method was used by 73 percent of programmers.

Once projects are chosen, programmers must surrender themselves to the artistic process and cross their fingers really hard.

If Not Midas, Who Are the Programmers Then?

The programming job in Chilean theatres is led by a not-so-diverse group of people who come from very similar educational, professional, and socioeconomical backgrounds. Nine out of the fifteen programmers we spoke to were women, and 80 percent of them hold an undergraduate degree in acting. This has created a close-knit community between artists and programmers, making it difficult to encourage a more diverse repertoire. On top of this, artists, trying to keep their autonomy in such a close community, prefer little to no intervention from the programmers on their creative processes, which means most programmers must make their programming decisions based on an idea, an instinct, and trust of the artists. Once projects are chosen, programmers must surrender themselves to the artistic process and cross their fingers really hard.

Another interesting characteristic of programmers in Chile is their age distribution. Of the people we surveyed, the youngest was thirty years old and the oldest sixty-five, though the average age was early forties. Interestingly, the programmers’ ages imply differences in how they perceive their work. These differences are not aesthetical or creative—they relate to management practices and the role administrative skills play in their decision-making process. For example, the older group (fifty years and over) still resists the paradigms of economics merging with cultural practices, and thus would like to foster fully subsidized theatres that may survive no matter the market realities. The younger group believes in a more harmonic relationship between culture and economics, and embraces more easily new managerial forms of marketing and pricing strategies—discounts, special promotions, other forms of sponsorship—as inherently part of the programming challenge. Programmers with a background in arts management tend to have a different perception of their programming models, and their internal processes have a clearer structure. 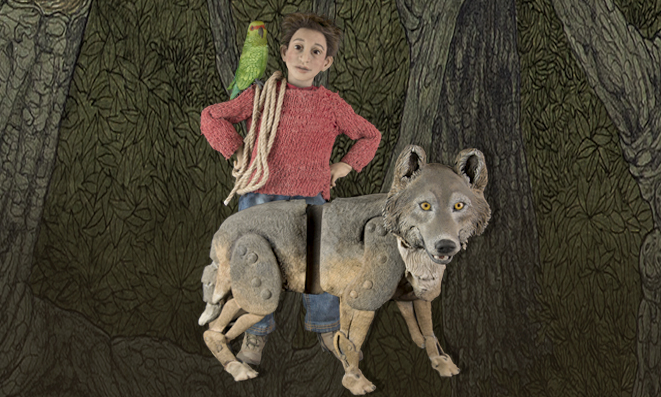 How Do We Move Forward from Here?

Theatre projects are funny creatures. They develop in unpredictable ways. In Chile, programmers receive applications on paper and then leap into the void. We know the show will endure many transformations, and, in most cases, we may not intervene in its development. Even if we wanted to, we don’t have an established culture of artistic feedback; a critical remark could endanger the trust we have from artists, and that is our most important tool to exert at least some control over the shows. But, as a result, there is a lack of program evaluations and indicators for the work itself, and instead of measuring the artistic merit, the works by themselves, or the theatremakers’ processes, we tend to program based on the most common metrics: venue occupancy rates and financial results for each season.

On a positive note, the fact that programmers have a close relationship with artists and are able to create more personal and casual environments for conversations increases the openness to feedback. But this relationship is still far away from the collaborative process we need to embrace in order to find new programming practices in the field. For now, operating in silence is the counterpart to the freedom we desire. This silence is crucial and at the same time damaging for our shared knowledge and accountability. Not having many tools to shape the artistic process makes programmers feel trapped in having to choose between total predictability and total risk.

We want to move forward and build new, innovative mechanisms that will help develop the field in Chile. First, we need to open up the conversation about programmers in order to strengthen this professional role. There is still a big gap between the work programmers do in Chile and the artistic direction models and views established in other parts of the world. Theatre organizations in Chile need to reframe their selection processes, integrating participative mechanisms between artists and programmers, which will lead to more functional relationships, not only with artists but with the projects themselves. Hopefully, more research will end the silence programmers live in without reducing our freedom, and we will be able to share not only the knowledge we gather in our daily operations but also the anxieties and uncertainties that, once brought into the light, can improve the field.