Livestreaming 21st-Century Translation: What Has the Future Brought Us? (Live-captioned) 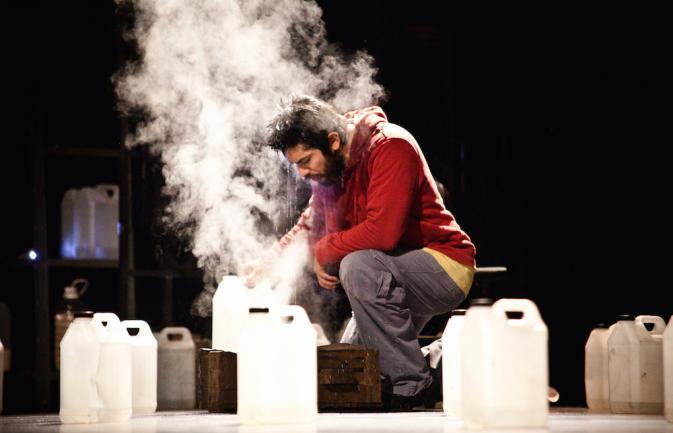 Theatre Communications Group and the Laboratory for Global Performance and Politics (the Lab) present a Global Pre-Conference livestreamed on the global, commons-based, peer-produced HowlRound TV at howlround.tv on Wednesday 7 June 2017 from Portland, Oregon.

The Global Theater Initiative, a partnership between The Lab and Theatre Communications Group, will host the 2017 Global Pre-Conference entitled Beyond the Four Walls. Building on the success of last year's Global Pre-Conference held in Washington, DC with 200 artists from nearly 25 countries on the theme of Finding Home: Migration, Exile, and Belonging, this year's Pre-Conference will be a meeting ground for artists and theatre leaders to embrace theatre’s function as a space of solidarity that extends beyond physical, geographic, and cultural borders. In an evolving sociopolitical environment where the ability to cross borders has been called into question, theatre makers from across the country will gather in Portland, a sanctuary city, to identify actionable steps participants can take to utilize theatre to ignite dialogue and humanize current issues of local, national, and global concern.

Teatro Línea de Sombra’s celebrated production Amarillo tells the story of a man who departs for the US-Mexican border and vanishes before reaching his destination. Through stunning projected images, bilingual monologues, and a sea of displaced objects and natural elements, this renowned company from Mexico City reconstructs his journey in a timely multimedia performance that travels imagined landscapes of both geography and cultural identity. Don't miss what the LAist called, "a raw and captivating epic."

The Global Pre-Conference is produced by the Global Theater Initiative, a partnership between The Lab and TCG, in association with Boom Arts, the Consulate of Mexico in Portland, PICA, and Portland Center Stage at the Armory.