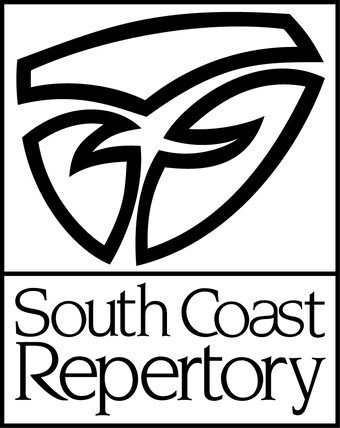 Playwright Aditi Brennan Kapil will lead a broad conversation with the 2019 festival playwrights about their plays. They’ll also touch on a topic impacting many theatres today: Across the country, theatres of all sizes are experiencing leadership change. The panel will discuss what that means for playwrights. As writers, what impact do they hope this sea change has on the field, and on their future work?

Kevin Artigue writes plays, TV, and film. He was raised in Redlands, Calif., and lives in Brooklyn. He’s a current member of the Dorothy Strelsin New American Writers Group at Primary Stages, and is an alumus of Interstate 73 Writers Group and The Public Theater’s Emerging Writers Group. His plays have been performed and developed with Page 73, The Public Theater, SCR, SPACE on Ryder Farm, Golden Thread Productions, the National New Play Network, New York Theatre Workshop, Long Wharf Theatre, Portland Center Stage and the Playwrights’ Center. He has films in development with Imperative Entertainment, Star Thrower Entertainment and Scott Free Productions. He earned an MFA from the Iowa Playwrights Workshop.

Adam Bock is best known for A Life, A Small Fire, The Receptionist, The Drunken City, The Thugs and Swimming in the Shallows. He writes both comedy and drama, blending whimsical surrealism with dark and painful exploration of character. Charles Isherwood described A Small Fire as “a theatrical combo plate that proves unusually satisfying ... raucous, funny and unexpectedly touching.” Bock has had more than 10 plays produced at prestigious theatres including Manhattan Theatre Club, Playwrights Horizons, Soho Repertory, Second Stage Uptown Theatre, Rattlestick Playwrights Theater and Yale Repertory. He has received the Obie Award, Bay Area Theatre Critics Award, Clauder Prize, Glickman Award and Guernsey Award, and been nominated for the Drama Desk and Outer Critics Circle awards. He has been a resident playwright at New Dramatists and an artistic associate at Shotgun Players and Encore Theater.

Sean Hartley is the director of musical theater at Kaufman Music Center in New York City, where he curates, produces and often hosts the series Broadway Close Up andBroadway Playhouse. As a lyricist, composer and/or playwright his productions include Cupid and Psyche (with composer Jihwan Kim, Drama Desk nomination), Little Women (Syracuse Stage, Village Theater), Love and Real Estate (with composer Sam Davis) and Snow (ASCAP Harold Arlen Award for Best New Musical.) His works for television include the Disney Channel’s The Book of Pooh and Bear In the Big Blue House. His works for children include Number The Stars (from the Newbury Medal book by Lois Lowry), Sunshine (from a book by Ludwig Bemelmans, music by John O’Neill) and Vashti!, and Holy Moses! (both with books by Bob Kolsby.) He teaches at Special Music School, One Day University and Lucy Moses School.

Chisa Hutchinson's award-winning plays, which include She Like Girls, The Subject, Dead & Breathing, Surely Goodness and Mercy and Somebody’s Daughter among many others, have been presented by such venues as Atlantic Theater Company, Primary Stages, City Parks’ SummerStage, the National Black Theater, the Contemporary American Theater Festival and Second Stage Theater. She’s been a Lark Fellow, a Dramatists Guild Fellow, a New York NeoFuturist, Resident Playwright at Second Stage, and a staff writer for the Blue Man Group.  She is also a member of New Dramatists. Currently, she’s gearing up for two productions in NYC, one of a play commissioned by Audible, and working on several film projects. She anticipates the final cut of the screen adaptation of her play, The Subject, any minute now. chisahutchinson.com

Craig Lucas’s plays include Missing Persons, Reckless, Blue Window, Prelude to a Kiss, God’s Heart, The Dying Gaul, Prayer For My Enemy, The Singing Forest, Ode To Joy and I Was Most Alive With You. Screenplays include Longtime Companion(Sundance Audience Award), The Secret Lives of Dentists (NY Film Critics Best Screenplay Award), Reckless, Blue Window and The Dying Gaul. Libretti include The Light in the Piazza, Two Boys, Orpheus in Love, Three Postcards, and An American in Paris. He directed the world premiere of The Light in the Piazza, Saved Or Destroyed, Play Yourself and the films The Dying Gaul & Birds of America. He received the Excellence in Literature Award from the American Academy of Arts & Letters, the Madge Evans-Sidney Kingsley Award, the Laura Pels/PEN Mid-career Award, the Greenfield Prize, LAMBDA Literary Award, Hull-Warriner Award, Flora Roberts Award, Steinberg/ACTA Best Play Award (The Singing Forest). He has three Tony nominations.

Dan M​essé is the founder/principal songwriter of the band, Hem. In 2009, The Public Theatre tapped Hem to score Twelfth Night for Shakespeare in the Park (starring Anne Hathaway and Audra McDonald, dir. by Daniel Sullivan), for which they were nominated for a Drama Desk Award. Meesé is thrilled to be working again with Craig Lucas. In 2017, their last musical, Amélie, premiered on Broadway after successful runs at the Berkeley Repertory Theater, and the Ahmanson Theater in Los Angeles.

Ana Nogueira is a screenwriter, playwright and actor living in Brooklyn, New York with her husband and her dog, Leo McGarry. For the last decade she has bounced around from performing in musicals, plays, television and film, to writing for both the stage and screen. Her play Empathitrax received its New York premiere production in 2016 with the critically acclaimed theater company Colt Coeur. It is currently being developed into a film with Berlanti Productions. She is the recipient of a 2016 Sloan Grant for her play exploring the impact of epigenetics on Post Traumatic Stress Disorder and a 2017 Elizabeth George Emerging Playwrights Commission at South Coast Repertory. Her plays have been developed at Ensemble Studio Theater, SPACE on Ryder Farm, Second Stage Theater, The New Group and Barrington Stage Company. As a screenwriter, ​she has written for both Amblin and Fox and is currently developing a pilot with Amazon Studios.

Aditi Brennan Kapil is a television and theatre actress, writer, and director. She is of Bulgarian and Indian descent, and was raised in Sweden prior to moving to Minneapolis, and more recently Los Angeles. Current projects include Season 2 of American Gods on Starz, a new play titled 1933 commissioned by La Jolla Playhouse, two commissions with Oregon Shakespeare Festival (translation of Shakespeare's Measure for Measure, and an American Revolutions piece tentatively titled Pax Americana), and an as yet untitled commission with Audible. Most recently, in the 2016/2017 season, Aditi premiered Orange (commissioned by South Coast Repertory) at Mixed Blood Theatre and at South Coast Repertory, andImogen Says Nothing (commissioned by Yale Rep) at Yale Repertory Theatre. Both are now available through Sam French.