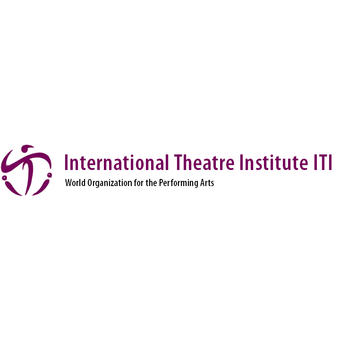 ITI has now developed into the world’s largest organization for the performing arts, with more than 90 Centres spread across every continent.

Every two to three years the members of the International Theatre Institute meet at the ITI World Congress, in a different city, on the invitation of the Centre of the country. The hosting Centre invites delegates of the members of ITI—the Centres and the Cooperating Members. Members of the ITI/UNESCO Network for Higher Education in the Performing Arts, theatre, dance, circus and music partner organizations of ITI, performing artists, educators and trainers, politicians, World Theatre Ambassadors as well as leaders of UNESCO, the UN and other international organizations are welcome to attend the Congress—any persons related with the performing arts and/or ITI may be invited as guests or as observers to the Congress.

Special thanks to ITI Spain and Universidad Rey Juan Carlos for the technical support for this livestream.

About ITI
ITI was created on the initiative of the first UNESCO Director General, Sir Julian Huxley, and the playwright and novelist JB Priestly, in 1948, just after the Second World War. This was the beginning of the Cold War, when the Iron Curtain divided East and West. The aim of the founders of ITI was to build a cultural organization for the performing arts that was aligned with UNESCO’s goals on culture, education, the arts, mutual understanding and peace. It should focus its endeavors on improving the status of all members of the performing arts professions. They envisaged an organization that created platforms for international exchange and for engagement in the education of the performing arts, for beginners and professionals alike, as well as using the performing arts for mutual understanding and peace.

ITI has now developed into the world’s largest organization for the performing arts, with more than 90 Centres spread across every continent. For more information about the International Theatre Institute ITI, please visit the website.

About HowlRound TV
HowlRound TV is a global, commons-based peer produced, open access livestreaming and video archive project stewarded by HowlRound, a knowledge commons by and for the theatre, arts, and cultural community. The channel is at howlround.tv and is a free and shared resource for live events and performances relevant to the world's live arts fields. Its mission is to break geographic isolation, promote resource sharing, and to develop our knowledge commons collectively. Follow and use hashtag #howlround in Twitter to participate in a community of peers revolutionizing the flow of information, knowledge, and access in our field. Our community uses the Creative Commons Attribution 4.0 International License (CC BY 4.0). You can become a producer and co-produce with us. Learn more by going to our participate page. For any other queries, contact @HowlRound on Twitter, email tv@howlround.com, or call Vijay Mathew at +1 917.686.3185 Signal/WhatsApp. View the video archive of past events.