An artist talk with Tadashi Suzuki 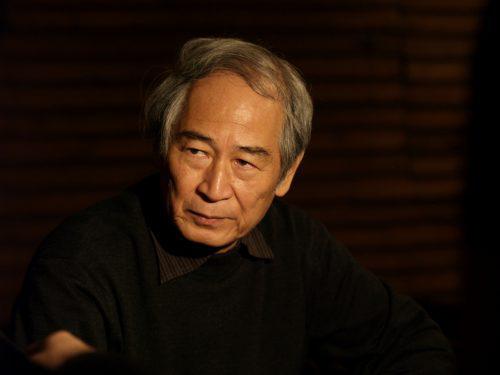 Suzuki (born 1939 in Shimizu) is a theatre director, writer, and philosopher working out of Toga, Toyama, Japan. He is the founder and director of the Suzuki Company of Toga (SCOT), organizer of Japan’s first international theatre festival (Toga Festival). With director Anne Bogart he co-founded the Saratoga International Theatre Institute in Saratoga Springs, New York. He is the creator of the Suzuki Method of Actor Training. In conversation with Kameron Steele (editor and translator of Tadashi Suzuki’s Culture Is the Body) and Frank Hentschker.

Tadashi Suzuki will present his 2016 Theatre Olympics version of his 1986 signature work The Trojan Women in a rare performance at Skidmore College in upstate New York as part of the Transformation through Training: Symposium on the Suzuki Method of Actor Training, taking place May 31 – June 3 at Skidmore College in Saratoga Springs, NY.
Please visit www.siti.org/symposium2017 for more information.
Questions? Contact SITI at [email protected].

Tadashi Suzuki is the founder and director of the Suzuki Company of Toga (SCOT) based in Toga Village, located in the mountains of Toyama prefecture. He is the organizer of Japan’s first international theatre festival (Toga Festival), and the creator of the Suzuki Method of Actor Training. Suzuki also plays an important role with several other organizations: as General Artistic Director of Shizuoka Performing Arts Center (1995~2007), as a member of the International Theatre Olympics Committee, as founding member of the BeSeTo Festival (jointly organized by leading theatre professionals from Japan, China and Korea) and as Chairman of the Board of Directors for the Japan Performing Arts Foundation (2000~2010), a nation-wide network of theatre professionals in Japan.

Suzuki’s works include “On the Dramatic Passions”, “The Trojan Women”, “Dionysus”, “King Lear”, “Cyrano de Bergerac”, “Madame de Sade” and many others. Besides productions with his own company, he has directed several international collaborations, such as “The Tale of Lear”, co-produced and presented by four leading regional theatres in the US; “King Lear”, presented with the Moscow Art Theatre; “Oedipus Rex”, co-produced by Cultural Olympiad and Düsseldorf Schauspiel Haus; and “Electra”, produced by Ansan Arts Center/Arco Arts Theatre in Korea and the Taganka Theatre in Russia.

Suzuki has articulated his theories in a number of books. A collection of his writings in English, Culture is the Body is published by Theatre Communications Group in New York. He has taught his system of actor training in schools and theatres throughout the world, including The Juilliard School in New York and the Moscow Art Theatre. Also, a book written on Suzuki titled The Theatre of Suzuki Tadashi is published by Cambridge University Press as part of their Directors in Perspective series, featuring leading theatre directors of the 20th Century. This series includes works on Meyerlhold, Brecht, Strehler, Peter Brook and Robert Wilson among others.
Not just one of the world’s foremost theatre directors, Suzuki is also a seminal thinker and practitioner whose work has a powerful influence on theatre everywhere. Suzuki’s primary concerns include: the structure of a theatre group, the creation and use of theatrical space, and the overcoming of cultural and national barriers in the interest of creating work that is truly universal. Suzuki has established in Toga one of the largest international theatre centers in the world. Surrounded by the beautiful wilderness of Toga, the facility includes six theatres, rehearsal rooms, offices, lodgings, restaurants, etc.

Suzuki’s activities, both as a director creating multilingual and multicultural productions, and as a festival producer bringing people from throughout the world together in the context of shared theatrical endeavor, reflect an aggressive approach to dealing with the fundamental issues of our times.

Kemeron Steele In 1991, Kameron Steele joined Tadashi Suzuki’s SCOT company in Toga, Japan where he has since worked as an actor, assistant director, teacher and translator, appearing in KING LEAR,  IVANOV, and DIONYSUS among others.  From 1998-2007, Mr. Steele also worked at Robert Wilson’s Watermill Center, appearing in Wilson’s touring productions of PERSEPHONE, WOYZECK, THE DAYS BEFORE and the title role in PROMETHEUS.  In 2003, Steele formed The South Wing (alaSur) with Argentinean director Ivana Catanese.  Since then their work has been seen regularly in Argentina and in NYC at HERE Arts Center, Japan Society, Prelude Festival, PS122, LMCC, LIU and the Watermill Center. Steele is currently a guest lecturer at Williams College, where he directed Caryl Churchill’s THE SKRIKER last fall. He also leads the summer training program in Toga for SCOT.  His translation of Tadashi Suzuki’s CULTURE IS THE BODY was published by TCG in August, 2015. BFA: Northwestern   MFA: CalArts