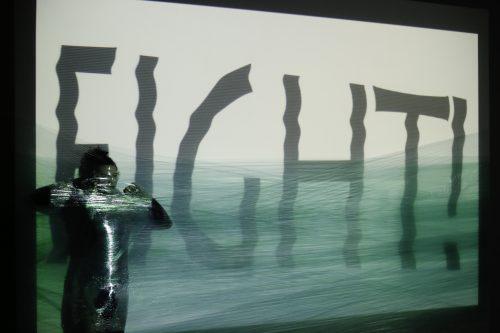 Inspired by the tragic events and continued inaction in Puerto Rico, the Segal Center invites theatre and performance artists from Puerto Rico to speak about their artistic practices and how these have been impacted by Hurricane María. The evening will feature presentations, demonstrations, as well as an open forum to discuss the current state of performance and politics on the island. Invited artists and panelists include: Isel Rodríguez (Teatro Breve), Helen Ceballos (Mezcolanza), Kairiana Núñez (Mezcolanza), Mickey Negrón (Mezcolanza), and Libertad Guerra (Loisaida Center). The event will be moderated by Bertie Ferdman.

Helen Ceballos studied at the University of Puerto Rico and the National University of Art in Buenos Aires. She created Mezcolanza, a hybrid and multidisciplinary arts collaborative with artists from the United States, Latin America, and the Caribbean. Helen directs the House of Culture Ruth Hernández Torres and chairs the board of the Casa de Mujer Dominicana in Puerto Rico.

Libertad O. Guerra is the Acting Director and Chief Curator of the Loisaida Inc. Center. Her publications include essays in The Journal of Aesthetics and Protestand in the edited volume New York-Berlin: Kulturen in der Stadt. In 2015, she organized ¡Presente! The Young Lords in New York at Loisaida Inc. Cultural Center.

Mickey Negrón trained at the University of Puerto Rico and has performed across the Americas, including collaborations with Rosa Luisa Márquez, Nao Bustamante, Guillermo Gomez Peña/La Pocha Nostra, Jóvenes del 98, Malayerba, and Yuyachkani. He is the Artistic Director of Asuntos Efímeros and curator of Quiebre: International Performance Festival in San Juan Puerto Rico.

Isel Rodríguez is a member of the comedy collective, Teatro Breve, where she created Luna y Vecky—a hipster band that play hilariously irreverent-but-catchy songs, and Las monjas del cannabis, a pair of marijuana-dealing nuns. She has a Ph.D. in Theatre and Performance from ASU, an M.A. in Theatre Education from NYU, and teaches theatre in the Drama and English Departments at the University of Puerto Rico.

Kairiana Núñez Santaliz has a BA from University of Puerto Rico (UPR) and has studied acting in Latin American and the Caribbean. Her work centers on themes of death, autobiography, colonialism, the situation in Puerto Rico, dogs, and dreams, among others. She always uses humor and poetry as active agents in her creative process.