The Future of Crowdfunding for Theatre Artists of Color 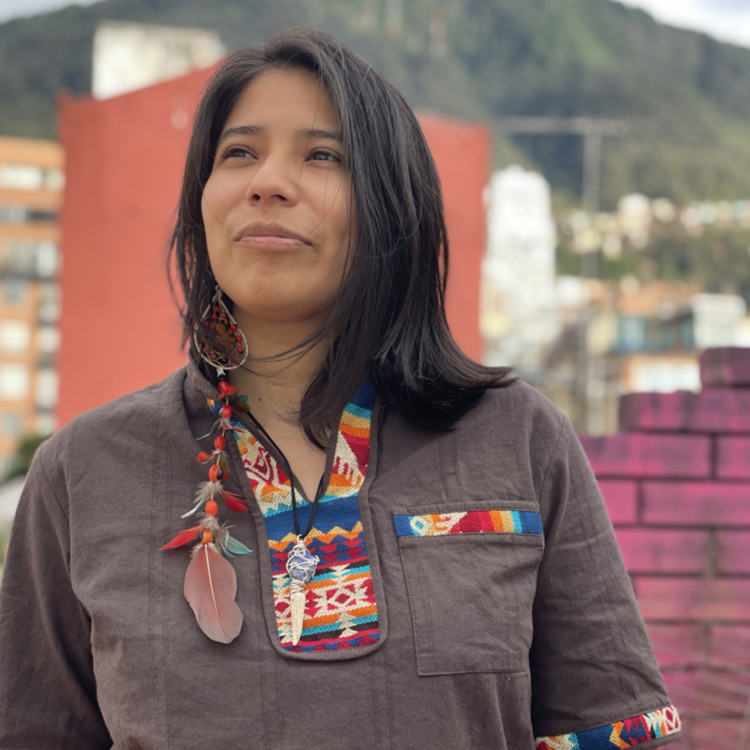 Inspired from a conversation with The Movement Theatre Company after their historic #25kin25days campaign for Aleshea Harris’ What To Send Up When It Goes Down, Advancing Arts Forward has teamed up with HowlRound Theatre Commons for a panel on the future crowdfunding in the theatre. The panel includes a staff member who works with arts projects at Kickstarter and theatre artists/producers who crowdfund using other platforms such Drip and Patreon. With a panel of theatremakers of color, we will also be holding space to discuss new opportunities that crowdfunding may offer along with what it means to be fundraising for the arts as a person of color.

Jessica Massart, Senior Performance Lead at Kickstarter — As Senior Performance Lead at Kickstarter, Jessica Massart oversees theater, dance, and performance-at-large. Part of her role is to ensure artists and organizations are prepped for success on Kickstarter while advocating for their needs, as well as the larger needs of the field, within the company. “Crowdfunding to me is an extraordinary opportunity to own your message and connect with your audience. For artists working in performance, often both of those things are handled by a presenting or producing organization. Here’s a moment to tell your story precisely how you want it. At the end of the campaign, that can lead to more buzz for your work and deeper connections with your community. It’s really a chance to celebrate the work you do.” Connect here.

Eric Lockley and Deadria Harrington, Producing Artistic Leadership Team Members at The Movement Theatre Company — The Movement Theatre Company creates an artistic social movement by developing and producing new work by artists of color. The Movement's work engages audiences in a rich theatrical dialogue, enlightens communities to the important issues affecting our world, and empowers artists to celebrate the many sides of their unique voice. The Movement Theatre Company completed an historic #25kin25days crowdfunding campaign using Kickstarter in 2018 for their production of WHAT TO SEND UP WHEN IT GOES DOWN written by Aleshea Harris and directed by Whitney White with 343 backers who pledged $26,499. WHAT TO SEND UP WHEN IT GOES DOWN is a community ritual created in response to the deaths of Black people as a result of racialized violence. As lines between characters and actors, observers and observed blur, a dizzying series of vignettes build to a climactic moment where performance and reality collide, highlighting the absurdity of anti-blackness in our society. Through facilitation and dialogue we must decide how to cope, resist and move forward. Connect here.

Kit Yan of Kit Yan & Melissa Li, Co-Creators of Interstate — Kit Yan and Melissa Li are the writers and producers of Interstate, a new musical that debuted in a sold-out, extended run at the New York Musical Festival (NYMF) in July 2018. They have been a duo since 2008, touring the country as the band Good Asian Drivers; Kit is a spoken word artist and Melissa is a singer-songwriter. In 2013, they began to develop Interstate, which tells the story of a queer Asian American band on their first cross-country tour and how they inspire a South Asian trans teen in Kentucky. For this project, the artists were nominated for 7 NYMF Awards for Excellence and won 5 awards, including Outstanding Lyrics and a Special Citation for Representation & Inclusion. Now that their NYMF run is over, Kit Yan & Melissa Li crowdfund using Drip currently with 22 subscribers and a $201 monthly income. Subscribers’ monthly support helps them: "1) Develop Interstate and find our next home for a full production! 2) Continue to create new musical theater that helps put women, POC, LGBTQ, and underrepresented communities onstage and backstage.” Connect here.

Paul S. Flores of We Have Iré — Paul S. Flores is a theatre maker opening the door for empathy and action with docu-theater drawn from real life and the words of real people. His newest project, We Have Iré, is a multidisciplinary theater project that focuses on the lives of Cuban-American artists and the influence of Afro-Cuban traditions today. We Have Iré combines spoken word and theater from Flores, live jazz music from Yosvany Terry, modern dance from Ramon Ramos Alayo, and hip-hop beats from DJ Leydis. The show also highlights the triumph of immigrant Latinos as they find success through hard work and “iré,” the Lucumi condition of being blessed with a positive energy. Flores is particularly excited to share his story of investigating his personal and family connection to Cuba, the place where his grandmother was raised. We Have Iré crowdfunds using Patreon currently with 21 patrons at $522 per month. This monthly individual donor base helps meet development costs in real time to produce the premiere of the production in May 2019 at Yerba Buena Center for the Arts in San Francisco, and later at Pregones/Puerto Rican Traveling Theatre in New York City, before a scheduled tour in 2020 to Miami Light Project in Miami, GALA Theatre in Washington DC, MECA in Houston, MACLA in San Jose, and Los Angeles Theater Center. Connect here.

Viviana Vargas, Founder of Advancing Arts Forward — Viviana “Yura Sapi” Vargas Salvatierra is a two-spirit, indigenous Latinx artist, activist and arts manager. They work with others who are passionate about changing the world specifically through the medium of storytelling and by creating liberated spaces that uplift marginalized voices and experiences. They manage Advancing Arts Forward, a movement to advance equity, inclusion and social justice through the arts. Connect here.

Is there any concern or ways to avoid over exhausting grassroots donors with campaigns?

Is anyone considering cryptocurrencies or using the blockchain as a way to gather funds, goods, and services in support of their art?