Livestreaming Conscience Under Fire by a Military Veterans Collective 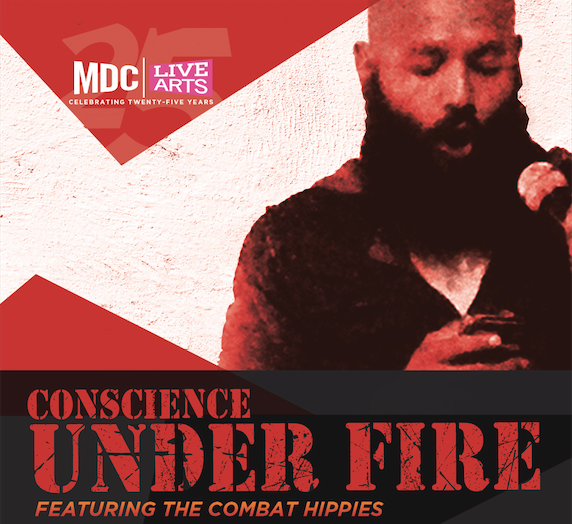 On the anniversary of 9/11, a collective of local veterans take the stage in an original spoken word theater piece that is both powerful and humorous.

This fully-staged theatrical production is a commissioned work that grew out of an MDC Live Arts creative writing lab for veterans. Direction by local theater artist Teo Castellanos and DJ accompaniment by Brimstone 127.The show, which features group and solo work, speaks to the vets’ process of transforming Post Traumatic Stress into Post Traumatic Growth.