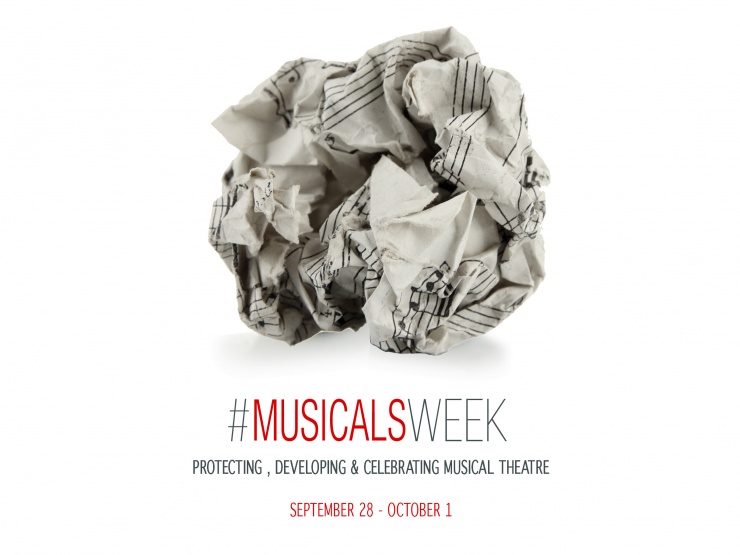 The four-day event will feature nightly panels with industry professionals tackling topics that explore the promotion, development, diversity, and future of musical theatre.

#MusicalsWeek will also be hosting a Twitter chat with NAMT on Thursday, October 1 from 2pm-3pm EDT (New York) on New Forms of Musical Theatre. Follow #HowlRound to join in.