A World Premiere Musical in American Sign Language and in English 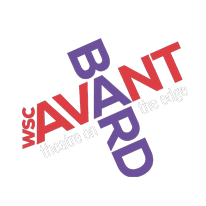 The performance will be followed by a discussion with members of the creative team. In Twitter, use #howlround.

Visible Language is a world premiere, Helen Hayes Award Recommended© musical with book and lyrics by Mary Resing and music by Andy Welchel. Performed in American Sign Language and English, the show tells the true story of the 1890s culture war when two powerful and egotistical men—Alexander Graham Bell and Edward Miner Gallaudet—clashed over how the Deaf should be taught to communicate. The outcome of that contest, vividly dramatized in sign and song in Visible Language, changed the life of every Deaf person in America.

The performance runs about one hour 50 minutes, after which there will be a discussion with members of the creative team.

Visible Language is directed by Tom Prewitt with musical direction by Elisa Rosman. Complete credits and cast and creative/production team bios can be found in the Visible Language program, which can be downloaded as a PDF available here.

SETTING
Various locales around Washington, DC, during a week and a half in the 1890s.

Prologue: A busy Washington, DC, street corner, “What Did You Say?” (Company)

Scene One:  U.S. House of Representatives Committee Room, “Give Me a Sign” (Company)

Scene Seven: An office in the Washington Post building

Scene Ten: The Bell household, “I Have My Own World” (Helen Keller & Company)

Scene Fifteen: The Geographic Society meeting at the Bell house

Finale: “I Want to Communicate” (Company)

Choreography for “I Want to Communicate” | Kriston Pumphrey