WELCOME TO OUR SPACE? A Town Hall on Audience Interactions 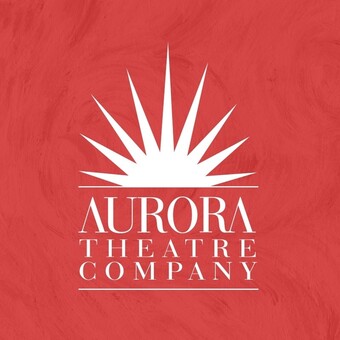 Join Aurora Theatre Company in partnership with Shotgun Players, Theatre Bay Area, Z Space, and Calling Up Justice for a town hall-style conversation on how theaters and theatergoers can create a more welcoming and inclusive theatre-going culture in the Bay Area. Panelists Claudia Alick, Leigh Rondon-Davis, and Sean San José will discuss the ways in which both organizations and patrons contribute to the performance around the performance. How and why are some theatergoers made to feel unwelcome in theatre lobbies and even in their seats? Why are these moments of ableism, racism, gender discrimination, or age discrimination so common? What is a microaggression? Do microaggressions really happen in liberal Berkeley? (Spoiler alert: Yes, they do!) How can we all work together to help decrease the incidence of oppressive behaviors that take place in public spaces? Be a part of the conversation, the culture shift, and the positive change we want in Bay Area theatre.

Claudia Alick (she/her/they) is a performer, producer, and inclusion expert. Named by American Theater Magazine as one of 25 theater artists who will shape American Theater in the next 25 years, Alick has served as the founding Artistic Director of Smokin' Word Productions, is a NY Neofuturist alum, published playwright, recipient of NYC Fresh Fruit directing award, TedXFargo speaker, the Lilla Jewel Award for Women Artists, featured on HBO’s Def Poetry Jam and former Community Producer at the Oregon Shakespeare Festival. She is currently the executive producer of the transmedia social justice company CALLING UP.

Sean San José (he/him) is happy to be part of a discussion dealing with creating open spaces and addressing the ever-present issues of “whyte” supremacy. San José is part of the group Campo Santo--a local, new performances company for people of color, which he has been part of since its inception in 1996. Campo Santo recently premiered Richard Montoya's Translating Selena at Brava Cabaret in San Francisco, and will next premiere Star Finch's new play, Side Effects, at African American Art and Culture Complex, also in San Francisco.

Leigh Rondon-Davis (they/them) is a performer, visual artist, and dramaturg from both New York City and the Bay Area. They attended Wellesley College and was a member of Oakland's Laney College Fusion Theatre Project. Rondon-Davis’ stage credits include Crowded Fire Theater, Cutting Ball Theater, FaultLine Theater, Variance Festival, The Curran, and Magic Theatre, Shotgun Players, and Ubuntu Theater Project. They currently work for and is a Company Member at Ubuntu Theater Project in Oakland and Shotgun Players in Berkeley.