He Said, She Said

The Process of Distillation

Raelle said, “You're smarter than the play you're writing.” Neal said something profound and God-fatherly, like the Yoda of the Art World that he is. Pam said, “These are your darlings but they must go. Show, don’t tell.” Which Sherri probably said, too, after she told me it could be a radio play… if after all I didn’t figure out how to write a stage play. Just like when Pam told me that would be great for the novel. But it ain’t meant for the stage baabay. Maritza told me my story was her story. Which I heard as, “see it through.” Craig told me it would take years of training to write a play. Which I heard as, “you can’t do it.” I didn’t listen to Craig.

Then Emilie introduced me to Katori and Tarrell and Marcus and minimalism. Told me all the cool kids in New York were doing it. And if I really wanted to be up on game, I had to check them out. So I did. And then Marcus showed me magic. And funny. And poetry woven into a script like a dazzling thread seamlessly strung into an already eye-capturing fabric. Tarrell gave me minimalism… and more magic. Words that floated ideas on the page, soft as morning dew and mysterious as the bayous they depicted. Never quite caught up to Katori, but that’s just more fuel for later. After the vehicle has been parked for a while. And I get the need to rev it back up again. Won’t be long…

When I first approached the DISTILLERY, I was a few months into writing my first stage play. The DISTILLERY is an artist residency in New Orleans that had its first run this past summer. It accepted over fifty applications from area artists of various genres; four were accepted, including me. Rooted in a story very personal to me, I was propelled into the unknown by my passion for the subject matter, as well as the dire need to release my voice on it. Playwriting is a new genre for me. I have been a poet, MC, actor, and a writer for devised theatre for over a decade now, but have never really dabbled in this genre as a solo writer. But a story of racially charged tension in the world of academia set in my dear darling NOLA’s post-Katrina gentrified milieu was one that required tools that none of my former genres had availed me. I couldn’t sum it up in a poem, essay, or rap—nothing short of an entire album would have sufficed. Besides, these are such marvelously dramatic times we’re living in, I thought the theatre was the only place that could do this narrative justice. There’s just something irrevocably powerful about this particular medium that makes people see themselves, and sit in the room with themselves—and each other. I think that alone makes theatre a possible catalyst for change that none of my other mediums could ever be.

So I picked up a pen and had faith that the rest would fall in place. And like it so often does in New Orleans, the perfect storm assembled, in the form of the DISTILLERY Artist Residency opportunity. Because of it, every name I have mentioned offered tutelage and guidance, there were several audience members that it put my work in front of, and there were artists from around the city that it put me in conversation with. For the three months that the residency took place, I was granted access to New Orleans’ esteemed Contemporary Arts Center as my playground. It was there that I shared my vision with my cast members. Gave them sixty pages of script as they gave me their time. And we put together an ensemble of actors that changed from month to month, revolving through Theatre of the Oppressed workshops, Story Circles, and at least a bit of sweat and tears before we ever brought the work to the stage. But the end result was always an impactful presentation on those “Swap Meet” summer nights at the CAC, where my crew and the crews assembled by the other three residents would present our works-in-progress to a crowd of around 150. 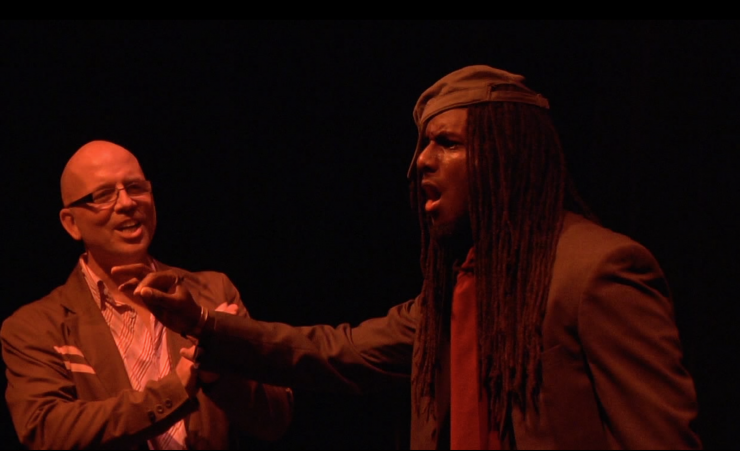 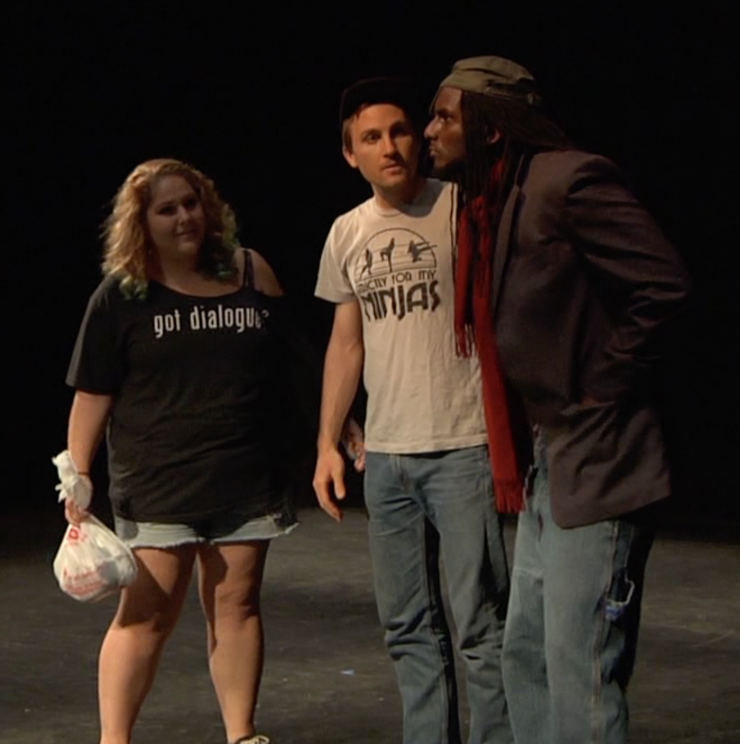 I presented a new snippet of the play each month. Every presentation was different. Yet the feedback was always similar. First, the final scene ends. Then, the room goes cold. An invisible brick wall rises. A silence you could cut with a knife. It was as though the room of primarily young transplants sprinkled with a few natives and elders had momentarily lost its tongue. And then… “I don’t know, but the characters you depicted felt like caricatures… they didn’t feel real.” Some white lady. “It was… negative.” Some white lady. “I wanted to connect to the work but I couldn’t understand what the main character was saying.” Usual suspect. 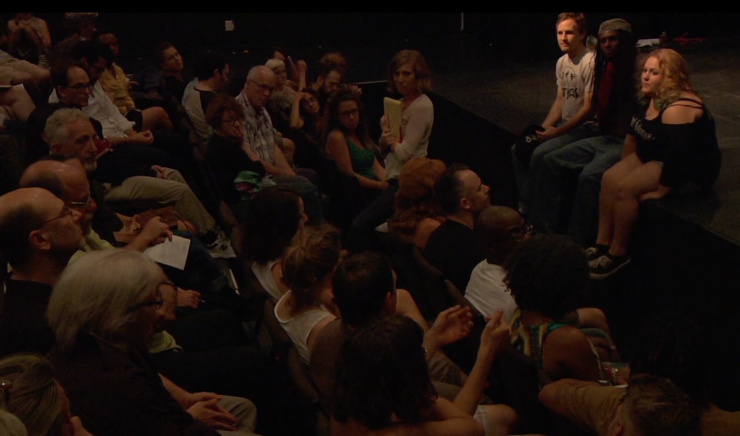 Then, a lone brown hand of some flyboy or girl in the buttermilk emerges. “Actually, I connected with everything the character was saying. And even what he wasn’t.” Another brown hand rises. “Yeah, it was like the character’s personality was shaped by his silences through all the micro aggressions.” And another, “Yesss! I’ve sooo been in that room before and been that guy.” And that last comment was said by both black and white. Though the white one came to me after the show to whisper it to me personally. And wasn’t the only one who preferred that method of communication. So there it was—a polarized room. Success…?

When dealing with sensitive subject matter, it’s to be expected that people will react viscerally, or not at all. And quite often the latter to upend the former. So the challenge became receiving feedback that didn’t limit my soundboard to the biases of others. And that’s where the Saturday talkbacks with the DISTILLERY fellows and mentors came in. And the collaborations with artists that the residency connected me with. That’s where I could form a pattern of the feedback. Listen to it where it made sense or was too recurring to ignore. Throw it out where it didn’t. All in all, my biggest takeaways are from Jeff and Hal, who told me I’m going in the right direction, so just keep pushing.  And that’s exactly what I intend to do.

Quess,We'd like to interview you for the Louisiana Anthology Podcast (http://louisianaanthology.b...If you are available for a phone interview, please let me know at [email protected]. Thanks,Bruce

Thanks for the publish HowlRound... Emma... Emilie