How to Have a Happy Fight Call

A Guide for Directors, Stage Managers, and Fight Captains 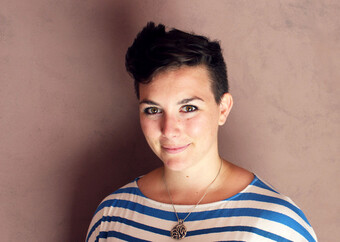 The time has come. The punches have been knapped and all the falls are safe. Now it is time to work those fights until we know them in our bones. Fight call is upon us. You excited about it? I am.

Before we start swinging at each other, a few tips, tricks, and reminders:

Fight call is the time to check in with performers about how things went last night and to address any problems from the previous rehearsal or run. Checking in with the performers can be as simple as asking, “Are there any concerns or questions from last night?” The actors need to check in with their fight partners (“How did that grapple sequence go for you last night?”) and tell you about any concerns they are having (“So and so is actually pulling my hair, even after I let them know. Can you talk to them?”).

Prior to the run of a show, or the attempted run of a show in rehearsal, there needs to be a full fight call. A fight call means that fights are run in the same order (either chronologically or by some other designation) every time. If an isolated scene with a fight in it is being run in rehearsal, warming up just that one fight is okay, but it benefits the production and the performers to run the whole call as many times as possible.

Don’t cut fight call to save time. It will make your life harder in the end. I promise.

Each fight must be run through at least twice prior to any run of a scene or piece. And then swings and understudies need to do it twice as well. I know it takes longer than the director might like, but calling an ambulance and filling out paperwork about a broken wrist takes longer. Don’t cut fight call to save time. It will make your life harder in the end. I promise.

If there are weapons, they need to be checked every single time you run fights. Talk to the fight director to learn how to check the specific weaponry for any show. The stage manager and fight captain check them and then the actors also need to check them. Look for loose screws, wobbly blades, or sharp metal burrs that have developed during previous use. Notify the person maintaining the armory of any repairs that need to be done. Build weapons check into fight call so it becomes a regular part of the pre-show routine.

(On that note, the pointy, blunt, or otherwise smashy things are weapons. I know the props master might be the person that brought them to you, and they are wonderful for that, but call them weapons, especially around the actors. It’s a safety thing. A rubber chicken is a prop. A sword or a bat is a weapon. And just as actors shouldn’t handle each other’s props, they also shouldn’t handle anyone else’s weapons.)

Fights are never, ever run in fight call at “full speed.” Full speed is a dangerous thing to say to actors because what they hear is “go fast.” That is when hospital trips happen. The fastest a fight should ever happen is at 3/4 the speed it would happen if it were a “real” fight. The slower pace helps the audience follow what is happening and keeps the actors safe.

Half-speed doesn't mean half-fighting. Never mark-through (or only sorta-do) any fight. It helps form bad habits and doesn’t actually warm up the fights and keep them shiny. Fully acting the fight allows the actors to reinvest in the circumstances of the violence. That schmacting/acting of the fight is what makes the fights seem dangerous.

Fights need to be run in show shoes, gloves (if there are swords involved) and may require wearing any and all restrictive costume pieces. That includes skirts, capes, jackets, and any headwear or large wigs. In a perfect world, fights would always be run in full costume. Often, that is not a feasible option unless everyone is on board for an hour long fight call, and no one has time for that. If you can get into costume, do it, otherwise, the actor’s street clothes and show shoes (and gloves) will probably work just fine.

Nicknaming fights can be helpful for both actors and crew. “Act Two Scene Four” loses all meaning in a show with more than three fights. “Strangle Time,” “Bar Fight,” and “The Big Stair Drag” might be a lot clearer, so if you can, name the fights and start calling them that soon after they are choreographed. It helps everyone, including yourself, remember what the heck is supposed to happen.

Encourage the fighters to make lots of vocal noise during fight call. It serves as a friendly reminder to breathe and helps keep the fighters from letting loose a war cry or hulking-out and throwing off their fight partner in the run.

Fight call is fun, but it can be really dangerous if performers are messing around. Use your “outside voice” to stop the nonsense, if need be.

If there is an issue with the choreography or an injury, say, “Hold,” figure out what went awry, then go back and work through from the beginning at half speed.

Here’s a way to talk through the fighting part of fight call to make it safe for everyone. The ritual, or routine, keeps everyone focused and safe.

Fight call. Please clear the stage. Quiet in the house.

(Name of Fight). Half speed, full focus. Whenever you are ready.

Wait for a question. Sometimes it takes a second.

If there are problems, address them. If you aren’t sure how, call the fight director.

Whenever you are ready.

If there are no questions, move on to the next fight. Same procedure, same order. It doesn't matter if it is a single slap or a twenty person armed brawl with broadswords.

Now, go fight. And have a happy fight call.

Thank you! Will be applying this to dance lift call.

A Manifesto for Staging Gendered Violence

Sharanya shares her thoughts on restaging gendered violence, including how the representation of sexual violence has the power to be scripted and also to script, the importance of de-spectacling violence, and more.

The Closed and Open Door

One of the stereotypes about the post-Grotowski Polish ensemble theaters is that their processes are rigidly closed and their rehearsal rooms are treated like devotional spaces. There is often a way through a more closed door, but you may have to put on your sweatpants.

Stage combat is the art of creating the illusion of violence for the sake of storytelling. Some illusions are easier and/or less expensive than others. One thing I’ve found myself saying many times is that the difference between one character pulling a knife on another versus breaking a bottle and threatening to attack them with the broken base is hundreds of dollars.