If You Don’t Have Anything Nice to Say, Say it Anyway | HowlRound Theatre Commons Skip to main content

If You Don’t Have Anything Nice to Say, Say it Anyway

I used to be stoic about street harassment. Ignoring it, I was sure, was the safest and most effective strategy. Eyes forward, head down. Mouth closed.

I don’t remember the moment things shifted. All I know is that one day, I opened my mouth.

It wasn’t always…eloquent. But I wasn’t trying to end patriarchy or teach him the error of his ways. What I was really saying, every time, was: these streets belong to me, too. 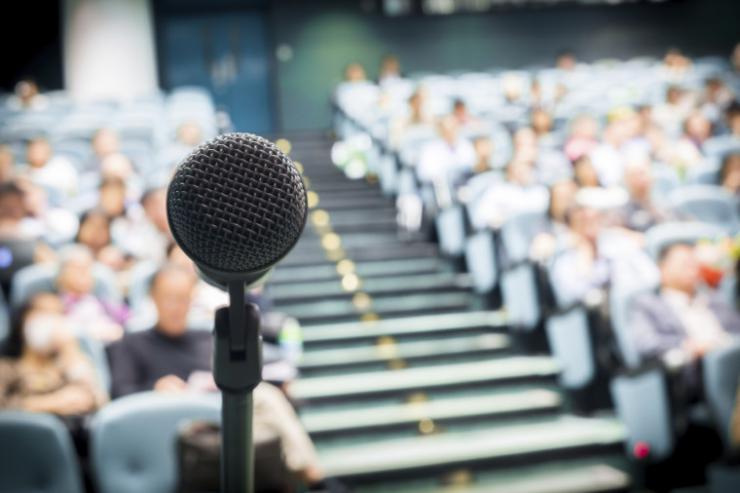 Silence was no longer an option.

When you’ve been the one under attack, what do you wish your peers had done?

In artistic spaces—seminars, talkbacks, conferences, rehearsal rooms—these confrontations tend to be subtler. But the problem of who feels empowered to speak persists.

We’ve all been there. Something happens that makes your shoulders tense up. A racist remark, a sexist comment. Garden-variety rudeness. Something wrong. Do the other people in the room challenge the statement? Support the target? Change the subject?

Or, what usually happens: nothing. Everyone keeps quiet.

Take the quiz below. Recognize yourself?

1. Grad school professor responds to a female classmate’s work with “Good girl!” You…

a)     Suggest to your prof that that’s not the best form of feedback. Apologize immediately afterwards.

c)     Say zilch but check in with classmates later: “Did you hear that? That was not cool, right?”

2. There’s one POC in the room. The workshop leader identifies them (and no one else) by their race. You…

c)     Are not the one POC in the room. You think about saying something, but decide you don’t want to make it “about you.”

d)    Are the one POC in the room. You address the workshop leader directly, because no one else will.

3. Your friend defends the professor’s racist comments because she’s “really old.” You…

4. A distinguished guest artist, while responding to a playwright in a public forum at a national theatre conference reduces the protagonist to a sexist trope that dismisses the actual content and themes of the play. You…

c)     Clearly contradict that interpretation and affirm the playwright’s intent.

5. A member of your workshop, when pressed to describe his protagonist’s personality, says she’s “beautiful”:

a)     Explain that “beautiful” is not a personality trait.

b)    Explain that “beautiful” is not a personality trait.

c)     Explain that “beautiful” is not a personality trait.

6. A writer of color presents a script in which white characters behave laughably or shamefully. White responders describe this as “satire” and encourage the writer to be more “honest” or “empathetic.” You…

a)     Agree. Maybe those characters had economic anxiety!

b)    Think that’s kinda off-base, but whatever.

d)    Engage. Force the issue. “Is this about the writer’s lack of empathy, or white audience’s discomfort with confronting whiteness?”

7. Somebody—panelist, instructor, random audience member—pans the play to the writer’s face, offering no critique other than their personal distaste. You…

a)     Say something positive about the play. Even if it had flaws, even if you weren’t that into it. We’re all in this together.

I’ve done…oh, almost all of these. The seething, the sighing, the silent righteousness. I am the Queen of making a weird face. 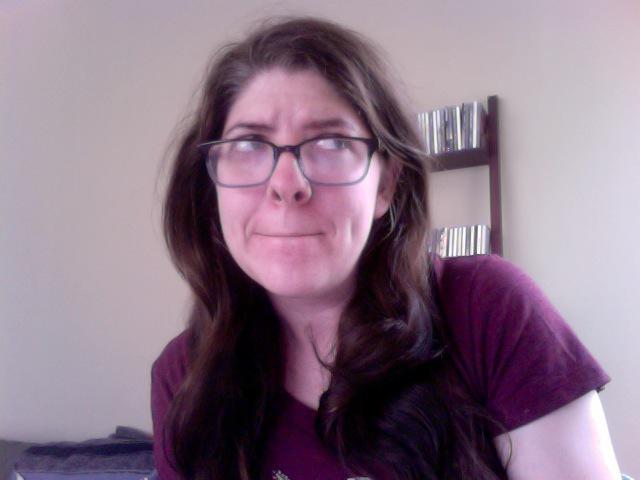 But I’ve also spoken up. And those are the times I don’t regret. When I’ve forced the issue, directly and publicly, it’s always been worth it.

I’m familiar with the insidious voices in our heads urging us to bite our tongues. Some favorites:

I don’t want to seem combative. No one wants to be billed as hysterical or aggressive. It’s a small community, and reputation is everything. (And let me be clear: you should not yell “go **** yourself” in a writing workshop unless very truly necessary.)

But speaking up is not just about challenging the offender. It’s about supporting the target of their bias or rudeness. When you’ve been the one under attack, what do you wish your peers had done?

Empowering artists to choose direct engagement over silence won’t make artistic spaces more hostile. I believe it strengthens community. You can identify kindred creative spirits based on which people, in a crowded conference hall, are simultaneously glaring.

But they’re [Important Authority Figure] and I’m nobody. This is tricky, because I can’t promise there won’t be consequences. Maybe someone in power will be affronted by your response, and will lash out at you professionally or academically.

But I think the fear is exaggerated. Probably most people—even Distinguished Guest Artist—aren’t out to destroy your life. After all, you’re nobody, right?

We’re all thinking it, no need to say it. Say it anyway.

I’m the only one thinking this and everyone will think I’m crazy. Say it anyway.

I’m not going to change their mind or behavior. Fair enough. But it’s not really about them.

It’s about the playwright smiling politely through her public evisceration. It’s about the writers of color used to being their only advocates in white-dominated spaces. It’s about you. Who do you want to be?

All of these rationalizations amount to: “It’s not my place.” But it is. The stage belongs to you, too. If you’re here, making and experiencing art, participating in this community, then it’s your place. Permission granted.

If you’re used to the tight-lipped strategy, speaking up for the first time might be awkward and scary. Your points won’t be edited to Facebook-post perfection and your heart will beat way too fast. Everyone might look at you, and that’ll be terrible. Permission isn’t enough, you have to practice.

So keep practicing. Speak up. Defend yourselves, your fellow artists and your principles. It gets easier. Eventually, without you quite noticing, things will shift. Silence won’t be an option.

I am so glad to read this today. It is so hard to speak up in any space, and harder to speak up in artistic spaces, because you don't want to lose the opportunity, but you also see something that doesn't sit with you well. I had an experience like that at a stage reading recently, and I committed through it. But yeah, it's hard.

I Don’t Think It’s Just Me Anymore: The Shift Towards Healthier Theatre Education

Theatremaker Sara Bozin reflects on her college theatre experience and shares changes she’d like to see in theatre education that prioritize students’ physical and mental health.

The Wildcard Workbook: Why Forum Theatre and Why Now?

Theatremakers Sulu LeoNimm, Liz Morgan, and Katy Rubin discuss the process of co-authoring The Wildcard Workbook, a guide designed to help others in the field delve into Theatre of the Oppressed practices and devised theatre processes.

Projection designer David Forsee, who brings artificial intelligence into his own design workflow, creates a toolkit for other designers interested in effectively and ethically integrating text-to-image models into their design processes.