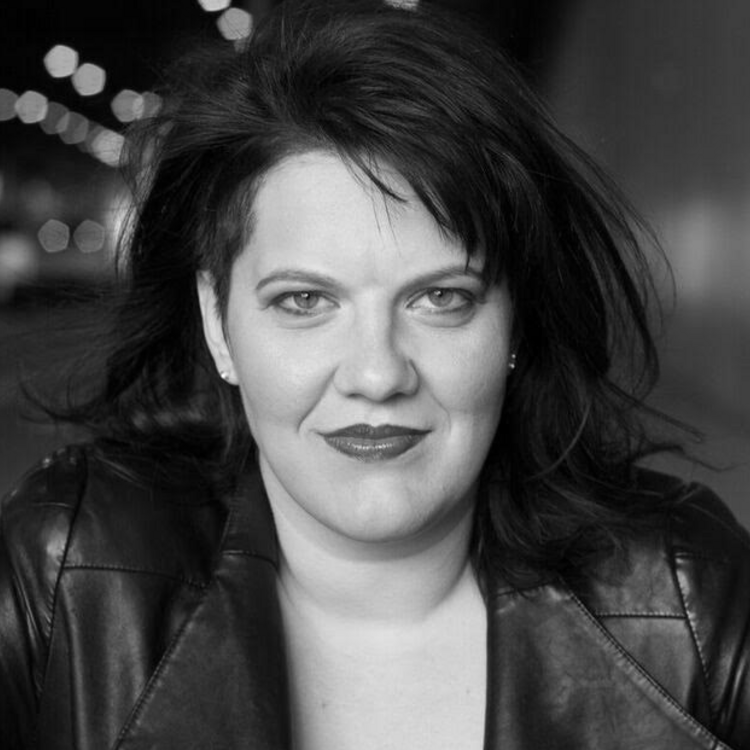 The Impact of Youth Theatre in Palestine

“We are not producing artists; we are creating leaders in society."

The words of the late Juliano Mer Khamis, founder and artistic director of the Freedom Theatre in Palestine, still resonate seven years after his assassination. This month, the Freedom Theatre will relaunch its Professional Theatre School after a year and a half hiatus, offering acting, devising, and cultural resistance education to youth in Jenin, the northernmost city in the West Bank—an area that has seen numerous conflicts over the years.

There is a critical need for cultural programming for youth in Palestine. Luckily, the Freedom Theatre is one of many institutions that has taken on the task, working alongside organizations such as the ASHTAR Theatre in Ramallah and Al Rowwad Cultural and Theater Training Center in Bethlehem to directly engage with and meet the needs of their local communities. On top of providing youth with an outlet for creative expression, these groups offer young people a safe space to directly engage in community building as a means of creative resistance to the occupation, not to mention job and skills training.

In 2017, a Palestinian Central Bureau of Statistics (PCBS) report showed that 30 percent of the 4.95 million people living in the West Bank and Gaza are between the ages of fifteen and twenty-nine. The unemployment rate among these young people has reached 40 percent, disproportionately affecting those between the ages of twenty to twenty-four. On top of that, the unemployment rate of college graduates was nearly 56 percent, a number that had grown from the previous year. These sobering statistics, combined with President Donald Trump’s recent cut of $200 million in aid to United Nations Relief and Works Agency for Palestine Refugees (UNRWA) set up what would look like, from the outside, a framework for despair.

“We [as cultural workers] don’t have the luxury of despair,” says Dr. Abdelfattah Abusrour, founder and director of the Al Rowwad Cultural and Theater Training Center. “When you have a child who is eight or nine years old talking about their dreams in a storytelling session and they tell you that their dream is to die because nobody cares… They have reached the summit of despair, because they don’t see anybody trustworthy and the political promises from politicians have only caused more oppression. This is not the legacy you can leave to children and generations to come.”

The staff at Al Rowwad, which is located in the Aida Camp in the central West Bank, work with the youth of Aida to create what they call “beautiful resistance”: the belief that every resistance against injustice is a beautiful act of humanity. Choosing culture, arts, and education is their way of doing this.

“The aim is to save lives—to inspire and give our children every opportunity to express themselves in the most beautiful and creative and nonviolent ways,” says Abusrour. “Miracles will not happen on their own. We as artists need to make and provoke miracles. It is our responsibility.”

One of the ways they own that responsibility is by offering children in the Aida Camp vocational training. Not only does Al Rowwad often create jobs for those who take part in their programs, many youth who are part of the community end up receiving leadership positions at the organization when they become adults, something that also happens at the Freedom Theatre and the ASHTAR Theatre.

Palestine’s formal education system has ‘little space for teaching people to think, criticize, discover, negate, and question’ and ASHTAR works hard to try to impart that into the young artists’ lives.

On the artistic side, the robust theatre and performing arts scene across Palestine offers young people the opportunity to work with various genres including classics, Shakespeare, dance theatre, and oral traditions inspired by hakawati, a centuries-old Arab storytelling tradition with roots that can be traced throughout the Middle East.

“It’s important for people to know Palestinian theatre exists,” says Melkar Muallem, an actor and graduate of the ASHTAR Theatre School. “I think a lot of people have the wrong understanding of Palestinian culture and don’t realize how rich is it. We really care about telling our own story as well as improving our own community. Theatre is a peaceful means of both demonstration against the occupation as well as our own internal corruption.”

The stakes are high for theatremakers across Palestine. Just last month, on August 9, the Said Al-Mishal Theatre and Cultural Centre in Gaza was razed to the ground by an Israeli airstrike. The building had been one of the last cultural spaces to bring music, dance, and theatre to the residents of Gaza. Shortly after the bombing, hundreds of artists and community members gathered on the ruins to perform and show strength and solidarity.

“Our memories have vanished now. I don’t know if we can create new ones. We will try again, but I am not sure if I can convince my colleagues to continue,” said twenty-eight-year-old Mohammad Obaid in a recent interview with The Guardian. Obaid ran Al-Anqa’a, a dabke dancing troupe that was hosted in and trained 250 youth out of the cultural center.

The space had also been the base of the youth group for the Gaza branch of the ASHTAR Theatre since 2008. A five-year educational program for young actors, founded by actors and writers Iman Aoun and Edward Muallem in 1991, ASHTAR was the first theatre school in Palestine. It offers young people aged fourteen to twenty-four rigorous training in acting techniques, physical theatre, and Theatre of the Oppressed, as well as the chance to develop and amplify their leadership skills beyond the stage.

According to Aoun, Palestine’s formal education system has “little space for teaching people to think, criticize, discover, negate, and question” and ASHTAR works hard to try to impart that into the young artists’ lives. She has found that the experiences the young people are exposed to, like meeting others their age across the country and from around the world, help them discover who they are and what role they want to have in their community.

This past July, the nine graduating students of the ASHTAR Theatre School helped coordinate the fourth annual international youth festival, which brought together artists and theatre trainers from across the world to participate in ten days of workshops and showcases, collaborate with other Palestinian organizations such as Yes Theatre in Hebron and the Popular Theatre in the Al-Am’ari Refugee Camp, and collectively devise a final performance together.

The festival provided a rare opportunity to both Palestinian youth and internationals—delegates traveled in from Russia, Poland, Germany, Norway, and the United States—for cultural exchange and to build fellowship. Students worked to transcend language and geographic location as well as to challenge stereotypes. Festival attendees spent twelve hours a day together in classes and rehearsals, watching performances, and eating meals, creating solidarity between them.

For young people in Palestine, creative expression and political resistance are deeply interwoven.

Beyond the psychosocial impact that theatre has, providing youth with structure and discipline and instilling in them a strong work ethic and professionalism is of utmost importance to the entire ASHTAR staff. The night before the festival opened, during one of the note sessions following tech rehearsals for a new Arabic adaptation of Peer Gynt, the director, Émile Andre Saba—who is also a graduate of the program—and the choreographer, set, and costume designer, Masha Kapustina, did not hold back in providing honest feedback to their students.

“There is no excuse to not have your costume changes down and to not know your choreography,” remarked Kapustina. Saba called in several students he felt were not giving their all, reminding them that in ensemble productions everyone is responsible and one weak link or bad attitude can ruin an entire production.

The bar is clearly set high, and ASHTAR students are expected to not only reach it but to surpass it. Each of the young people seemed to have an understanding of this and were working extra diligently to prepare for the opening.

“Youth theatre isn’t as easy as it may seem,” says fifteen-year-old Sama Shalabi. “Even though we are young, we are still treated as professionals.” Shalabi feels like that attitude has made her into a stronger worker and better person. She has dreams of living in New York City and becoming a lawyer. “I read about New York online a lot,” she says. “I’ve never been there but there’s this little law clinic in Brooklyn that does pro-bono law for people who cannot afford it and I want to work there.” Shalabi has been working towards getting a scholarship to study at Harvard, and taking part in theatre is helping her get there. “ASHTAR has made me come out of my comfort zone,” she says. “It has helped me find myself in more ways than one. I’m okay with who I am now.”

Each of the cast members echoes her sentiments. Theatre has been an important turning point in their lives, a place where they have gained confidence and friends. Ameer Zabaneh, another student at ASHTAR, is enthusiastic about a career in theatre. “I don’t want to be limited—either by nationalism, religion, or my current location. I want to escape from the systems and patterns that try to dull out my life.” Theatre is an escape for him, as well as a cultural tool that teaches him, and his friends, how to break free from how society has defined them.

For young people in Palestine, creative expression and political resistance are deeply interwoven. “Art can be a very strong tool of revolt and fighting back against oppression,” says Zabaneh. “But it can also be separate from that. Political art doesn’t need to be as direct as a poem about the occupation or a painting of the colors of the flag. When you break people’s expectations and smack them in the face with something new, that’s when you start making change. When you give them fantasy, even if people have a negative impulse towards it, it [does] something.”

As Michael Balfour, Jenny Hughes, and James Thompson write in Performance in Place of War, “The imagination is the first stage of creating or recreating an external world that has a life beyond the body and generating material and social connections that reinforce protection and resilience of individuals and communities.” ASHTAR, Al Rowwad, the Freedom Theatre, and other programs like these are providing a space for youth to not only imagine a future for themselves, but to also create it.

“Even if a young person doesn’t proceed in making theatre,” says Aoun, “they all proceed in making better lives. Because whatever they do when they finish, they know what they have learned directly or in directly in the theatre has affected them.”