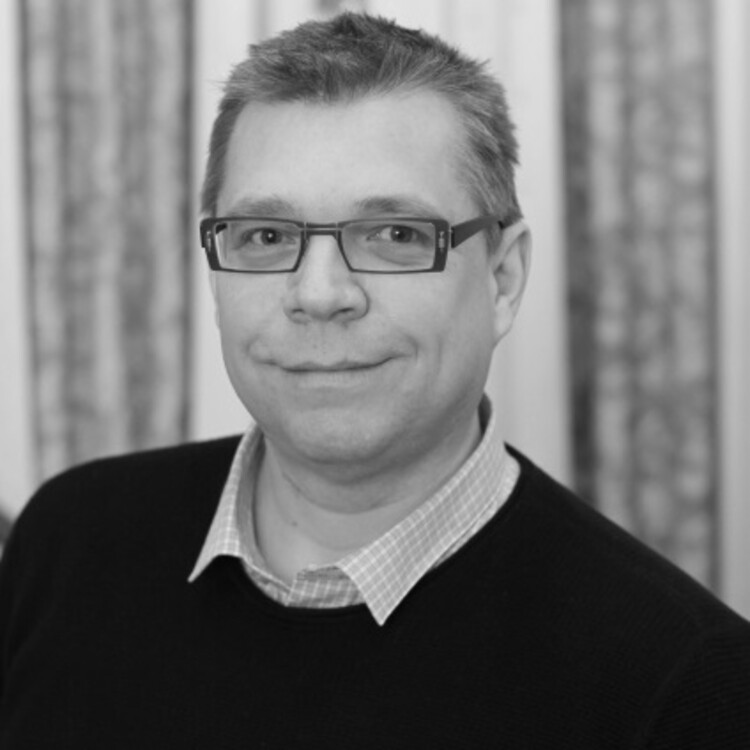 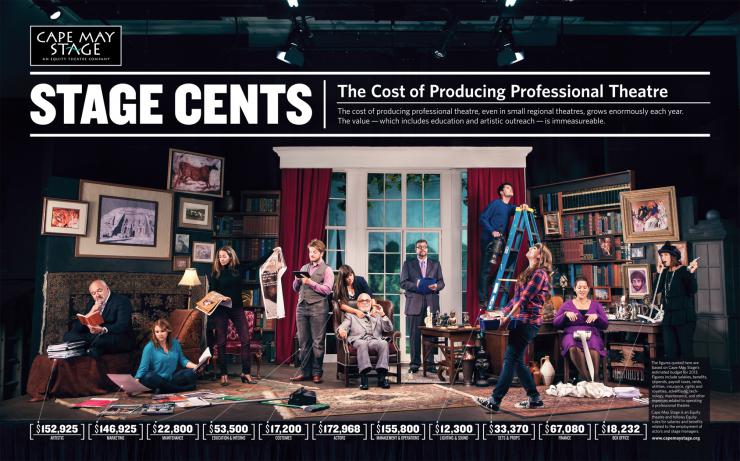 Let’s face it, no one (with the exception of accountants) was ever emotionally moved by a large table or colorful chart. Imagine if Goldilocks had used a bar graph to describe the density of the mattresses on the beds of the three bears? Children’s story books use playful illustrations and rich characters to tell their stories. So, why do we theater artists (story tellers by profession), turn to charts, graphs, and tables to tell the story of our respective organizations?

When staging a play we use costumes, sets, props, and lighting to enhance our stories and engage our audiences. Why not do the same in our marketing and fundraising pieces? Isn’t it time the drama moved off our stages and into our collateral?

Cape May Stage is a small Equity theatre in Southern New Jersey—about as far south as you can go before your hat floats. Geographically, we are isolated from our colleagues in neighboring cities like New York, Philadelphia, and Washington, D.C. Yet, because our audiences routinely come from those places, we are forced to compete with larger theaters with larger budgets. That demands a creative solution.

The financial challenges we face—staffing, marketing, development, infrastructure maintenance, and artistic excellence—are common to all theaters regardless of size. All of my colleagues are looking at budgets whose expenses are growing faster than their revenues. And, we are all wondering how we convey that message to those who matter: donors, grantors, government funders, and the media.

To solve this I turned to storytelling.

My marketing director, Alicia Grasso, and I conceived a photographic tableau to illustrate the often hidden costs of producing professional theater. We pulled key figures from our annual budget—expenses we wanted to illustrate—and chose key members of our staff and Resident Intern Company to participate. Cape May Stage was producing Freud’s Last Session at the time, so we opted to stage the photograph on that show’s set. We even seated Dr. Freud himself (Equity actor Joel Rooks) front and center.

We planned to use this piece in a variety of ways, all of which were determined before the shoot took place so the photo could be staged appropriately. It was unveiled as a large (three-feet x ten-feet) framed poster that hangs in the theater’s lobby and will gradually be rolled out in numerous other places. During our holiday shows the infographic was printed as a two-page spread in our Showbill along with a donor remittance envelope. Our fall appeal was mailed just before Thanksgiving to serve as a great reminder (and reinforcement) of the work we do and the costs involved.

When our season ended in December, the infographic became our cover photo on our Facebook page. It will also be the central feature of our annual report/report to the community. We are printing oversized postcards of the image, with some statistics on the reverse, that will be mailed to the media, other theaters in the area, grantors, and other arts-funding and advocacy organizations.

The response so far has been overwhelming and it was interesting for me to watch patrons stop and examine the infographic in the lobby. They stared at it for a long time, pointed things out to their companions, and discussed it among themselves. I watched one woman run after her husband (who had already left the building) and drag him back inside to look at the piece.

One patron told us, “This is a really cool advertisement. Informative, scary, and sobering.” Equity actor Mark Irish, who has appeared at Cape May Stage, wrote to us the following, “This is beautifully done. The concept is brilliant and the execution is mesmerizing. I love the focus everyone has; so many different vignettes woven into the fabric of this setting, just like the theatre... distinct personalities and creative energies allowed to flourish all on the same stage without diminishing their unique voices, making a new integrated whole out of such diverse, distinct, and fascinating parts. Sondheim would be proud!”

And, Mark is right; Sondheim—the guy who wrote Putting It Together—probably would be proud as he understands the many parts and actions that go into creating theater.

It excites me to see the imagination and creativity move from our stage to our offices, where it becomes a central part of our marketing and development.

It’s not yet time for our development teams to throw away dry letters written on letterhead with our board members’ names neatly printed in the margin; there are still donors who respond to those appeals (often large donors). But, it is time to start adding some sass to our work.

It excites me to see the imagination and creativity move from our stage to our offices, where it becomes a central part of our marketing and development. There is so much information competing for our attention—ads, pop-ups, radio, TV, jingles—we have to find a voice that can be heard. That doesn’t mean being louder or more colorful, it simply means being more creative.

My colleagues and I found a way to creatively tell our story—the cost of producing theater in our space—in a style that speaks to those we are trying to reach. In this case, the piece is attractive to a large target group. In other cases, we will employ different strategies to reach more distinct groups. Find what works for you and run with it; have fun with it!

Let your imagination run wild and see what follows. I dare you.

I love the thinking behind this.

I love the thinking behind this. I'm not, however, sold on this particular presentation, which leaves a lot to the imagination (like, for example, what exactly $67k for "Finance" means. I'm quite curious myself!) I understand the desire for an infographic, to have a digestible amount of information presented, but perhaps breaking down one portion of the budget into understandable depth would be more effective than a really vague presentation of the entire budget. Just a thought. Again, I love the reasoning behind this, the idea that we need to educate audiences about the costs involved in production (and, consequently, the need for ticket prices AND donations, yes, both.)

Can you describe how this campaign has worked in terms of ROI? It sounds very creative, but you've described it as a method for generating revenue without mentioning how much revenue it has generated.

Ah yes I see operations and management, and likely interns would encompass crew. The Artistic category doesn't shed light on that expense at all.

I assume that artistic includes director and designer salaries, as well as royalties. My guess is that crew costs are split by department, but not sure there.

Does artistic include crew?

You have cut through the marketing clutter with this strategy. What theatre goers lack is a sense of what it takes to pull off the magic. Your approach - clear, visually stunning and persuasive.

Excellent idea. Keep us updated on its impact on your contributed income. Thanks for your creativity and for sharing it.