It Takes a (Tofu Chitlin’) Circuit

A series that explores youth ensembles in Chicagoland, the communities that encourage them, and how young people create theater for young people.

An average day of class with Sydney Chatman includes everything from a history lesson featuring Geoffrey Lamont Holder to a performance of a beloved dance move the students call “the Michael Jackson.” After entering the school’s auditorium, students define house left and house right in a series of call and response cheers. They act out emotions through a gestural vocabulary. Together they chant, “We use our face, our voice, our body, and our feelings!” like a trained ensemble. At one point in the class, Chatman improvises during a vocal warm-up and grabs one of the student’s sneakers, making it her personal rock star microphone. All of the students lean forward and plead with her to sing into their shoes, too. Chatman, and her style of teaching theater, is infectious.

Sydney Chatman is the creator and director of The Tofu Chitlin’ Circuit, a community and youth ensemble training collective based in Chicago’s South Side. Before creating TCC, Chatman worked on productions from Chicago to Broadway, while also teaching at the University of Chicago Charter School. When students she once taught as kindergarteners came to her as teens and said, “Can you train and teach me?” she said, “Yes.”

When she was defining the name of the company, Chatman hoped to bridge Chicago’s artistic past with the present, creating a theater rooted in tradition and also ready to soak up new influences. The Chitlin’ Circuit was a collective of small venues that were safe for African American artists to perform in during segregation. Plays would arrive in the city for a night as major events, despite a denotation by the white community as lowbrow entertainment. They were special occasions, bringing the black community together to break bread and engage in conversation. The word “tofu” was added to exemplify the chameleon-like nature of the group—similar to the food, TCC takes on the flavor of whoever chooses to engage with it.

After realizing her community wanted top-notch training, Chatman shifted her focus to creating a conservatory where black youth could study and see their stories reflected in performance. “There were not a lot of plays for black children about black children,” says Chatman, so she “started making them.” 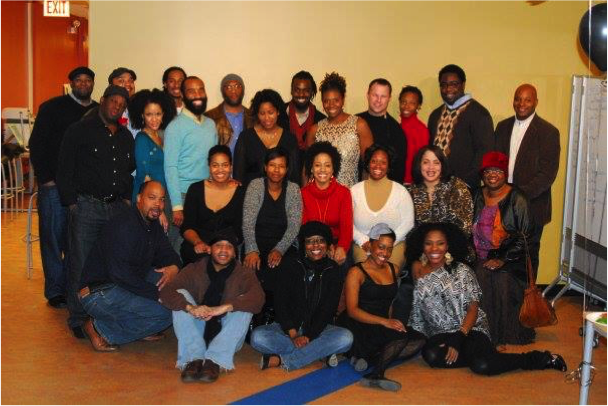 TCC after an “a la carte” conversation; photo courtesy of Sydney Chatman

TCC programming began with “a la carte” conversations that sought to offer artistic food for thought from a black perspective. Teens and adults met to explore topics like race and grant dollars, gentrification, and white directors staging black plays. TCC’s youth ensemble grew from this, and their most recent production, Take It From Me—Violence Just Don’t Understand, offered a collage of music, dance, and spoken word. 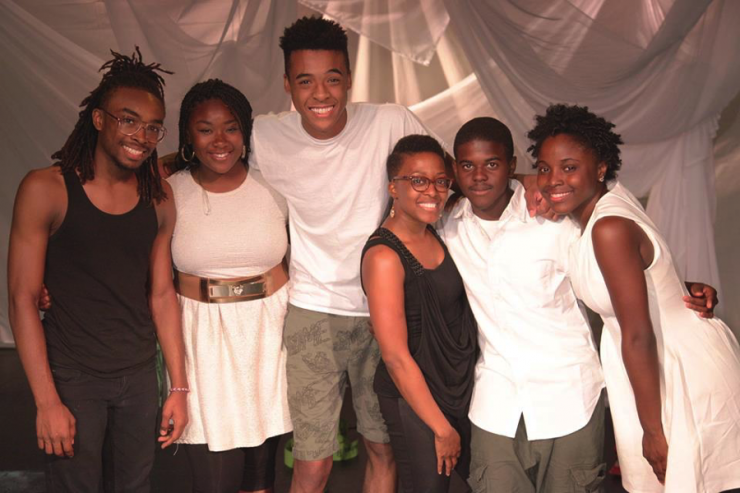 The cast of Take it From Me—Violence Just Don’t Understand; photo courtesy of Devon Edwards

When the ensemble was generating material for Violence Just Don’t Understand, they searched for ways to find hope amidst chaos. Some ensemble members had known Hadiya Pendleton, a young Chicagoan who was shot and killed while standing in a park only a week after performing for President Obama. That incident—along with countless others—inspired the group to create a play that would help the audience band together in community to share in the ensemble’s sense of hope. There were alternatives offered to violence in the play, including parental involvement, justice system reformation, and finding joy—in singing Beyoncé, in masterfully tap dancing, and in speaking truth to power via raging poetry.

The TCC community of parents, friends, and supporters joined in this optimism by sending the young performers an overwhelmingly positive message: “you are worth it.” This message is necesseary in a world where 65% of the young people in the Illinois Department of Juvenile Justice system are black; a world that imposes criminalization upon racialized bodies; a world that says theater for young audiences can change the world through empathy—but also says the racial empathy gap has been statistically proven. When systems set barriers before young people, their communities offer tools to break them down.

Many Chicago artists spoke of the theater community in September, after a number of local theater-greats met untimely deaths in quick succession. Shortly after, The Tribune published a remembrance of the deaths that was met with appreciation of the kind words—and confusion amongst factions of the community at the exclusion of the deaths of artists of color. After a number of requests, the article was updated to include a paragraph on the “recent losses elsewhere” and a quote from the managing director of MPAACT, noting that the artists left behind “an entire community of theater artists they inspired and motivated.”

TCC believes that Chicago theater has to be a place where we can discuss the issues of today, that involve the plurality of what constitutes the Chicago theater community. TCC isn’t so much a company as a state of being, embodied by the circuit of supporters engaged with the company’s work. Chatman recognizes that, “In Chicago, not everyone has the capacity to be an advocate. But everyone can start to acknowledge the many people surrounding them in the city. You start with one thing, and you let it trickle out.” What better place to start than TCC?

Up next: Albany Park Theater Project

A series that explores youth ensembles in Chicagoland, the communities that encourage them, and how young people create theatre for young people.

So proud of you, Sydney, and the work you are doing to affect change! Let's be the change we want to see as we know we can't wait on others!

Thank you so much Jamil! Let's do this!

I enjoy reading Morgan Greene's pieces on HR. They are the most informative, telling us, the so called "theatre community" about something which we know nothing about. Brava for that.