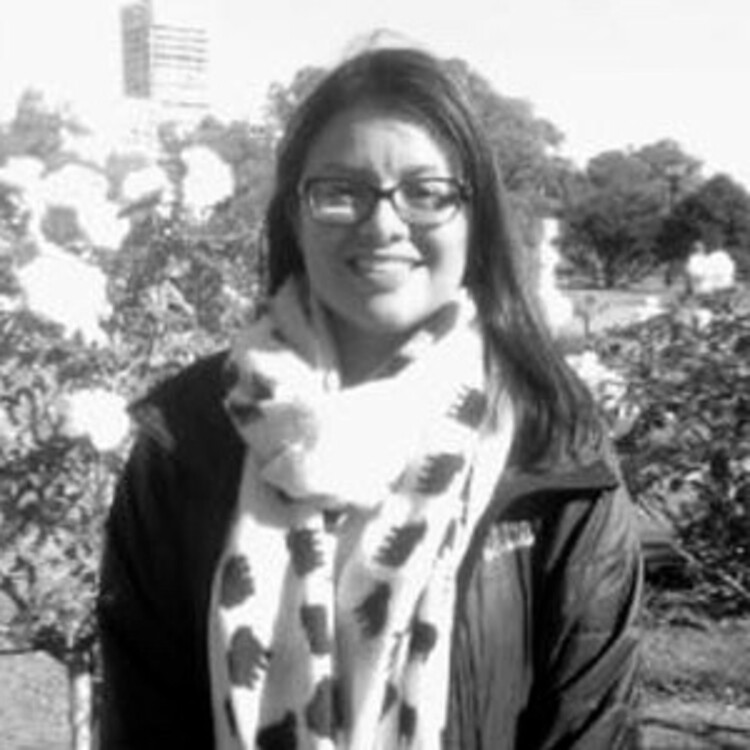 Latins in La-La Land at the Freedlander Theatre

Cruz’s play, originally written in 1995, explores the relationship between the famous Hollywood murders of Ramon Navarro and the Menendez parents and the long lost stories of Latinas/os in 1940s Hollywood. The dark comedy, one that is loosely based on the Menendez brothers’ plot to kill their abusive and rich parents is juxtaposed against golden age cinema, drama, and glamour. Cruz brilliantly interweaves scenes in Navarro’s mansion in 1944 with the Medina home (representing the Menendez home) in 1989 Beverly Hills. In both time periods, Cruz vividly and humorously brings the two together in order to talk about complicated family histories, human relationships, and sibling relationships in particular.

A 1940s movie montage, featuring the work of Navarro, Hayworth, Dietrich, Vélez, and Del Río plays during transitions. This serves as cultural context for a twenty-first century college audience.

The opening of the play is reminiscent of a Hollywood classic film replete with a celluloid screen, music, and the opening credits. The screen lifts and we enter the 1980s as Lorenzo Medina (William Stevenson) encounters Sid (Phillip Wells) pushing a supermarket cart filled with 16mm film reels to give to Lorenzo’s father. Next we hear and see sisters Margo and Laly (Stephanie Castrejón and Emma Farrenkopf) audition for Hollywood Chorus Girls, circa 1944. In these two scenes, the play sets the tone for what is to come, a series of interrelated moments in the lives of characters who live in the margins: Lorenzo, Margo, Laly, Efrain (Lorenzo’s brother, played by Tristan Lopus), Sid, Rita Hayworth (Phillip Wells), Ramon Navarro (Nikhil Patnaik), Marlene Dietrich (Summit J. Starr), Dolores del Río (William Stevenson), and Lupe Vélez (Tristan Lopus).

As the director explains in the program notes, “The scenes in the 1940s provide a historical context for the way fame manipulated and marginalized actors and actresses of Latin descent.” The audience constantly feels captured by the historical frame of the 1940s Hollywood, through Noriega’s astute and creative directorial choices, process, and concept to frame the piece with the opening screen, music, and credits, as well as the use of video clips during transitions. Noriega’s careful attention to detail and a well-planned performance made the audience feel like they were watching a film and at the same time, visually and aurally engaging in a critique of the current century’s obsession with fame and fortune.

It is in the stories of these Golden Age actors and in the Medina brothers’ story that the audience gets lost in time. A1940s movie montage, featuring the work of Navarro, Hayworth, Dietrich, Vélez, and Del Río plays during transitions. This serves as cultural context for a twenty-first century college audience. Through carefully placed film montages the audience locates and begin to understand the often forgotten history of Navarro and Vélez, for example. Furthermore, it is in the moments where we see these Golden Age actors—marginalized in their lifetime and in the history of cinema—beautifully interlaced with the story of Laly, Margo, Lorenzo and Efrain, that the audience begins to understand the intricacy of family relationships. Noriega’s perceptive and thorough reading and analysis of Cruz’s text and his work with the actors explicates the complexity of these relationships. As an audience member, I was keenly aware of the parallels between the two fraught relationships, often leading to violence, both physical and psychological.

The sets of siblings, Laly and Margo (1940s) and Lorenzo and Efrain (1980s), share the stage. Laly and Margo find Navarro’s home while doing a Hollywood tour, whilst Lorenzo and Efrain tour Navarro’s estate in the 1980s, researching real estate options. Lorenzo and Efrain suddenly become aware that there is a chill in the air—the two time frames have crossed paths—in the space of the Navarro home. The interaction between the pairs unfolds in emotive and quick-paced scenes leading up to the entrance of Ramon Navarro himself. Laly and Margo pretend they belong in the scene and agree to cook for Navarro’s dinner party. The audience learns of Lorenzo and Efrain’s murderous plot, and at the end of Act I, they carry out their plan. Indeed, Cruz’s script embraces dramatic and emotional moments with a comical and melodramatic tone—echoing the tone and format of Hollywood’s Golden Age of cinema.

I was drawn to the ways in which the scenes were framed and and paced. Each character was fraught with vulnerability and the actors were able to transmit this fragility to the audience through their movement and placement on stage. The design team brought to the fore themes of love and jealousy. Costume designer Charlene Gross captured 1940s Hollywood glamour. Chuck Findley’s sound design moved the audience between time periods and also deftly merged the two. Findley was able to capture each era, including the music of tango master Carlos Gardel, for example, in the 1940s.

In the play Sid becomes the link between the gilded past and the present through his direct address to the audience. In the opening scene, Sid tells Lorenzo, “Learn your history. Then things make sense.” Latins in La-La Land asks the audience to learn our history too, and in doing so we are well rewarded for it.