What is it that your mind was looking for?
Where is your heart?
For this you give your heart to everything
Your heart is without direction
You are destroying your heart
You suppose you can go in search of anything and find it
America, find your heart.

The final day of the Latinx Theatre Commons National Convening (November 2) was in part “a festival of ideas,” made up of poetry and dreams, and in part a gritty manifesto of concrete, actionable strategies for the development and expansion of Latino theater. Seventy-eight Latina/o theater makers from different parts of America conversed, brainstormed, dreamed and strategized to advance and shape the future of Latino theater. 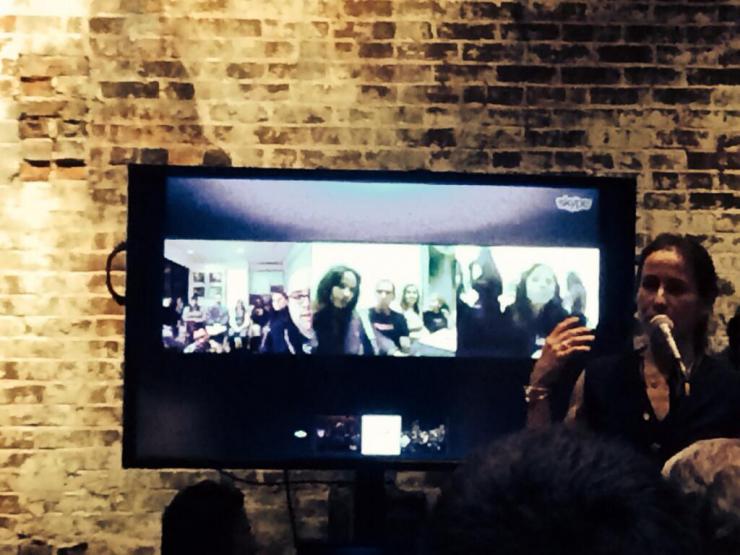 The highly anticipated video conferencing conversation with the satellite convening sites in New York, Miami, Chicago, Dallas, and LA was a technological feat of sorts—the event was the first of its kind in the theater commons. Participants included members of Miami’s Teatro Prometeo—the only Spanish-language conservatory theater in the United States—and the talented young interns of Chicago’s Goodman Theatre. Participants eagerly discussed their local Latino theater making community, challenges and strategies to engage and bridge the gap with local Latino communties. There was a palpable sense of enthusiasm, excitement, and hope at the Boston convening, when a young intern from Chicago described the “dramatic increase in numbers of young Latino actors, performers and writers” and its transformative impact on Latino theater making in Chicago.

Plenary sessions on the final day of the convening revolved around Latina/o national leadership in theaters and the models of diversity in those theaters, collaborative models in theater companies, online and technology driven communications platforms such as Café Onda—the new online hub for expression, advocacy, and networking for Latina/o theater, and theater festivals. The strategy groups focused on art making, scholarship, advocacy, convening, and mentorship.

Steps for advocacy and networking were then planned at individual, local, regional, and national levels “to expand, support, and illuminate Latinos in the field of theater.” These ranged from gaining access and “infiltrating” national and local organizations to developing a regional advocacy plan, from mapping plays to creating a residential María Irene Fornés institute, from urging LORTS to produce one Latino play a year to a national casting resource list. The emphasis was on best practices to advocate for new plays by Latina/o artists and support local and national works.

The final day of the Latinx Theatre Commons National Convening was in part “a festival of ideas,” made up of poetry and dreams, and in part a gritty manifesto of concrete, actionable strategies for the development and expansion of Latino theater.

“We are here to gather the collective wisdom that is building and collecting in this room,” said Kinan Valdez, the facilitator of the convening, at the start of the day. Through a dynamic mix of plenary sessions, virtual conversations with Latina/o theater makers in Miami, New York, Los Angeles, Chicago, and Dallas, conocimiento and strategy group discussions and a collaborative focus on best strategies, participants put forward ideas ranging from the pragmatic to the boldly imaginative. 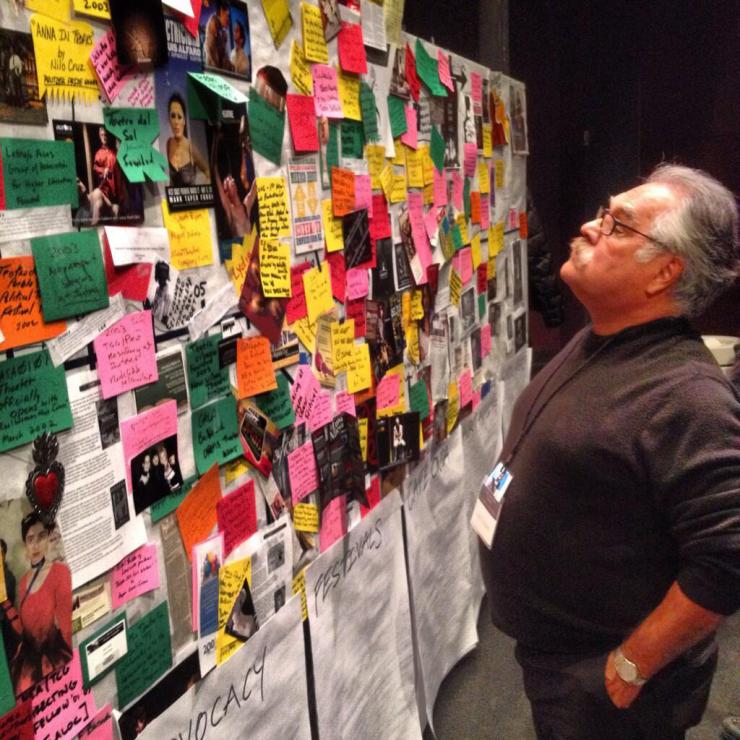 A rethinking of entrenched and fundamental structures of theater was clearly underway, and it wasn’t long before it was proposed that the time may have come to reconceptualize the term “Latino theater” itself.

Valdez’s remark was accorded a warm and enthusiastic response both by participants in the room and on social media (#cafeonda), as the question of identity was seen as inseparable from the other pressing concerns of Latina/o theater-makers: advocacy, networking, and mentorship. Café Onda was identified as a potentially  diverse digital platform for the sharing of resources, ideas and networking opportunities that could enhance the field and the professional lives of Latino theater-makers. 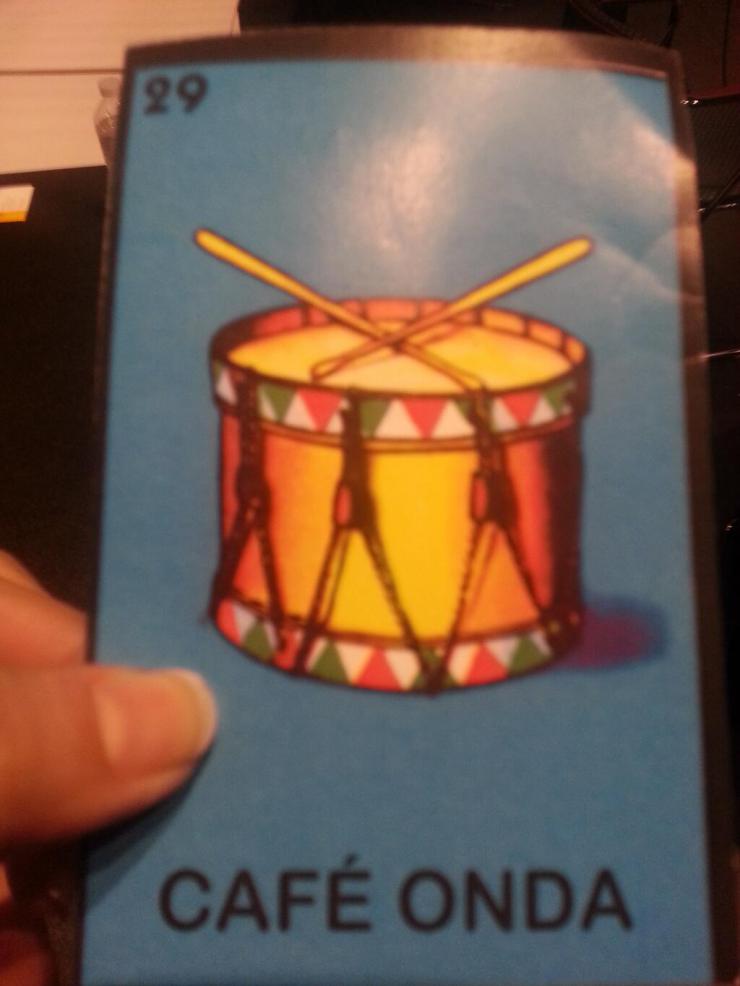 Younger Latino theater-makers avidly pressed for a more vigorous mentor-mentee system. “That has been one of the challenges for me that I haven’t received direct feedback after I produced my plays. There is no mentorship. There is no real post-mortem conversation,” said Jerry Ruiz, a director during a conocimiento session. Much to everyone’s delight, a mentorship poster at the convening had the following words, “Everyone, Even Luis Valdez Leaves This Room With A Mentor and Mentee.”

The convening ended with participants noting down a commitment on a Loteria card. All cards were placed at the altar. Participants were asked to commit to anything they could do to promote advocacy and networking, “to envision as an individual where one might want to put time and energy.”

“This is not a contract. It is an offering, a sacrifice, a gift to this altar that was built out of inspiration,” said Olga Sanchez, a convening facilitator.

With these promises and dreams and plans for a new national movement for Latino theater, the Latinx Theatre Commons National convening came to a close.

I went back to take a look at the Satellite Listening Sessions and was thoroughly blown away by all the participants and their enthusiasm. #cafeonda! We got work to do my people!

Day two of the Latinx Theatre Commons results in a declared Latina/o Theatre Day in Boston, a quandary of if there needs to be Latina/o theatre, and the strength to make their own table.

The Latina/o Theatre Commons National Convening has finally arrived in Boston. 78 Latina/o artist converged together for the biggest meeting since 1986.