A Few Thoughts about the Aesthetics of Reality 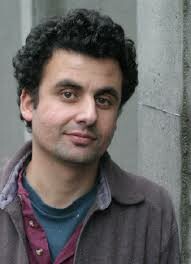 I feel like we’re in a reality moment. In the theater - and in the culture at large. I wonder if the fact that I’ve been speaking about it a lot lately might might mean that this particular moment is waning a bit. In my experience the naming of things often means that their moment of critical importance is starting to fade.

I began to notice it three or four years ago. I realized that the shows that were having the most immediate visceral effect on me and kept me engaged were shows in which artists, and often their non-actor family members, stood on stage and talked about themselves, and their own lives. They were all pretty well-known Canadian pieces: Nina Arsenault’s The Silicone Diaries, Carmen Aguirre’s Blue Box, Itai Erdal’s How to Disappear Completely, as well as a parade of tour-sexy international shows like SheShePop’s Testament, Lola Arias’ My Life After, and the super-intimate, confessional work of UK artist Adrian Howells.

They’re not just any stories. They’re artists dealing with the remarkable and deeply intimate subject matter that transgresses what we normally consider permissible to speak about frankly in public—the death of a parent who asks that their son document her passing; children of the Argentinian dirty war and parents of both the tortured and the torturers attempting to make sense of that legacy; and a male to female transvestite telling the story of her life-long attempt to turn herself into a living Barbie doll.

In addition to their remarkable subject matter, these shows share a total investment in an aesthetic of reality, a proposition to their audiences that what they are witnessing is, in some fundamental way, an attempt to wrestle with the truth—with what “really” happened, and its actual consequences.

I think this might reflect a few wider things culturally. Reality television, of course. Though its influence is likely obvious and widely documented, I don’t think it can be underestimated. In the theater we struggle with the present moment and its essential believability. As cultural codes for authenticity change, it seems inevitable that our work will be heavily influenced by those changes because our audiences’ collective relationships to those codes are necessarily changing as well.

As cultural codes for authenticity change, it seems inevitable that our work will be heavily influenced by those changes because our audiences’ collective relationships to those codes are necessarily changing as well.

I also think it has at least something to do with social media. The degree to which public self-revelation has become an utterly routine practice for an increasingly adult generation of people is both terrifying to a 43-year-old like me, and a tremendous opportunity. A good friend of mine’s nineteen-year-old daughter is writing a blog that catalogues her (typical?) early twenties battle with depression, and ruthlessly and honestly deconstructs the dynamics of her relationship with her parents as she does so. My fourteen-year-old son’s school friends regularly post “TBH”’s on each other’s Facebook walls. It stands for “To Be Honest.” And they are.

I think many of us are curious what happens when we take that cultural evolution towards semi-public, virtual confession and put it in the room. Because that’s our job. And the internet is horrifying and social media scares the shit out of us—yes, yes, yes. But it’s also maybe allowing a generation of people to share some of the essential, irresolvable fucked-uped-ness of being alive, and not feel shamed. I think that’s new. And maybe great.

I recently sat on a panel about this at the Magnetic North Festival in Ottawa with a bunch of artists all investigating similar questions. Sarah Stanley (director, creator, associate artistic director of the National Arts Centre English Theatre) commented she thinks we’re putting up a last stand for the understanding of what it means to be a person. In the midst of all the well-lamented, accelerating screen-ifying of our human relationships, she thinks this search for realness is an attempt to claim or document for future generations our understanding of what it means to define as a person, in relationships to others, in relationships that previously have been largely contingent on physical presence.

I don’t know about that—at least not totally. I do know that I felt compelled to include my seventeen-year-old son in How Has My Love Affected You?, a show that I made about my mom, and the erasure of her personality, both through our estrangement, and her undiagnosed early-onset Alzheimers’ disease. My son is a musician, and had specific tasks to accomplish in the show. But his presence was also the most successful thing about it for me. And there are a bunch of shows like that out there right now: Ravi Jain’s Brimful of Asha, Michael Rubenfeld and Sarah Stanley’s mothermothermother, and SheShePop’s Testament, to name a few. For me these particular filial enactments of reality might also have something to do with our generation, and the fact that we were the first North American kids raised in the context of full-blown globalization, in which it was broadly possible to travel great distances for work, and get the hell  away from family. We’re the children of that impulse, and I sense—in myself, in other artists, in friends and those I love with kids and aging parents—an attempt to re-understand and maybe reclaim what a family is. I sense an attempt to investigate—for real—the possibility of relationships and intimacy with those families, precisely because many of us grew up in its absence.

We’re the children of that impulse, and I sense—in myself, in other artists, in friends and those I love with kids and aging parents—an attempt to re-understand and maybe reclaim what a family is.

As I mentioned earlier, it’s conceivable that this reality moment might be fading. Not into oblivion, but into a form that feels recognizable and maybe predictable, assuming its place with other forms with a more conventionally understood dramaturgical structure. I am getting a bit tired of the show with four mics, actors talking about their own experience, a political backdrop, a guitar, and a pop song two-thirds of the way through, near where we’d normally have our second turning point, signifying that in some way the journey is changing. I’m starting to feel like I know what that show will be before I see it. And that might mean something, too.

Bored with the Well-Made Play

Jordan Tannahill’s Theatre of the Unimpressed

Sam Weisberg and Rob Onorato review Jordan Tannahill’s book Theatre of the Unimpressed, which discusses the well-made play and the idea of failing in theatre.

Who Comes for Fish? in Here Oceans Roar

An Amanuensis for the Ocean