Dreams on the open sea are part of a larger narrative as Natasha Lee Martin, an actress, director, and teacher, performs in Confessions of a Synesthetic Sailor at TheaterLab in New York City.

The grueling journey of writing Confessions of a Synesthetic Sailor lasted over five years. Synesthesia is a medical condition wherein one sense misinforms the other. For example, a synesthete may experience colors as scents. Martin, who is a synesthete, says that senses can become more enhanced when on the water. Famous artist like Goethe, Van Gogh, Kandinsky, and Poe all seemed to have synesthesia. Martin, who is from Rhode Island and who grew up sailing, based the play on some of her real life experiences.

Martin uses flexible state-of-the-art design in the new play and a pre-recorded track from Lucio Menegon, who is the featured guitarist on the piece. When the play was previously performed at Jack in Brooklyn, it featured the interplay between the sounds and the live action on stage, however in this version there is no live music. The lights (designed by Haejin Han) and video (designed by Curshion R. Jones) have “a spontaneous stream of consciousness through a scripted narrative,” according to Martin. Color and texture are important to the performance. Video design is influenced by the sound design. The space is white and there are movable walls.

The play comes to life onstage after a good deal of introspection, and the moments are clear. Martin asked her collaborators to tap into their 'gut brain' when considering the design and the direction of the show.

The space is, in some ways “adaptive to the script.” TheaterLab appealed to Martin because of the flexibility of the space. TheaterLab is a space that honors this kind of dialogue between artist and production design; it bills itself as “an artistic laboratory dedicated to the development of experimental theatre works and live performance.”[caption] 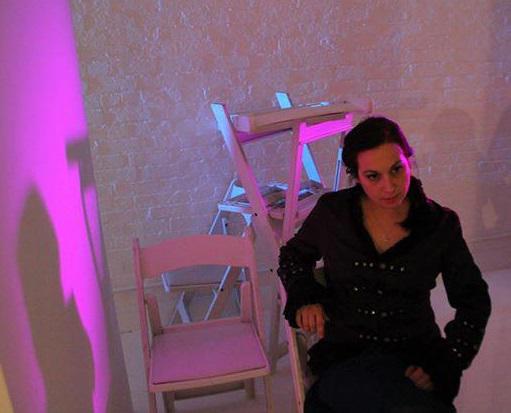 Confessions of a Synesthetic Sailor. [/caption]

I knew that there would be video projections. The white space of TheaterLab is a canvass that allows our collaborators in video and lighting to have an opportunity to transform and impact the space. This project is a case where the set needs to get out of the way. The movable walls enable us to create different scenarios and see what happens.

Wiebers said, “Artists draw upon their instincts, experiences, and the text. Allowing these to influence our designs, we are able to consider the overall look being wary of over-thinking it.” In terms of concept and execution, Martin wanted walls that were flexible, movable, and blank white. All color was added later with video and light. Wiebers said, “I am really letting these things move and mesh together and seeing what that is.”

Director/performer Martin uses Confessions of a Synesthetic Sailor to examine the pattern of the artist over time—her tattooed arms serve as a kind of a window into her previous artistic life experience. The play comes to life onstage after a good deal of introspection, and the moments are clear. Martin asked her collaborators to tap into their “gut brain” when considering the design and the direction of the show.

In the performance, Martin describes the memories and fuzzy notions acquired while experiencing synesthesia as a young person. Confessions of a Synesthetic Sailor deals with memory. After childhood notions collide and senses become confused, a woman of strength and intelligence emerges on stage. The audience sees Martin as a teacher and as a synesthete. She is the force that directs the story, and her presence is firm, but understanding. To discover the difference between sights and smells is a deeply personal journey for Martin.

The audience sees Martin as a teacher and as a synesthete. She is the force that directs the story, and her presence is firm, but understanding. To discover the difference between sights and smells is a deeply personal journey for Martin.

With rhythmic language about her experiences of synesthesia while seafaring, Confessions of a Synesthetic Sailor proves to be both confessional and conversational. Martin runs from space to space in the production, providing memories that seem “off the cuff.” The articulate words never feel contrived, but rather like a collection of impulses and a range of thoughts gathered while struggling through the sometimes-dizzying world of synesthesia.

Martin, who has worked as a teacher at The Rutgers School of Communication and the New York Institute, is always looking to develop new techniques for storytelling. In many ways, she believes that society is shaped by improvisation. She has created classes on Expressionism, Naturalism, and Absurdism. She also developed her own courses in Improvisation, Imagineering, and Innovation. Although Confessions of a Synesthetic Sailor doesn’t use digital mapping, there are interactive components in the design. The piece shifts and flows as the play jumps in time. Martin appears to be on a whirlwind journey in a boat at some points, and at others she appears to be teaching at a podium.[caption] 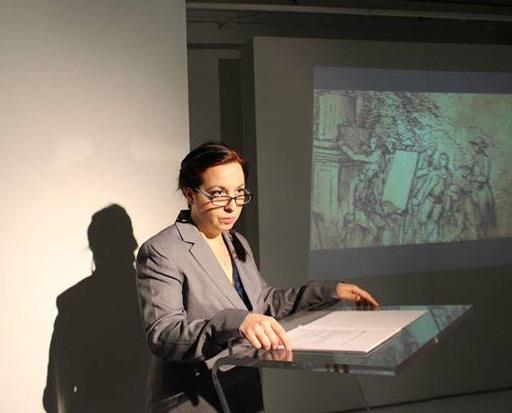 Confessions of a Synesthetic Sailor. [/caption]

Martin says that audience’s energy informs her reactions to each moment. She believes that creation has a spontaneous, improvisational nature. She draws from Viola Spolin and Alvin Ailey—she used their work as both a “focal point and a launching point.”  Martin asks: if “movement is folklore” and “theater is a verb,” then how can we create a narrative that serves the play? Martin’s answer is unique gestures. Movement complements the poetic text, building a narrative that is more than a dream. She uses anecdotes to propel her journey. With each gesture and glance, she explains her past. Martin’s choreography is inspired by her work with choreographer Marisa Guida while training at the New School a few years after James Lipton created the MFA Actors Studio Program.

Martin frames the performance with pre and post-show discussions about the condition of synesthesia. Before the show, the audience is asked to engage in activities hosted by the American Synesthetic Association. On small computers, they take a test to measure their synesthetic level and see if they have any signs of the condition.[caption] 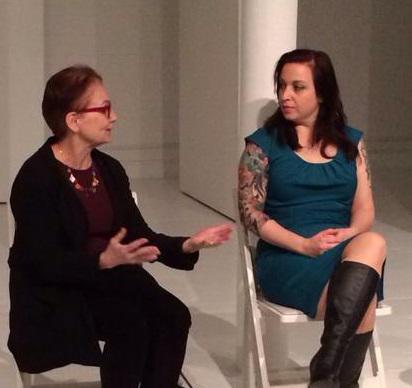 During the post-show talkback, Patricia Lynne Duffy, leading scholar and author of Blue Cats and Chartreuse Kittens: how synesthetes color their worlds, explained the brain’s processes further, “As the brain develops, it compartmentalizes its different functions ...but in synesthetes, some overlaps remain—so synesthetes could hear something but also, for example, taste what they are hearing."

Martin will be performing the entire play at the Mid-America Theatre Conference to be held March 19-21. The New York City production of Confessions of a Synesthetic Sailor ran January 7-11, 2015.

Sound designer Victoria Deiorio reflects on her experience of Complicite’s The Encounter and its ingenious use of sound.

A Blueprint for Risk-Taking