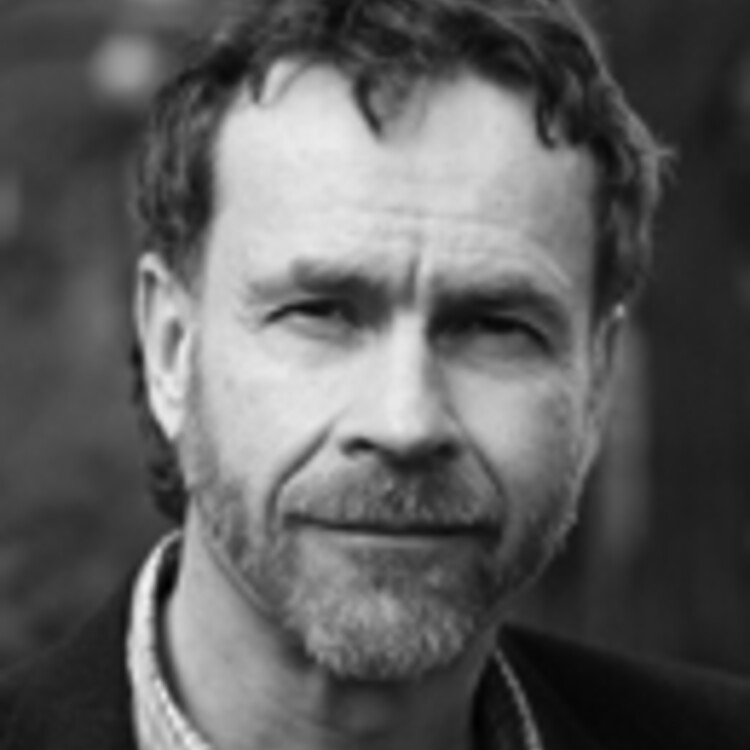 Richard Washer is a Washington fixture, having worked in the Washington, D.C. area for more than thirty years as a playwright, director, dramaturg, and educator. He is humble, unassuming, and quietly essential to many in the DC area who are developing new plays. For two decades, he has been one of the few playwriting teachers at the NEA-funded Writers Center in Bethesda, Maryland, where classes in poetry and prose predominate. He was a founder and staff member of Charter Theater from 1997 until it closed six years ago. The reading series he led at Charter survived the theater’s closing, acquiring a new name, First Draft, and a new director, Leslie Kobylinski. As a director and dramaturg, Richard remains heavily involved, working one-on-one with playwrights to develop their scripts and leading post-show discussions.

Patricia Davis: How and why did First Draft come into being?

Richard Washer: When we started out in the mid- to late-nineties, there weren't that many opportunities for playwrights with new plays, particularly opportunities for production. While we averaged three full productions a year for over ten years, we also tried to do one new play reading per month. When we decided to stop producing, Leslie Kobylinksi, now Artistic Director of First Draft, expressed interest in taking over the reading series portion of our production year. She saw the value and opportunities of the reading series. The development process of readings, workshops, and productions was something I worked on with then-Artistic Director of Charter Theater, Keith Bridges, when the company was first established. I am thrilled to see today how Leslie has taken that process and developed it into a resource not just for playwrights, but also for audiences and theaters.

Patricia: What is one exciting project you’ve worked on recently and why?

Actually, this production year has already been exciting beyond expectation. I directed a reading of Chris Stezin's newest play, Saint Mel, which was First Draft's entry to the Kennedy Center's annual Page-to-Stage Festival over Labor Day weekend. The risk-taking, language, and story that Chris wrote jumped off the page, into the actors' bodies, and into the imagination of the audience. The play explores the tendency in today’s society to judge and condemn individuals based on what media exposes about people through bold, funny, unapologetic, and honest writing. Watching the chemical reaction of text, acting, and audience that sprang from Chris’ writing was thrilling. The play is an early draft and Chris plans on revisions, but his starting point was so rich and adventurous.

Patricia: First Draft is, in part, your legacy, as well as a continual focus of your attention. What niche does First Draft fill in D.C.? What makes it unique?

Richard: At first blush, the company appears to serve playwrights who are interested in developing their work and hearing their work performed as a reading in front of audiences. However, an even more important goal of First Draft is developing an audience for new plays (which we came to realize we needed to do at Charter as a production company). Over the last three or four years, Leslie has done a stunning job of creating a following for the reading series. She is constantly trying to grow that audience and she works hard to keep a flow of communication with those who have become our regulars, as well as with newcomers. My take with the reading series at Charter focused more on the playwright. It’s the educator in me, I suppose; I wanted to give playwrights (including myself) a home where we could experiment, fail, get up, and try again. That opportunity is still there with First Draft, but the writer now works in the context of forming and developing a relationship with the audience.

At First Draft, we do two readings of each play about a week or two apart at two different venues: one in Washington, D.C. and one in Virginia. We limit each script to one rehearsal, where we take care of logistics, get familiar with the script, and make any last minute adjustments the playwright wants in the text. The one-rehearsal approach is intentional: it keeps actors focused on the text on the page, which is ultimately what the playwright needs to hear in a first draft. Often this reading can clarify what made it to the page and what remains in the writer’s head (often the reading reveals overwriting that needs to be cut or, in other instances, needed material that never made it into the script). After each reading there is a guided audience discussion to get feedback on what audiences found engaging and what they found distracting in their experience of hearing the play and “seeing it” in their imaginations. Following that, the playwright takes part in a dramaturgical discussion of the play with Leslie, myself, and my colleague Chris Stezin, the current Playwright in Residence at First Draft.

Finally, First Draft seeks out partnerships with theaters and organizations that don't have the resources (more often than not, time and money) necessary to develop new work. Recently, First Draft partnered with the Northern Virginia Jewish Community Center to develop and produce a new play for young audiences specifically geared to their community. In another example, I am leading an advanced workshop in playwriting at the Writers Center, and First Draft will provide resources that will include bringing in professional actors to read materials that participants in the workshop are developing (something of a simulation of a reading series, or a mini-reading series, for the workshop).

The Washington, D.C. area has a rich, varied, and very talented community of theatermakers (which makes life and theater in this area so exciting). I find more and more that there are pockets of activities where important work is going on that I didn't know about. Since Charter opened its doors in 1997 there has been an explosion of interest in new plays, not just in this area, but also across the country. I have tried to address what I consider some of the unique qualities of First Draft, but that is not intended to imply that other companies are not doing this work. But I do think the combination of efforts, aesthetics, and goals that Leslie brings to First Draft are unique.

Patricia: Is there any particular aesthetic you gravitate toward? What makes a play compelling to you?

Richard: Leslie makes the choices of what plays to include in the reading series. Selections are made more on the basis of the playwrights and their scripts—and, sometimes a theme, rather than a specific aesthetic. Her theme this year is “All Grown Up,” which means the plays are rewrites from prior seasons. This doesn't mean cosmetic changes or line adjustments, but rather extensive rewrites that take the original impulse as a starting point. I will say from my point of view that with so many valid and exciting voices out there, limiting the scope by defining any aesthetic, or, by implication, a style would be a disservice to the audience and the writers. Having said that, we don't do musicals, not for aesthetic reasons, but because of the resources required.

As for what makes a play compelling to me, I am always drawn by a strong voice and a sense of risk-taking in the writing. The latter can be hard to define, but for me it involves characters, stories, language, and action that come from somewhere deep inside the writing and not from a writer whose eyes are instead on what is topical or popular in theaters and media. In short, material that seems desperately important to the writer. The material need not be refined or finished and, in fact, often is not. But the willingness to tell a compelling and emotionally driven story that belongs onstage (and not on the screen, television, or in a short story) needs to be there.

Patricia: Why is theater important to you?

Richard: I think about this a lot, particularly the older I get and the longer I stay involved. For me, there has a been a paradox in my involvement in theater: as a writer it offers a community in what is otherwise a solitary craft; but at the same time, my involvement is a major distraction, demanding time and energy that takes away from the writing. This has been the case for me for over thirty years, starting with my involvement with community theater, New Playwrights Theater, Source Theater (of the 1980s), all the way to the days of Charter Theater and to today. And all along, my involvement has been guided by a passion for new play development. At its best, when all the parts of the machinery are working in sync, there is nothing more exciting and enthralling to me than a live performance, a shared experience with performers and audience, a community of shared expression. It's also hard to do well. That keeps me around: that mirage called “almost perfect.” You never get there, but you keep thinking, “Maybe next time.”

Patricia: What is the role of theater in today's world?

Richard: Spending much of my life pursuing a passion for theater and writing plays has been something of an existential crisis for me. How many times have I found myself asking, who out there really cares? All the way back in my formative years, Paul Simon was whispering the question in my head: “Is the theater really dead?”

While the landscape has changed, the role of theater hasn't: to entertain, to reflect values, to express outrage (is that still a role?), to question, to celebrate, to grieve, to illuminate.

I grew up in a culture where Broadway defined theater and was the beacon for so many aspiring theater artists. Over the years, the role seems to be shifting to the community: a community defined in some cases by geography, in some cases by demographics, further defined perhaps by cultural values and tastes. And in this digital world artists have so many more tools to find audiences that might in turn create further communities. Over the last forty years I have watched theater in the Washington, D.C. area grow from a handful of big theaters that drew audiences from the metropolitan area to well over a hundred theaters, many of them smaller, each of them carving out their niche and their audience.

So, while the landscape has changed, the role of theater hasn't: to entertain, to reflect values, to express outrage (is that still a role?), to question, to celebrate, to grieve, to illuminate—the list goes on as long as the varied perspectives and experiences do. But the world I grew up in has changed. I am in a forest full of trees, but I suspect that theater will change, as well, and what it means to “do” theater will expand, morph, adapt, and change, just as in the mirror our world changes.